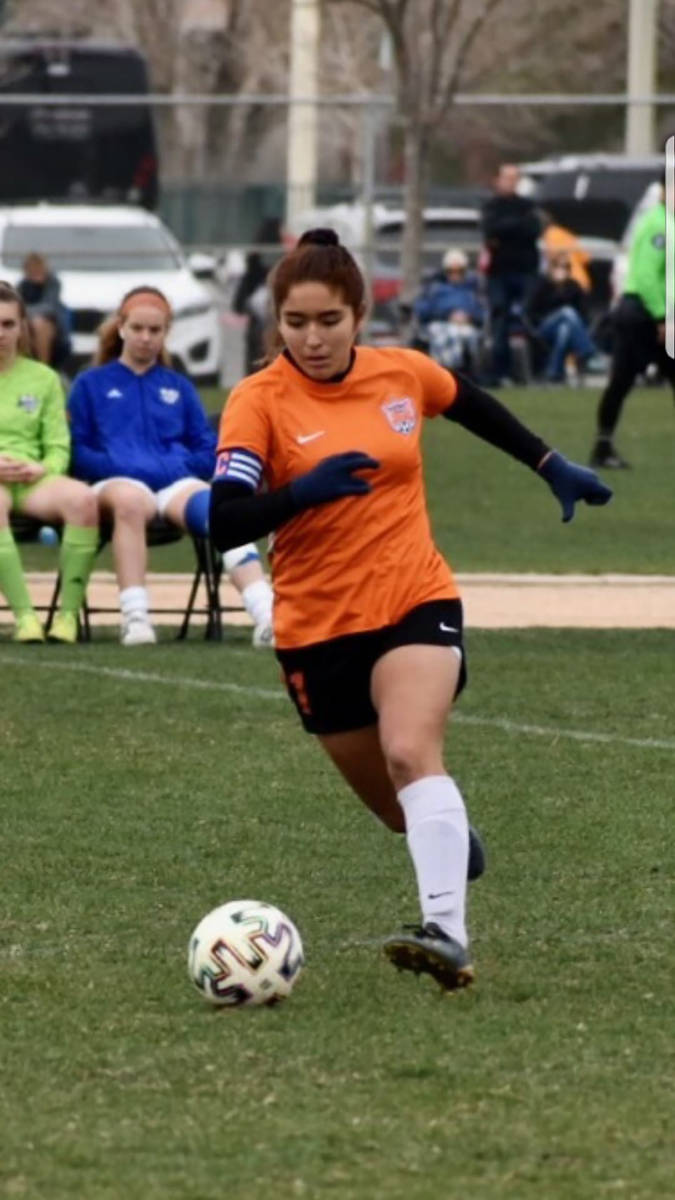 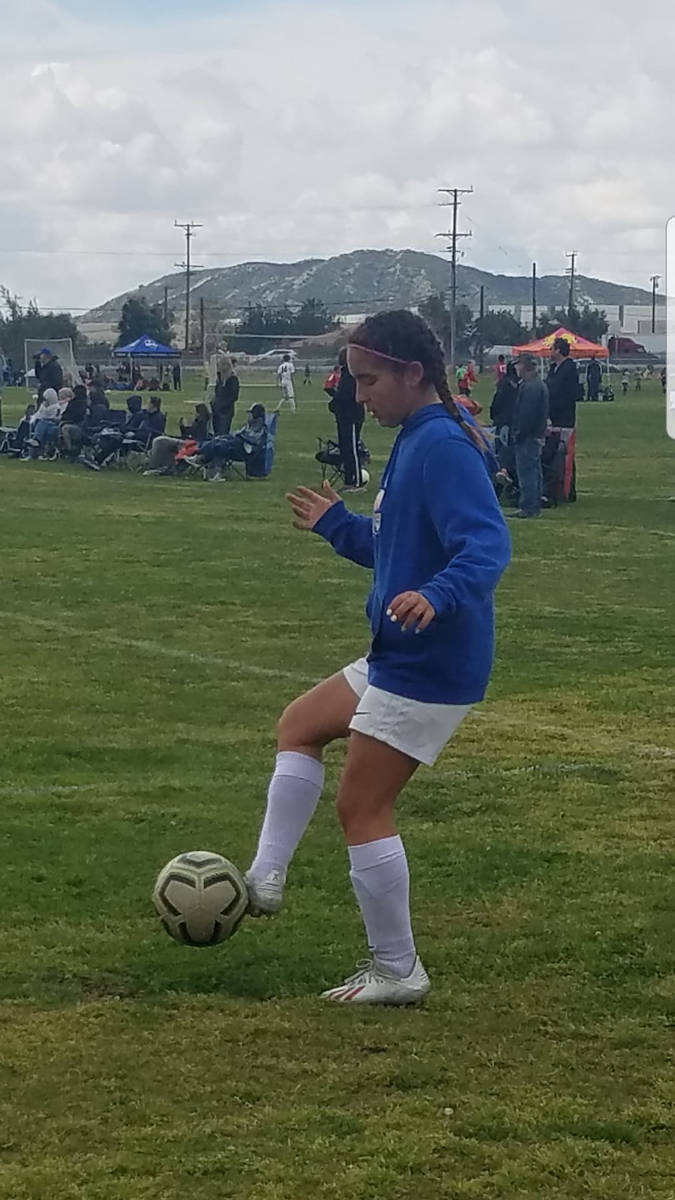 Danny Coleman/Special to the Pahrump Valley Times Pahrump eighth-grader Paris Coleman will take the next step in her soccer career this summer when she attends the West Region Olympic Development Program camp in June at Linfield College in Oregon. 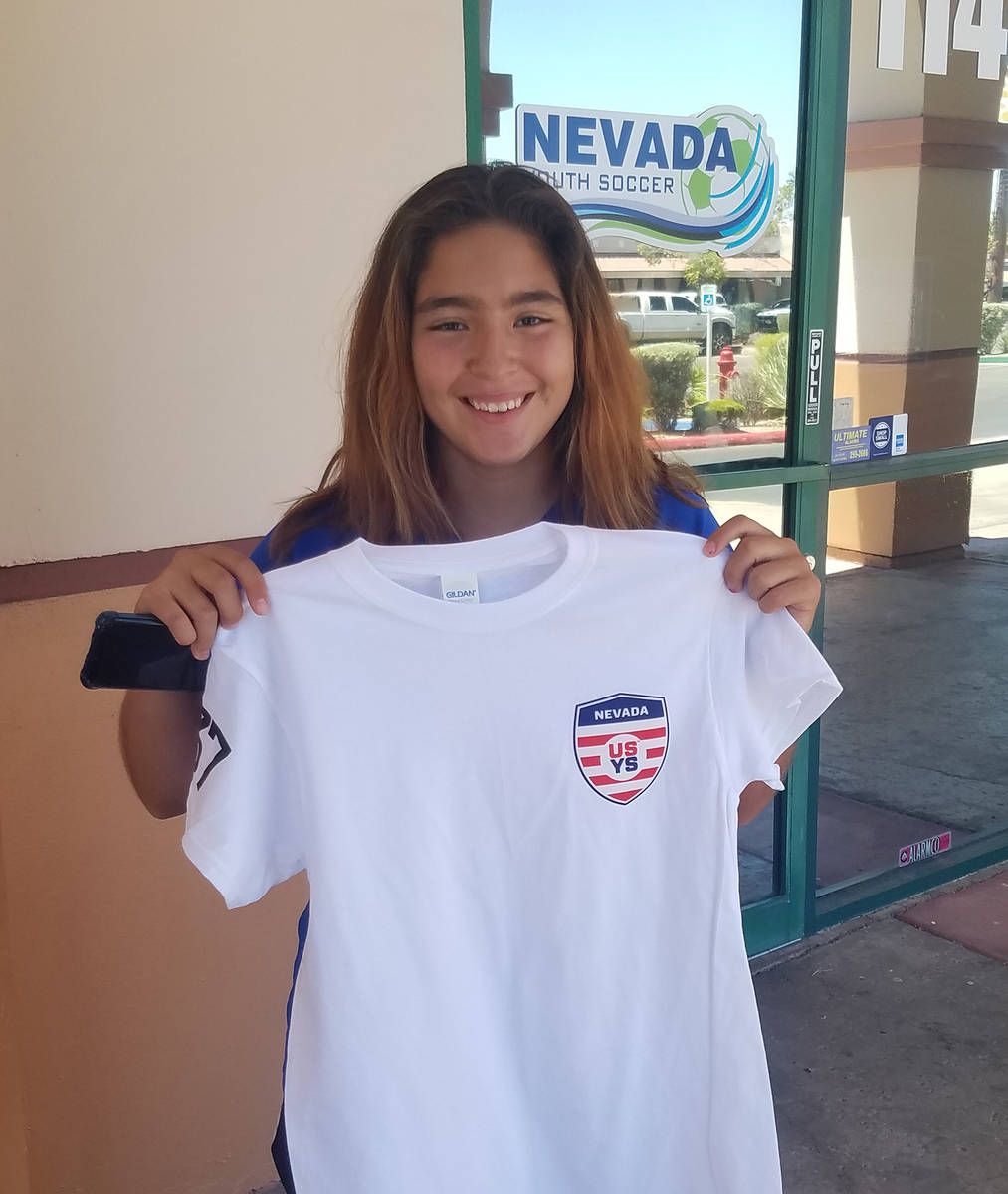 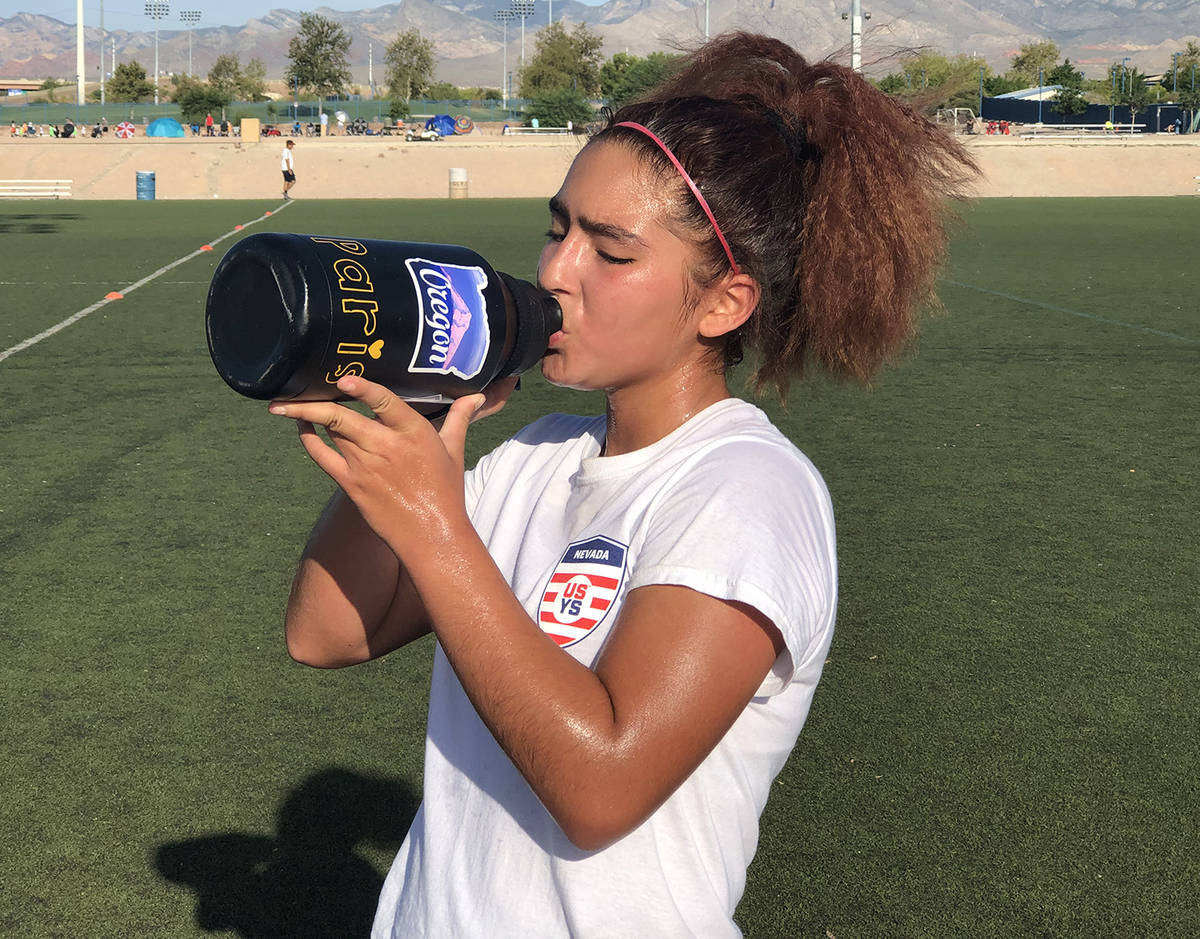 The first word of the long-awaited email told Paris Coleman everything she needed to know.

“Congratulations!” it began, and the next step in the soccer career of the Rosemary Clarke Middle School eighth-grader was underway, a place at the regional Olympic Development Program camp this summer in Oregon.

“You were chosen by the West Region ODP coaching staff to attend this year’s pool camp, which will provide an excellent opportunity for your continued development as an elite player. Those players attending camp will have the opportunity to be selected to play for and represent West Region ODP at our inter-regional and international events.”

It was news the Coleman family had been waiting to hear.

“The ODP tournament was in the beginning of January,” said Paris’ father, Danny. “After everything was said and done, we didn’t know the time frame, and it’s something we’ve been waiting for for a while.”

Paris Coleman is used to being seen as a rising star in soccer, but this was a special kind of validation for her.

The reason for even a small amount of doubt is simple, as elite players from all over the western United States were vying for one of the 60 places in the regional camp.

“We had five teams in our bracket, and there were 12 brackets,” Danny Coleman explained.

“Each region has their own tournament, and every state in the region had a team there,” Paris Coleman said, noting that the West Region tournament was in January. “California had two because they have northern and southern, Colorado had two, Nevada had two, Oregon had two.

Paris said she felt she performed well in that setting, and playing four games allowed players to show a variety of skills.

“I thought I did pretty good,” she said. “With who was on my team, I thought I stood out, and among the other teams we were playing against, too.”

That’s a lot of players to compete against, but Danny Coleman, who has coached youth soccer, sees what makes Paris stand out on a field full of elite talent.

“From what I’ve seen, a lot of it is her intelligence for the game.” he said. “Pair that with her athletic ability — she’s really fast, she’s really strong — and the fact that she can pick things up makes it that much better.”

Paris points out another quality, although it is related to her intelligence for the game.

“I feel like I stand out because I talk and my team knows what’s going on,” the center back explained. “Because I’m in the back, I have vision of almost the whole field. I can let them know what’s going on because they can’t see it.”

Danny said that another important quality is one you can’t see just watching Paris play the game.

“What’s been consistent among all the different coaches she’s played for is that they say she’s coachable,” he said. “She picks something up and applies it wherever she’s at. When she is critiqued by coaches, she doesn’t take offense, she takes it as, ‘I have to work on this,’ and she does it.”

The camp, assuming it goes on as scheduled, will be June 28-July 2 at Linfield College in McMinnville, Oregon. Except on arrival and departure days, the schedule will include two training sessions per day (each lasting 90 minutes to 2 hours), one classroom/presentation session per day, two individual and/or team meetings per day and recovery/regeneration time as warranted.

The training sessions will last 90 minutes to 2 hours each, while the classroom sessions could include but are not limited to nutrition, sports psychology and video analysis.

“I’ve had teammates go to this camp in the past,” Paris Coleman said. “It’s a five-day-long camp, we stay in dorms, and we don’t know people who we’re staying with. It could be teammates, it could be people from other states. There are a lot of different coaches there, and they are picking the regional team. We are going to do drills and scrimmages, and they’re going to see who they want for the regional team at the end of the camp.”

According to U.S. Youth Soccer, final player pools for the ODP West Region cycle will be posted by the first week of August. Players listed will be eligible for further selection to ODP West Region event opportunities that typically occur during November, December and January.

All of this comes at a price, which is $600. For that, players get housing and meals in a dorm setting, training and classroom sessions in state of-the-art facilities, coaching and administrative staff, certified athletic trainers, transportation from Portland International Airport and two T-shirts.

The coaching is done largely by college coaches. For Coleman’s girls 2005 team, the West Region coach will be Kelly Labor, the coordinator of performance analysis and camp coordinator at the University of Colorado. Labor previously has coached at Regis University and Colorado State University.

Assisting Labor will be Fields Brown, the assistant director of coaching for a club in Colorado and a former coach at Wofford College and Georgia State University.

Of course, the pandemic caused by the coronavirus could put all of this on hold.

“It might be a possibility, but so far we haven’t heard anything about it being canceled or postponed,” Paris Coleman said.

That’s not the case for her club team, Heat FC ‘05, which suspended all trainings, practices and games on March 12, just before the Nevada Youth Soccer Association and Elite Clubs National League did the same. Paris said her team was in first place in its division when play was stopped.

“I still work out at home,” she said.

Of course, she’s still an eighth-grader, and there are other things to be doing at home while schools are closed.

“Our teachers are sending us work to do,” she said. “One teacher sent us 20 assignment to do over two days. Math. It was kind of hard to do. We had to watch videos and then answer the questions.”

It’s not the same as being in a classroom any more than working out alone is the same as being on a soccer field. And Paris, who plays multiple sports — she’s a strong volleyball player, and she has personal bests of 30 feet, 5 inches in the shot put and 81 feet in the discus — is not yet sure if she will be playing any sports for Pahrump Valley High School.

“If I do end up playing anything in high school, it would have to work around my club schedule. because that’s my priority,” she said.