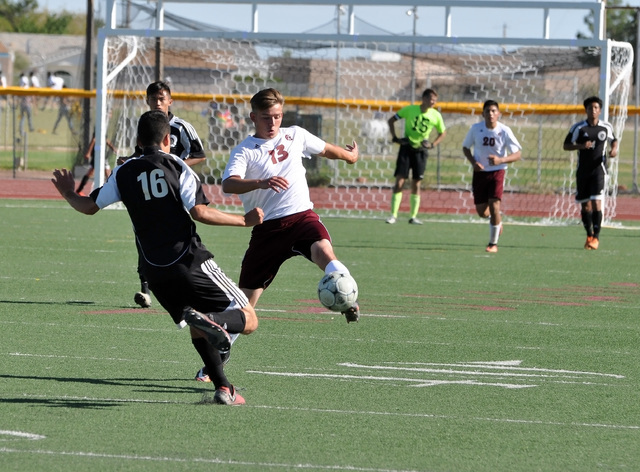 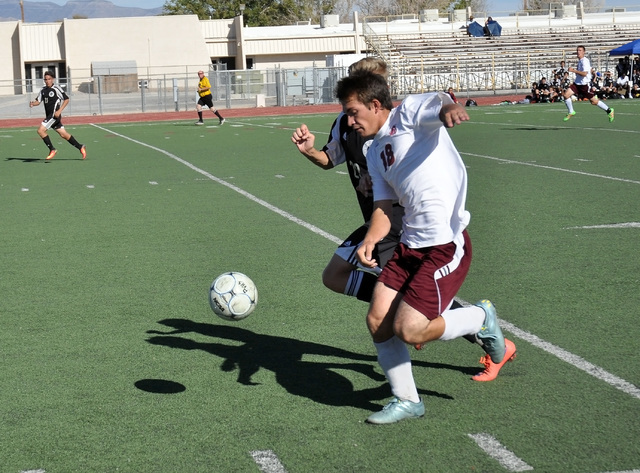 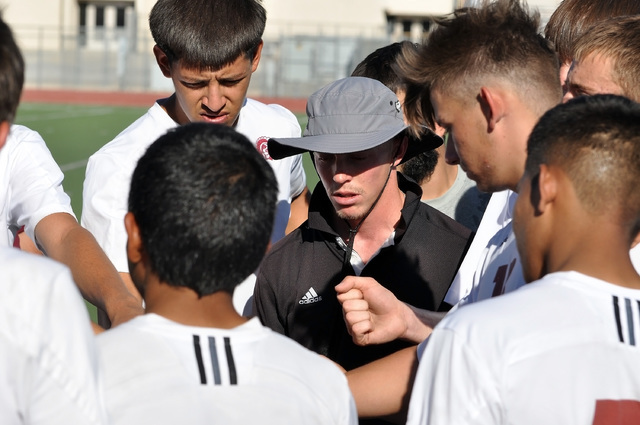 The Diamondbacks, a 4A team, stretched the Trojans’ (2-2-1 overall, Sunset League) defense out according to Trojans coach Wes Icard to get both their goals.

“We needed to play this team tighter and have better formations,” the coach told his team after the game. “Also, we need to communicate better as a team.”

Despite the two goals, the coach said his defense looked better and played Desert Oasis tight.

The Trojans are hoping to do better in league play this year due to the realignment of the teams.

Last year in Division I-A the Trojans managed only five wins with no league wins (0-12). With four of the top five teams leaving the league, the Trojans are hoping to turn things around.

Icard said his team was getting better at communication, meaning the team members have to talk to each other on the field.

He also said the offense was a work in progress and that the team had to work on their ball control.

Ball control was something that the Diamondbacks did well against the Trojans, orchestrating two goals by getting the right personnel in a position to score.

The coach felt that playing three games in a row was a bit much.

“It would be nice to have a practice between games,” he said. “The team is fine physically, but need the practice to adjust. They played this team (Desert Oasis) the same way they played Moapa Valley.”

The Trojans took third place at the Spring Creek tourney.

“That was better than the last time we went and took fourth,” the coach said.

The Trojans played Adelson School on Thursday, which was past deadline.