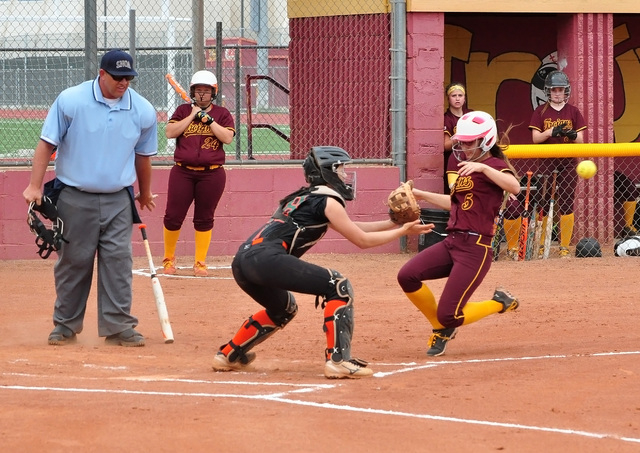 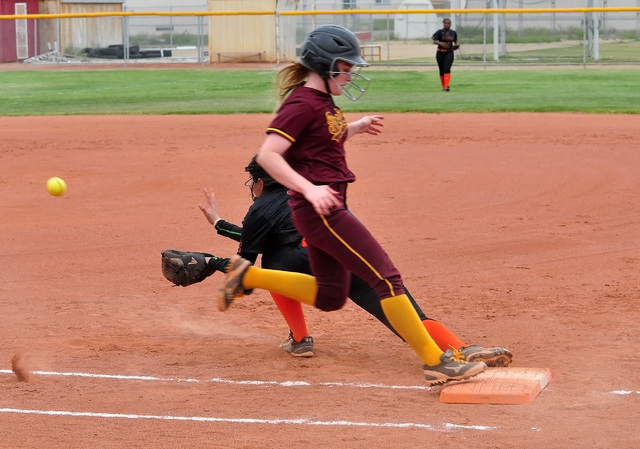 The Lady Trojans softball team split their last two games and ended the first half of the season at Faith Lutheran on Tuesday, which was past deadline.

On Thursday the girls gave Mojave some hitting lessons as they went through the batting lineup twice, once in the first and once in the second, beating the Rattlers at home 15-2.

In the Mojave game, the first inning saw 14 Trojans come to bat, which yielded nine runs on four hits. The starting Rattler pitcher couldn’t find the plate in the first and walked six batters.

By the end of the second inning Pahrump Valley led 12-1. Amaya Mendoza pitched three innings, looking strong. She had three strikeouts and walked one.

Krista Toomer came in for some work in the fourth and also had a strong showing with three strikeouts.

The Trojans lost to the Sunrise League leader, Boulder City (18-4, 7-0), on Saturday 1-0. Despite the loss, Amaya Mendoza had a great game, shutting out the Eagles for six innings.

Trojans coach Eli Armendariz thought they should have won the game against the Eagles and was pleased with his team’s efforts.

“As long as we play to our capabilities we can beat any other team,” he said. “Against Boulder City our defense kept us in the game.”

The coach said Boulder was able to get three or four hits in the seventh inning with one out to win the game.

“We were playing the infield in and they just hit,” Armendariz said. “Our pitcher, Amaya Mendoza, pitched a very good game.”

Armendariz said his team is focused.

“We saw good pitching at Boulder City,” the coach said. “And that pitcher is just as good as the Faith pitcher, so we know going into Faith that we can hit good pitching because we hit the ball well against Boulder, it was just to someone.”

The coach compared Boulder City’s pitcher, Charlene Masterson to Faith Lutheran’s Mosie Foley and said the Trojans hit Masterson hard and they should do the same to Foley on Tuesday.

A win at Faith Lutheran could give second place to the Trojans, who are tied with Spring Valley.