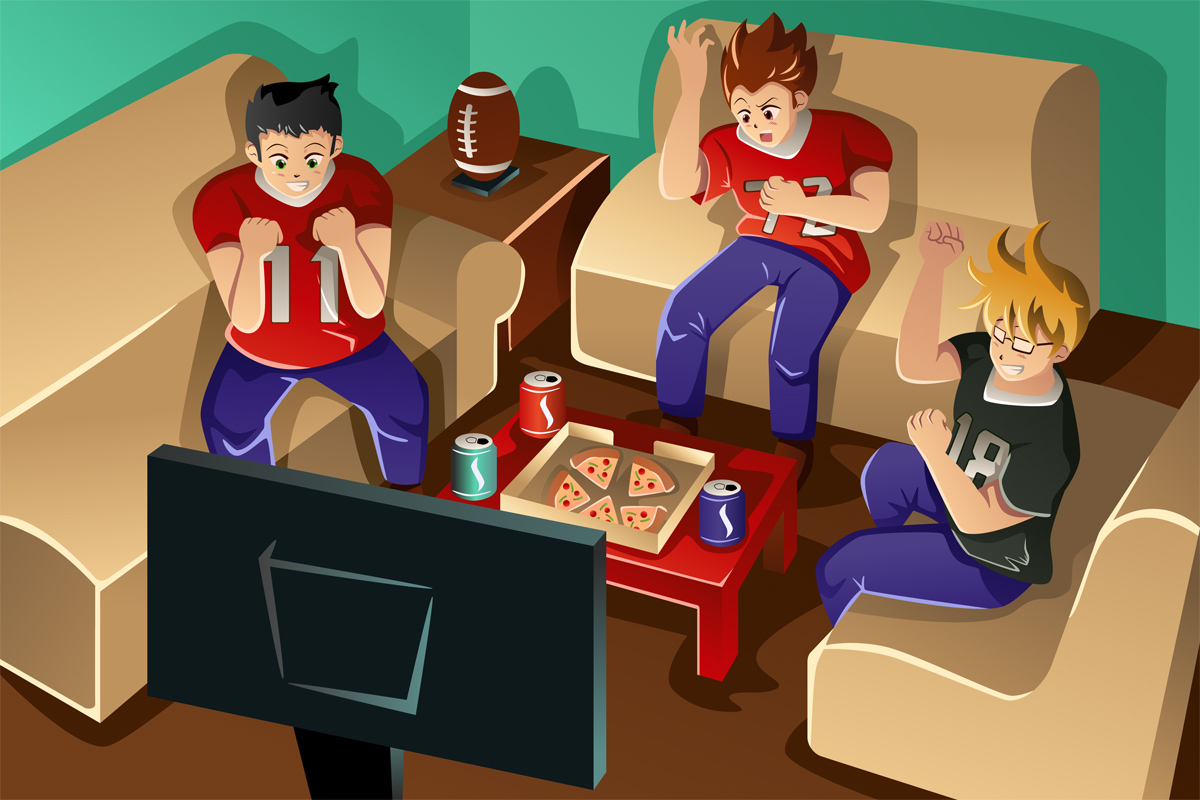 Cable TV and satellite TV providers say sports channels have been the reason for higher rates in the past few years.

How many sport channels from your cable or satellite TV provider do you actually watch? Most people only watch a few. There are just too many to watch out there and because of this people fight their cable and satellite providers all the time to get only the channels they watch. This is the age old argument: Why should I pay for something that I don’t watch?

Sports programming is the biggest example of this. Channels like ESPN and Fox Sports cost more to provide to people because it is live programming. According to the Los Angeles Times, a survey said that some sports channels costs consumers $12 per month per channel, where non-sports related content could be as cheap as .50 cents per channel.

Of course, the sports channels are highly preferred by the major advertisers because they have found that live sports programs are more apt to be watched in their entirety and people will tend to not fast-forward through the commercials, but the costs of the sports has driven the cost of TV up.

According to the Los Angeles Times, as many as 7 million people have left satellite TV and cable providers because of this inability for these providers to allow the consumer to choose what they want to watch.

Cable companies and satellite companies claim they still can’t break packages offered into smaller ones. For example, if you got basic channel packages you had to take the ESPN channels too. The PVT called a Dish representative and she confirmed that certain packages could not be broken up.

Viewing has changed over the years and a rebellion by consumers is dictating this change.

A 2013 Ericcson Consumer Insight Summary report suggests changes are on the way. This study shows more viewers are demanding that a’la carte viewing be provided by TV providers. This demand is even creeping into the senior citizen bracket.

Ericcson said the senior crowd is becoming advanced video users. The survey found, “As many as 41 percent of 65–69 year olds studied stream on-demand/time shifted TV and video content, including YouTube, on a more than weekly basis.”

The Ericcson survey even said, “We are witnessing the birth of aggregated, pick-and-mix TV solutions. The quest has begun to become the first easy to use, à la carte TV solution provider that aggregates consumer TV and video needs. Consumers rank having an à la carte TV offering as the fifth most important aspect of their viewing experience.”

Locally, in the Pahrump Valley, there are people who find TV to be too costly to pay for. Most of these people are younger people in their 20s. The 20s something crowd get their TV from online sources for free or close to it, instead of taking on a cable bill. Dustin Erickson, a 24-year-old resident, said, “ I can’t afford a cable bill. I get most of my TV from providers like Netflix, where I pay as low as $7 per month and I know a bunch of my friends who are doing this too. Last year I even watched the Super Bowl online for free,” he said.

Cable companies and providers like DirecTV see the writing on the wall, but are slow to change. According to DirecTV spokesman, Robert G. Mercer, the skyrocketing costs of producing sports has driven sports programming to evolve into what we see now, where there is the Dodger Channel or the Pac 12 Channel. Mercer said DirecTV is fighting to keep costs down and this is why DirecTV doesn’t have the Pac 12 Channel or the Dodgers Channel.

“Offering sports networks with other news and entertainment channels worked fine when sports prices were far more stable and consistent. But the cost of games has continued to skyrocket. In fact, sports programming is one of the primary reasons the price of basic TV has more than doubled in the past ten years. We need to keep the most loyal fans connected to their favorite teams without obligating others to pay higher and higher prices for games they don’t want. Our point is, offer sports at a price that won’t drive up everybody’s bill, or just make it available to those fans, which are willing and able to pay for it,” Mercer said in an email.

The problem remains — the costs. Will consumers pay the higher prices that the Pac 12 Channel and the Dodger Channel demand?

Mercer does not think these high priced packages are the answer.

“If you look at the Dodgers situation, it’s very disappointing frankly, that Time Warner Cable did an unprecedented deal, far above any rational view of the market, for a premier baseball team, and created another channel that only has content six months out of the year. Frankly, I don’t think it’s been good for consumers or for the pay TV industry. We would still like to carry the Dodgers. We’re still having discussions with Time Warner Cable about it,” he said.

He then talks about what the Houston Astros did in Texas and how that deal went south quickly for the Astros. “CSN Houston went into chapter 11 bankruptcy when the price proved too high for area TV distributors to carry it and most Astros and Rockets fans haven’t been able to see their teams play for the past 21 months,” he said. “And we all know what’s happened with the Dodgers whose $8.35 billion deal with Time Warner Cable has resulted in nearly 70 percent of the people living in the area not being able to see any games, including two no-hitters.”

Mercer said the concern is that the proliferation of over-priced sports channels is occurring with far greater frequency and will only grow worse, as teams and conferences try to keep pace with their on-field competitors by chasing the biggest potential payday, no matter what it costs the fan.

David Lazarus recently said in his article in the Los Angeles Times, “Trapped into paying extra for Cable TV sports” that customers are paying half their bills to support sports channels. Many of those channels people don’t watch.”

This will only change if the TV providers get the message and it will take more than seven million viewers to change their viewing habits.

In the end, Mercer makes a good point, “I think what we’re all just trying to say is, look, it seems to be the only industry I know of where in some ways, the more competition, the higher the prices. In this case, it’s a tax on most customers who wouldn’t pay it if they had a choice,” he told the PVT in response to the Dodger Channel prices.