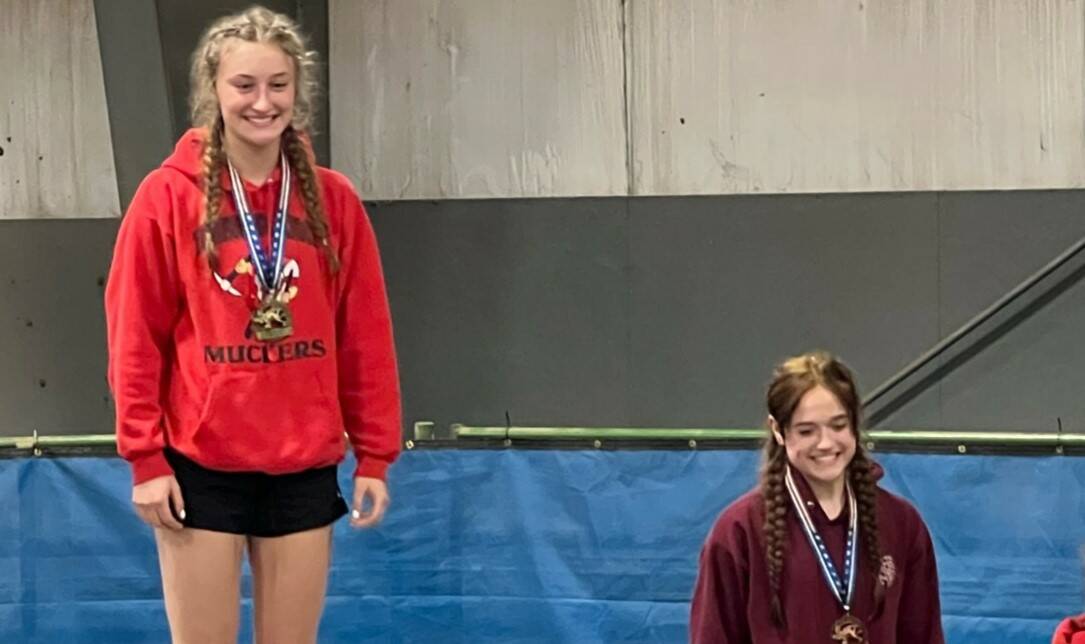 Special to Tonopah Times Senior Montana Strozzi (left) finished in first place for the 118-124 pound weight class in the Panguitch Invitational on Saturday, Dec 3. Strozzi went 5-0 with four pins in the tournament. 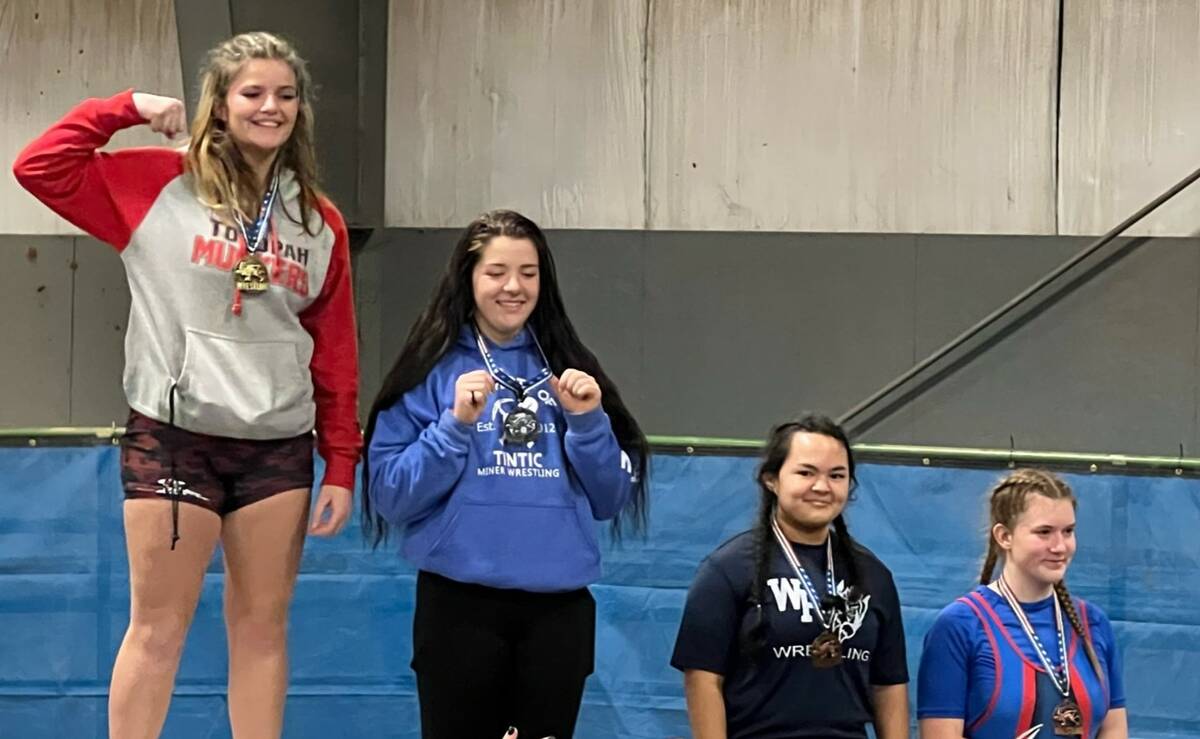 Special to Tonopah Times Junior Kaya Cobb (far left) took home first place in the 166-190 pound weight class in the 2022 Panguitch Invitational. She finished 5-0 with five pins in the tournament.

The invitational had a boys and a girls tournament with students traveling from all over Nevada and Utah.

The Muckers had eight total participants in the invitational – four girls and four boys.

Senior Montana Strozzi and junior Kaya Cobb each won their respective divisions in the tournament.

Strozzi, who competed in the 118-124 pound division, finished her day with a perfect 5-0 record.

Strozzi won four of her five matches with first round pinfalls. Her only non-pinfall win was a 15-7 decision.

Cobb, like Strozzi, ended her day undefeated with a 5-0 record in the 166-190 pound division. She won all five matches by pinfall, with four of them coming in the first round.

The other girls who competed in the invitational for the Muckers were Brianna Sanderson and Macie Strozzie.

In the boys tournament, Talon Smith had the best finish for Tonopah.

He went 3-6 for the day, giving him sixth place in the 215 pound division. Smith went 2-3 in pool play and 1-3 in the bracket tournament.

Mitchell Miller was the only other Mucker who finished in a top-10 position. He finished in ninth place in the 132 pound weight class, going 3-4 overall.

Miller went 1-4 in the pool play, then went 2-0 during the bracket tournament.

Tonopah’s next wrestling meet will take place this Friday and Saturday, Dec 9-10, in Winnemucca when they participate in the Cody Louk Invitational.

You can track the results of each match by going to trackwrestling.com.