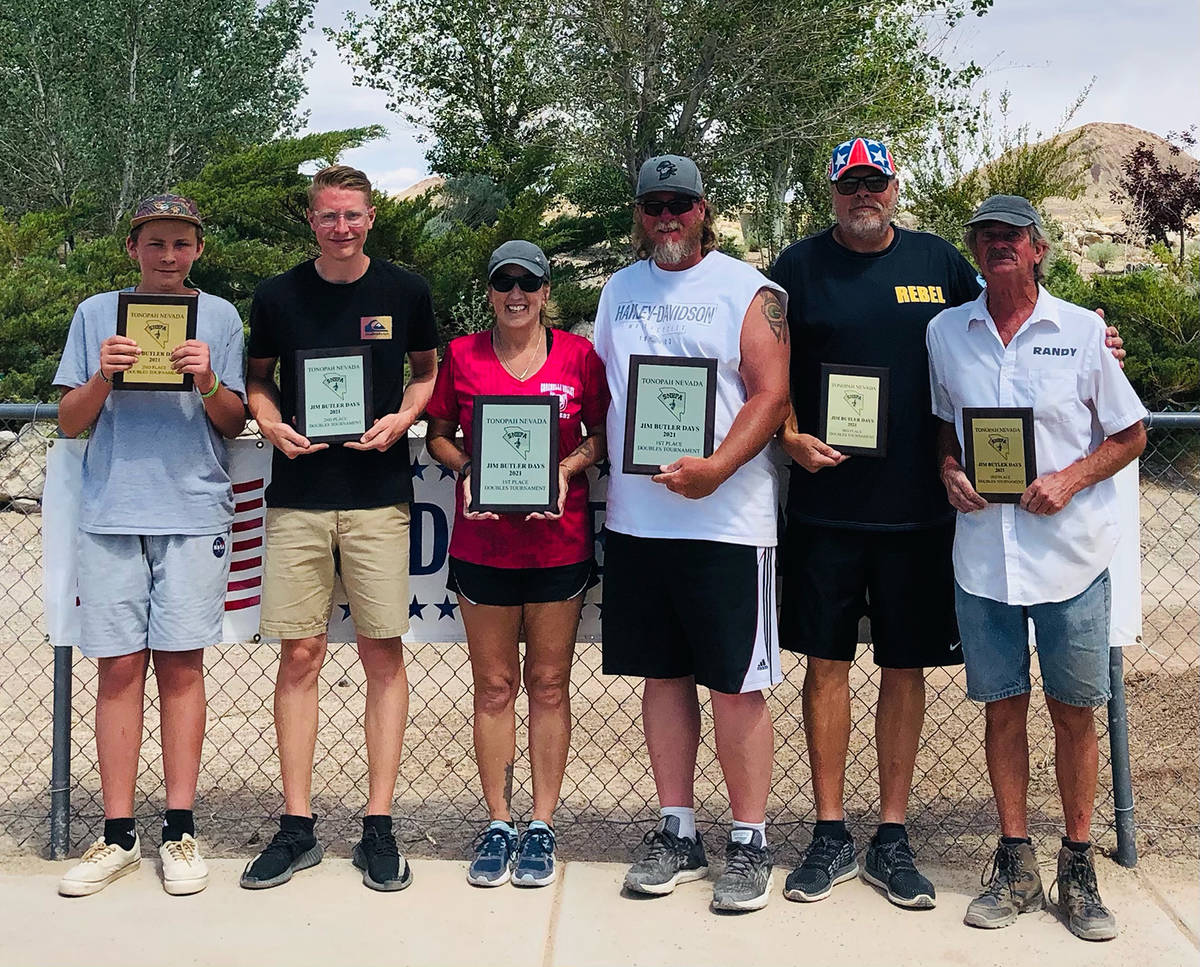 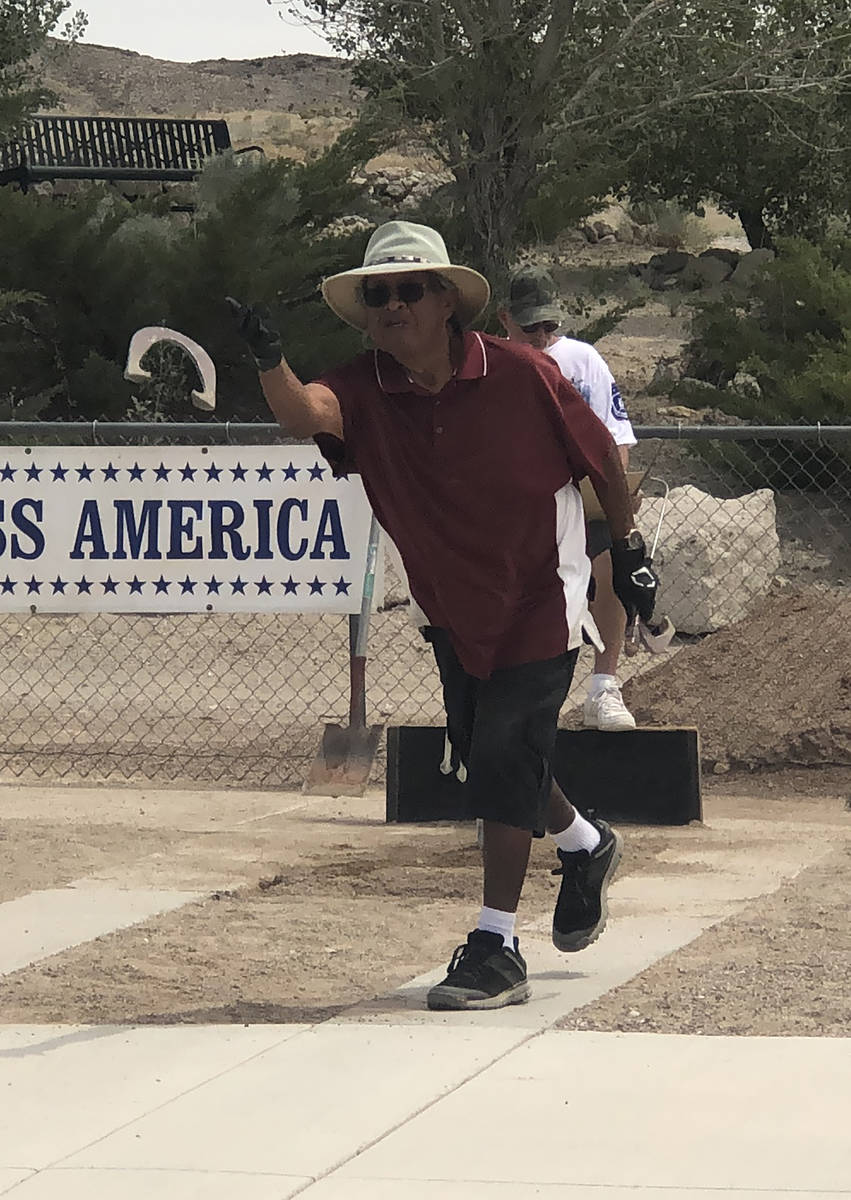 Tom Rysinski/Pahrump Valley Times Tournament host Ken Jose of Tonopah pitches a horseshoe during his Class B game against Mark Kaczmarek of Pahrump during the Jim Butler Days Tournament at Joe Friel Sports Complex in Tonopah.

That was borne out over Memorial Day weekend, when two of the four divisions in the Jim Butler Days tournament featured younger pitchers finishing first while a parent finished second.

“He is really starting to play very good horseshoes,” Lathan said of Vance, who is 13. “He only started last summer.”

Vance Dilger was the only pitcher to go undefeated at Tonopah’s Joe Friel Sports Complex, going 5-0 despite having fewer ringers and fewer points than his mom and Randy Salzwimmer of Pahrump, who finished third in Class C.

A similar thing happened in Class B, as Lathan Dilger had one more ringer and led Kasey Dilger 157-134 in points, but it was Kasey winning four out of five games while Lathan went 3-2.

Louie Escalante of Reno won four of five matches to claim the win in Class A, overcoming 121 ringers by Sandra Johnson of Bishop, California, who went 3-2. Pahrump’s Dennis Andersen finished second on a tiebreaker with Johnson after also going 3-2, nailing 93 ringers but outscoring Johnson 222-213.

Class D featured the most drama, as Mike Dedeic and Jefferson Counts of Pahrump each went 3-1 during the round robin. Despite hitting only half as many ringers as Dedeic on the day, it was Counts winning the playoff and earning his first National Horseshoe Pitchers Association patch.

Doubles teams are chosen by draw, with pitchers divided by entering ringer percentage and a pitcher from the top half matched with a pitcher from the bottom half for the round-robin tournament. Johnson and Bill Hummel of Tonopah, Kasey and Vance Dilger and Lathan Dilger and Salzwimmer each went 7-2, forcing a playoff.

“We did a three-way flip of one horseshoe, and the odd team got to sit out,” Lathan Dilger explained. That was Johnson and Hummel, who watched as the Dilger cousins won the first playoff game to earn a spot in the final. Johnson and Hummel then defeated Kasey and Vance Dilger to claim the tournament title.

As usual, there were 50/50 raffles held each day, with Shalise Hummel of Tonopah winning $48 on Saturday and Kasey Dilger pocketing $65 on Sunday. The tournament drew 23 pitchers Saturday and 20 pitchers Sunday on what was a perfect weekend to be outdoors.

“I’d like to thank Joni Eastley and the Jim Butler Days committee for providing the awesome plaques for the Sunday doubles and Sara Gurgol for an outstanding job directing both tournaments, Ken Jose for hosting the event and buying us all lunch on Saturday and to all the players that traveled to Tonopah for the event,” Lathan Dilger said.