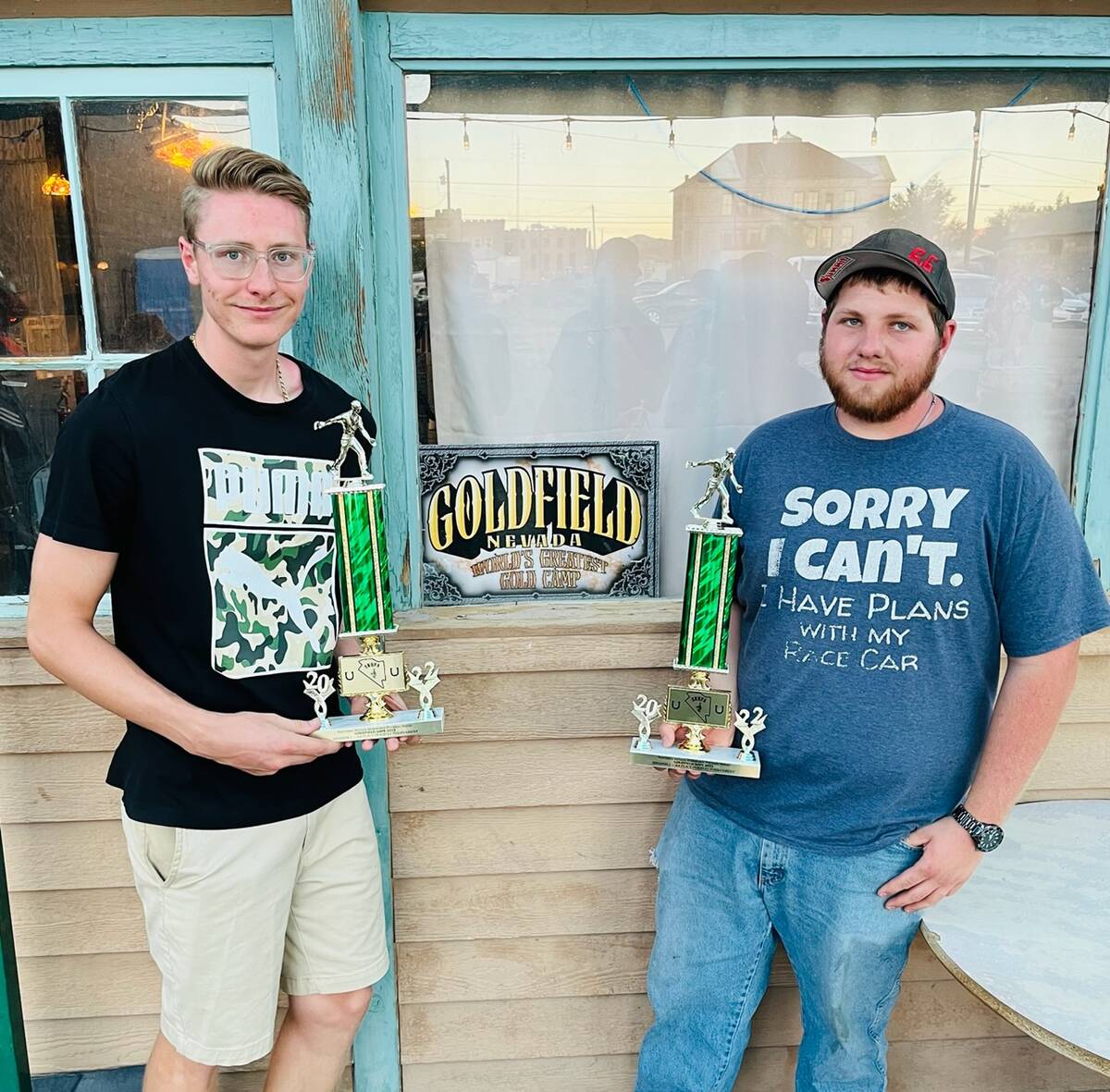 Special to the Pahrump Valley Times Kasey Dilger (left) and Rory Bradley (right) finished the Goldfield Days SNHPS horseshoe tournament in third place. They finished with a tournament record of 2-4. 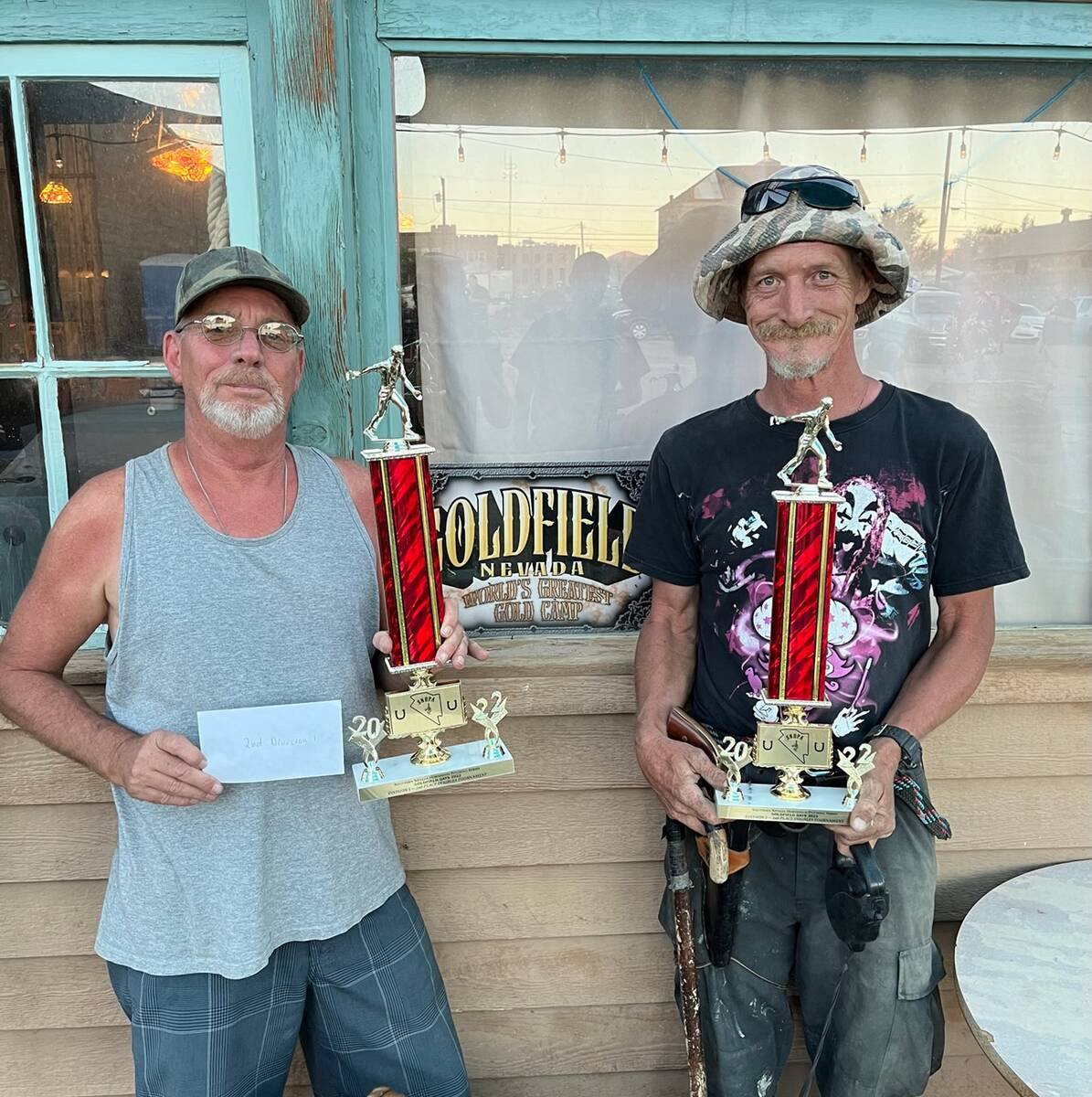 Special to the Pahrump Valley Times Mark Kaczmarek (left) and Johnny Kinzer (right) finished the Goldfield Days SNHPS horseshoe tournament in second place. They finished the tournament with a record of 4-2. 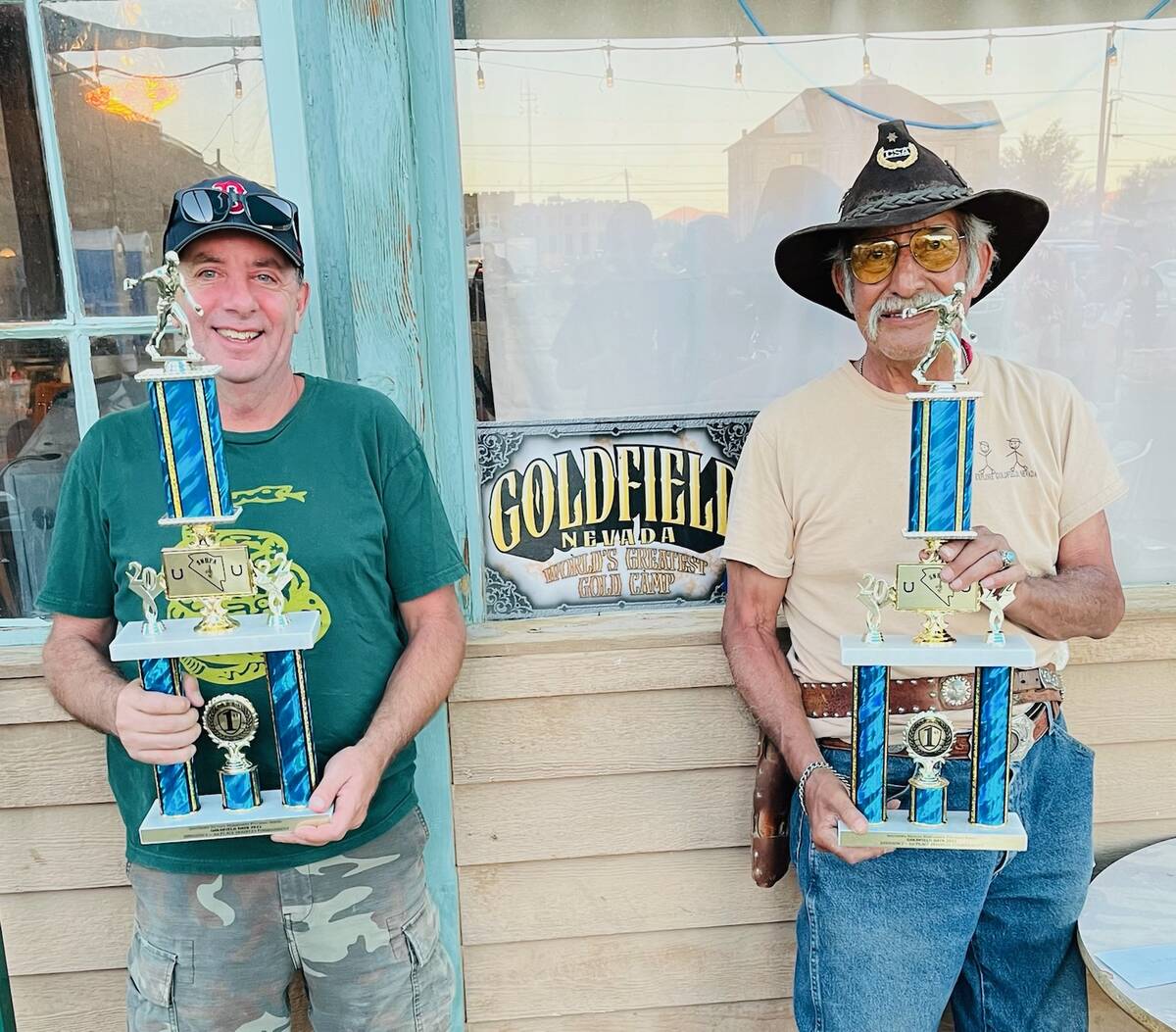 Special to the Pahrump Valley Times Joe Kalache (left) and Ernie Monaque (right) finished in first place at the Goldfield Days horseshoe tournament on Saturday, Aug 6, 2022. They ended the tournament with an undefeated record of 6-0. 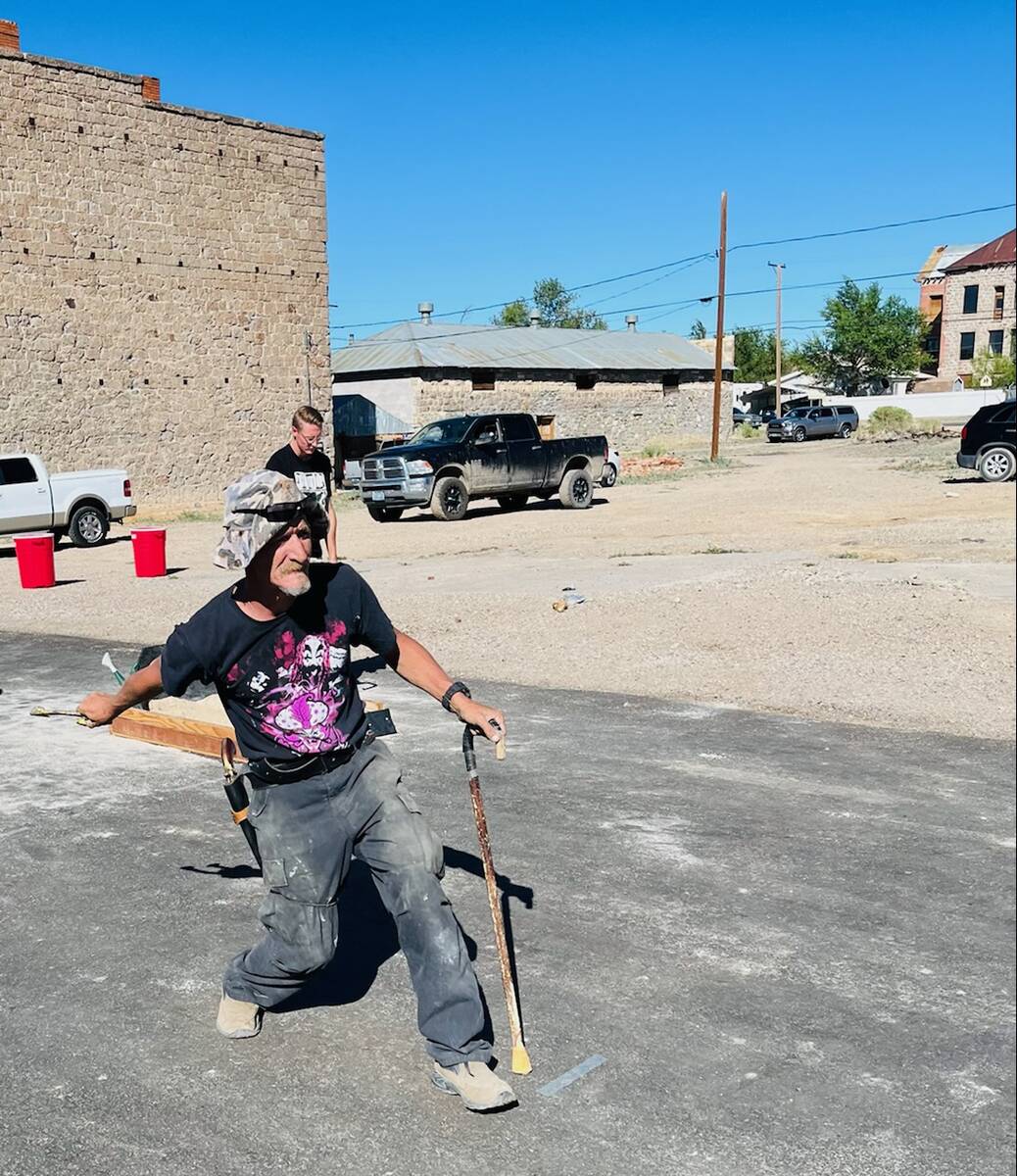 Special to the Pahrump Valley Times Johnny Kinzer of Goldfield throwing a shoe during the Goldfield Days SNHPS horseshoe tournament on Saturday, Aug 6, 2022.

This was the league’s first tournament since the Fourth of July weekend. All of the Nevada horseshoe leagues have been off since the middle of July because of the World Horseshoe Pitching Championships taking place in Monroe, Louisiana. There were eight pitchers on Saturday who participated in the doubles, round-robin style Goldfield Days tournament.

The players were split into division one and division two based on their ringer percentage, then a division-one player was paired with a division-two player.

The team of division-one player Joe Kalache, of Las Vegas, and division-two player Ernie Monaque, of Goldfield, finished the tournament in first place with an undefeated record of 6-0.

For their first-place finish, each player received 20 points for the season standings, a trophy, cash, a tournament champion patch and an automatic spot in the playoff tournament at the end of the season.

In second place for the tournament was the team of division-one player Mark Kaczmarek, of Pahrump, and division-two player Johnny Kinzer of Goldfield.

Kaczmarek and Kinzer finished the tournament with a record of 4-2. Their only two losses came against the team of Kalache and Monaque.

For their second-place finish, Kaczmarek and Kinzer each received 10 points for the season standings, a trophy and a cash prize.

In the third and final prize-winning position was the team of division-one player Kasey Dilger, of Pahrump, and division-two player Rory Bradley of Tonopah.

Dilger and Bradley finished with a record of 2-4 in the tournament. Their only wins came against the team of Lathan Dilger, of Pahrump, and Lee Pinherio, of Las Vegas.

For their third-place finish, Dilger and Bradley each received 5 points for the season standings, a trophy and a cash prize.

The only team that didn’t finish in a prize-winning position was the team of L. Dilger and Pinherio.

They finished in fourth place in the tournament with an overall record of 0-6.

The next horseshoe tournament will take place this Saturday, Aug. 13, at Leavitt Park in Las Vegas. The Sin City Nights tournament will be a sanctioned Nevada State Horseshoe Pitching Association event and will begin at 6 p.m. Pitchers are asked to show up at least 30 minutes early for registration.