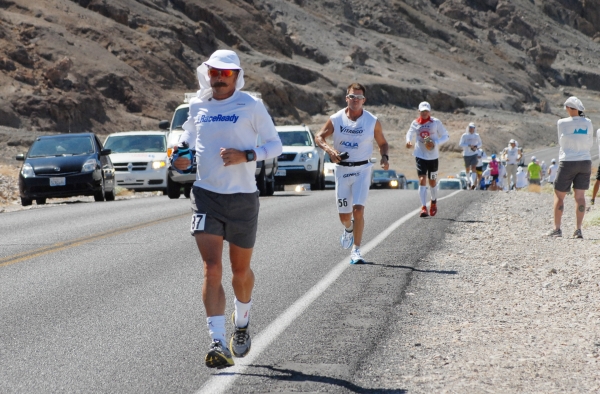 No, this is not a story on the valley’s water, rather it’s about how one can race in one of the toughest races on the planet. This is a reminder for all the ultramarathoners in town that the application window for the STYR Labs Badwater 135 Ultramarathon by AdventureCORPS, which is run in Death Valley every year in July, is from now until Feb. 2. The race will be run this year from July 18-20.

The world’s “toughest foot race” wants you. The application process is simple enough, you just have to be selected by a panel. Oh, and one other thing, one needs to have run a few other ultramarathons to be selected, three to be exact. Of course, if you recently have been down to Brazil and ran the Brazil 135 that counts as three. Only 100 racers will be selected to run this race.

According to AdventureCORPS, this is the 39th year of the race.

The race starts at Badwater Basin within Death Valley National Park, the lowest point in North America at 280 feet below sea level and the location is officially recognized as the hottest spot on earth (hitting 134 degrees Fahrenheit in 1913). From that auspicious start line the course covers 135 miles nonstop over the most epic terrain imaginable, including traversing three mountain ranges, for a total of 14,600 feet of cumulative vertical ascent and 6,100 feet of cumulative descent. The race finishes at the end of the road, high on Mt. Whitney, the tallest mountain in the Lower 48, making it the most demanding and extreme running race offered anywhere on the planet. For those who finish in less than 48 hours, their reward is the coveted Badwater 135 belt buckle. There is no prize money.

AdventureCORPS said based on past participation it is anticipated that the 2016 field will include runners from 20 to 25 American states and represent 20 to 25 countries or nationalities.