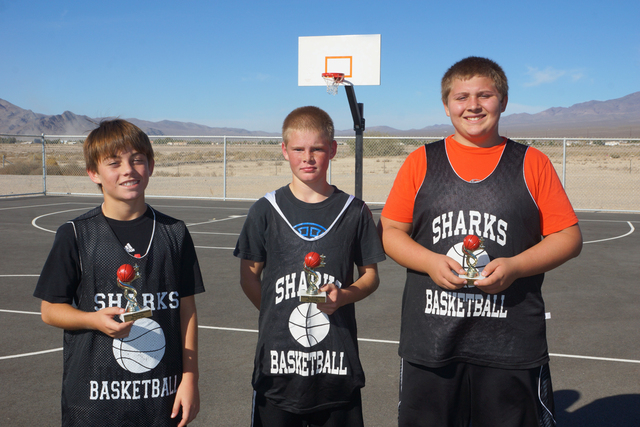 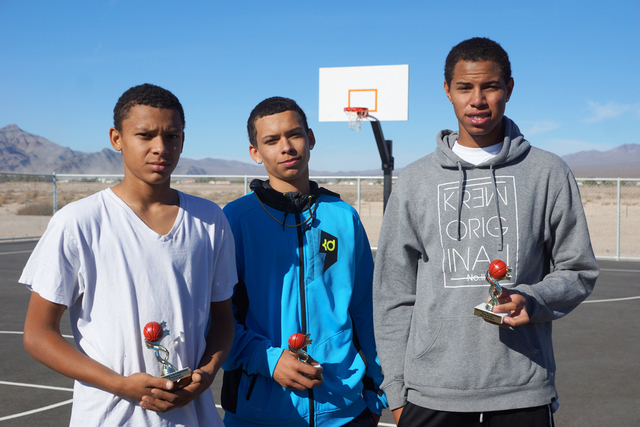 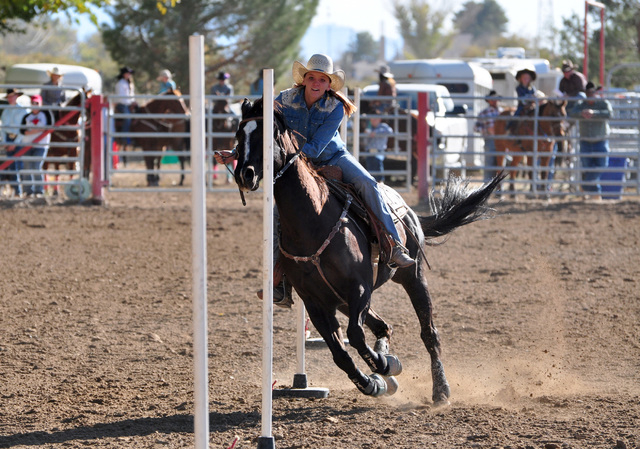 Members of the Pahrump Parks and Recreation Advisory Board held their first ever 3-on-3 Community Basketball Tournament this month at the newly constructed basketball courts at Simkins Park.

Board member Dave Harris said he was pleased with the inaugural event, which was essentially the grand opening of the newly completed basketball courts at the park.

“We all enjoyed the opportunity to break open the new courts here at Simkins Park and they are very nice.” He said.

Although five age divisions were scheduled to compete on Saturday, officials were forced to make a few adjustments Harris said.

Among the players who did take to the court, the Trophies team from Rosemary Clarke Middle School earned trophy’s for their efforts in the 12-14 division, while the Elite squad won overall.

Harris said the advisory board has plans to build on this year’s tournament.

“We are going to discuss this at the next parks and recreation board meeting in January,” he said. “I suspect this will not be the only one we’ll ever do. We learned a few things this time and we’ll eventually give it another shot.”

The initial structure of play consisted of a half-court format.

Due to make up of the teams, however, officials decided to slightly alter it.

“It was the kids who actually decided to play full court, but after watching them run the court for a while, I think they may have regretted their decision,” Harris said with a laugh.

The construction of the new basketball courts did hit a few snags earlier this year.

Harris said the Pahrump Town Board and Town Manager Susan Holecheck were not satisfied with the condition after the project was first completed in early summer this year.

Just days after the town held a ribbon-cutting ceremony to commemorate the new courts, they determined the surface of the court was too sticky.

Aside from the two full-size courts, the project had additional amenities such as drinking fountains for players and adjacent seating areas.

“After they laid the basketball court, we had a ribbon cutting,” said Town Manager Susan Holecheck. “I went out there and thought it was the worst basketball court I had ever seen.”

“It didn’t meet the specifications for how it was to be engineered,” Harris said. “The town paid for it to be a certain way and the contractor came back to do the job right, which they did.”