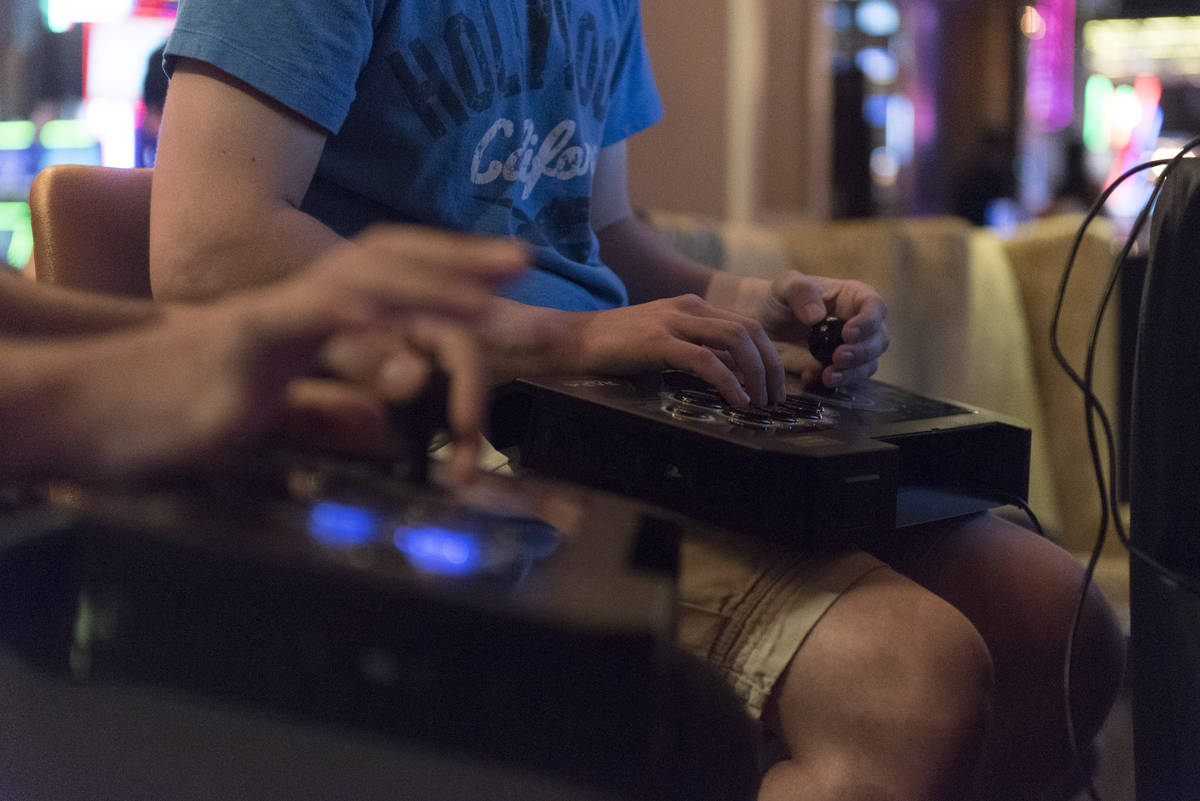 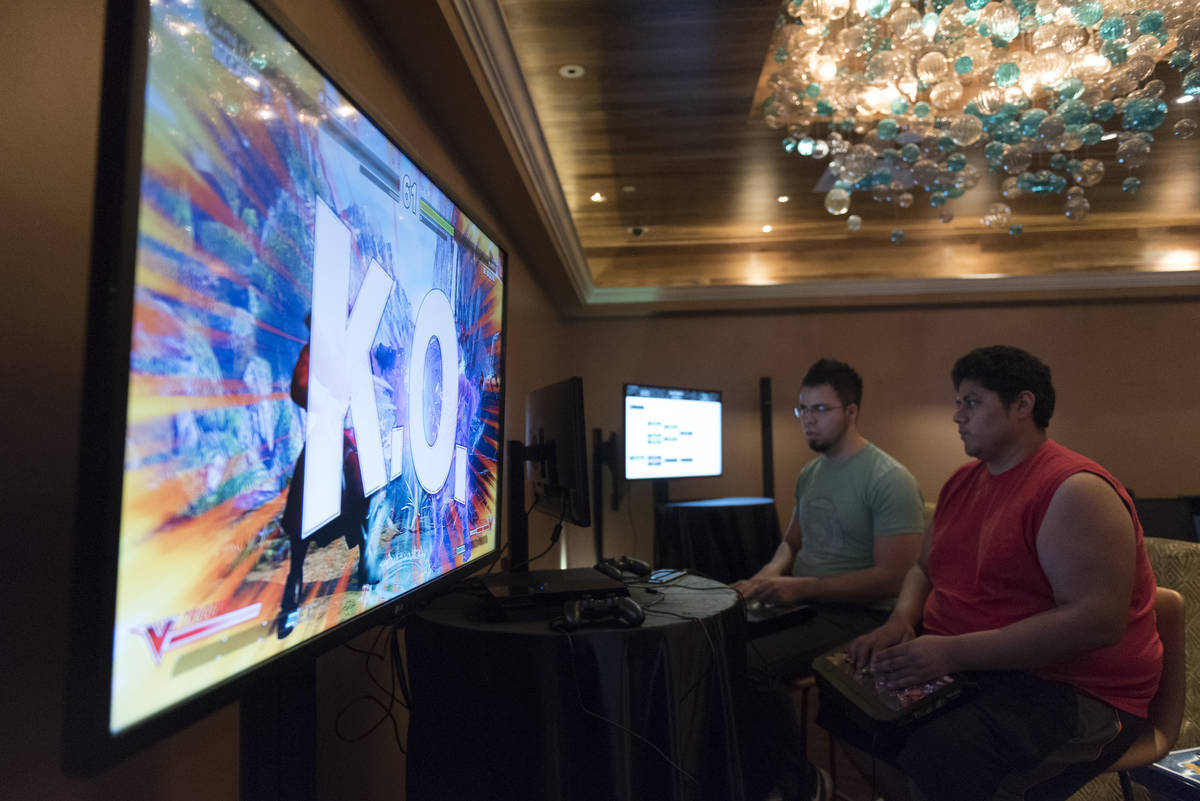 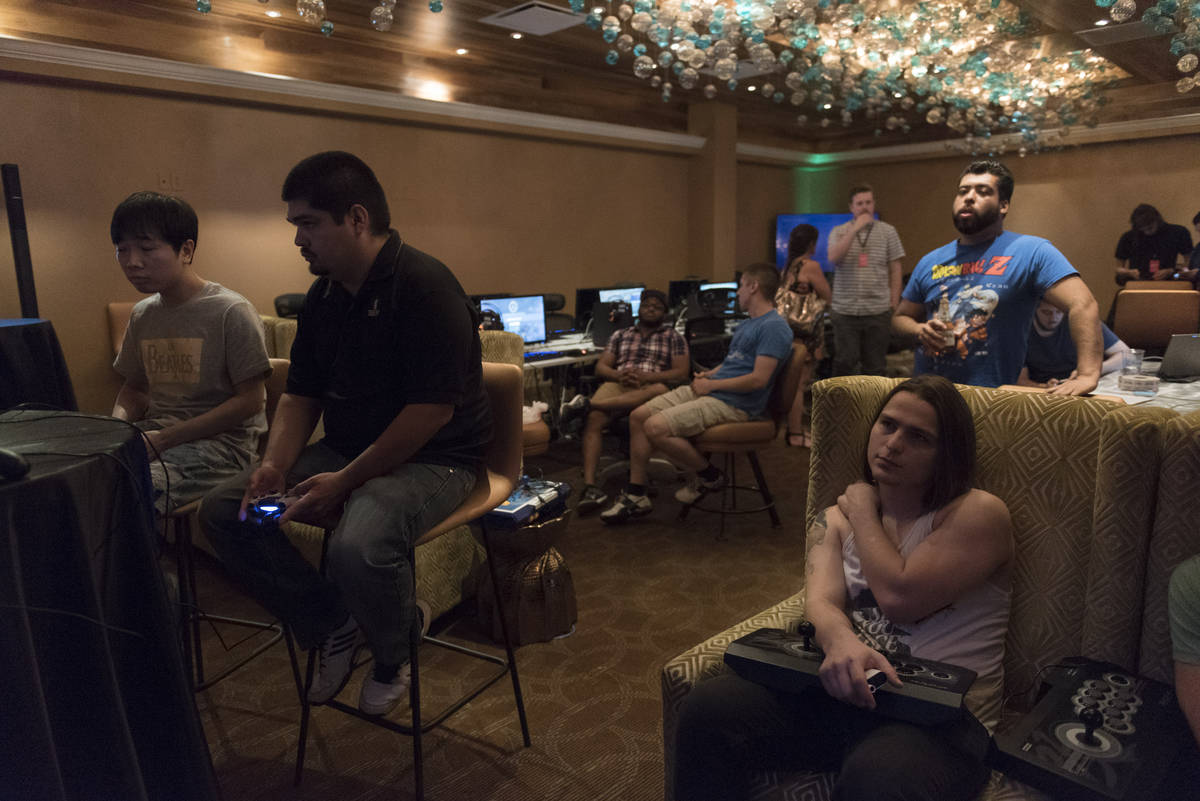 Jason Ogulnik/Special to the Pahrump Valley Times The Downtown Grand in Las Vegas, which calls itself as the "home of esports in Las Vegas," regularly hosts tournaments such as this Street Fighter V tournament in 2016. 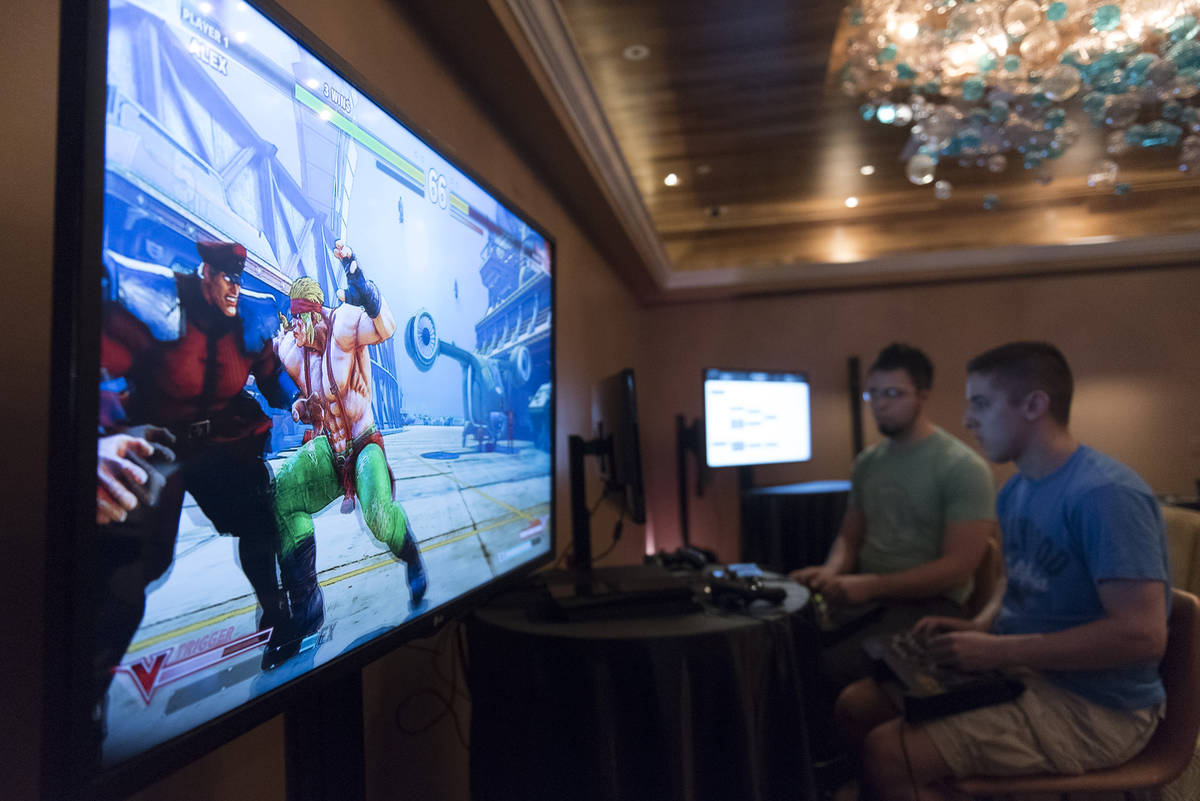 Jason Ogulnik/Special to the Pahrump Valley Times The Downtown Underground esports lounge at the Downtown Grand in Las Vegas is home to a variety of tournaments each year.

For reasons I don’t completely understand, I always have been attracted to the tedious, behind-the-scenes details of the sports world.

A few years back when every day brought a new college conference realignment rumor, I was riveted. Appalled, but riveted. My own school was the biggest winner in that, but the traditionalist in me remains disappointed that the Pittsburgh-West Virginia, Nebraska-Oklahoma and Texas-Texas A&M football games, among others, aren’t around in late November any more.

When there is a contract battle between a league and its union, I’m fascinated. Often appalled again, but fascinated. Just what is important to people who make that kind of money is intriguing, and to hear a person on the verge of a bonanza in free agency talk like a union organizer in the 1880s after the bombing at the Haymarket riot is just plain funny.

So when the Nevada Interscholastic Activities Association’s assistant director, Donnie Nelson — who, incidentally, never seems to tire of answering every silly question over some bit of minutiae I might email him — sends out via mass email the agenda for this week’s NIAA Board of Control meeting, I actually read it.

The big news, of course, is always realignment. We were waiting to see which sports in Class 3A South would be divided into two leagues, which schools were going to be kicked up to Class 4A in which sports, and who would Pahrump Valley High School be grouped with in each sport. (They vote on this Thursday, so winter sports alignments will be official for 2020-21 and 2021-22 after that.)

Those agendas generally include approving the minutes of the past meeting, and buried somewhere in there with details on the realignment process, the report of the new member task force and financial numbers was No. 18 from the minutes of the January meeting: “E-Sports as a Sanctioned Activity for the NIAA.”

Now, I have no issue with esports. People can e all they want, and I won’t stop them.

I also won’t cover them.

Oh, don’t get me wrong. If Pahrump Valley, Beatty, Tonopah or Round Mountain start “fielding” esports teams, I’m sure I’ll have a reason to write a feature or two now and then, similar to the occasional story about the success of a robotics team. But there is no way you’re going to see standings, live coverage or anything else you see about actual sports on the pages of this newspaper while I’m here.

Esports are “sports” the way virtual reality is reality. And I’m not all that interested in reality, either.

And don’t go giving me numbers on how popular e-sports have become. I already know. Torque Esports claims more than 200 million gamers in the United States, expects global esports revenue to top $1 billion this year and notes esports prize pools are among the largest in the world.

Many colleges have esports teams, and there are even scholarships for it in some places. There was something called the “Hearthstone Collegiate Championship” back in December, when Full Sail University transformed a room to “look and feel like the tavern featured in the game.”

In case you are wondering, and I’m sure you are, Full Sail University is a private, for-profit school in Winter Park, Florida. “Our graduates have been shaping the worlds of entertainment, media, art and technology for 40 years.” (OK, so it’s not Princeton, but neither is it Trump University. Maybe.)

Anyway, teams competed for four months to qualify for regional and championship brackets, before Rochester Institute of Technology, the University of California, Berkeley, Simon Fraser University (misspelled “Frasier” on the website, to nobody’s surprise) and Southern Illinois University-Edwardsville earned the right to head to Florida for the esports version of a Final Four.

I’m sure “everyone at home” is so proud. Meanwhile, I’m starting to look at my College Bowl Regional All-Star plaque with a bit more pride.

Now, this job has sent me to some events I did not expect to attend in my lifetime. Some, such as rodeo, were not a surprise. Others, such as curling, were. And anytime somebody from Nye County is competing at something, certainly I want to know about it.

A former sports editor I worked with used to say, “If I can do it, it’s not a sport.” As a point of reference, one of my colleagues nicknamed him Grimace, after the purple McDonald’s character. So what he couldn’t do covered a lot of ground. As did he.

You get the idea.

The great George Carlin had a whole bit on what was a sport and what wasn’t. Now I have to admit I didn’t care for that routine on a couple of levels, but he’s a comedian and has some license to go where civilians should not go. One take: “Tennis is ping pong while standing on the table. Not a sport.”

And back when I ran a prep sports desk, I would joke with people who covered certain sports that they were lucky I gave them what little space they had because what they covered wasn’t a sport. Cross country? Unless you’re being chased by an armed person or a wild animal, there is no reason to go running through the woods. (Back home, a lot of the courses ran through woods.)

Swimming? A sport? No, it’s what you do when your boat sinks. But what about a big swim meet? Is it news? Sure, if somebody drowns.

I sometimes thought it was my job to keep everybody laughing so we didn’t start beating the crap out of each other.

But about those things, I was just joking. (Mostly.) About esports? Not joking at all.

If one of the Nye County schools starts competing in esports, of course I hope they succeed. And yes, we will happily run results of whatever it is they will do. Just don’t expect to see me whatever they call sidelines, taking detailed notes so I can write a 20-inch story about the event.

Not in my section.