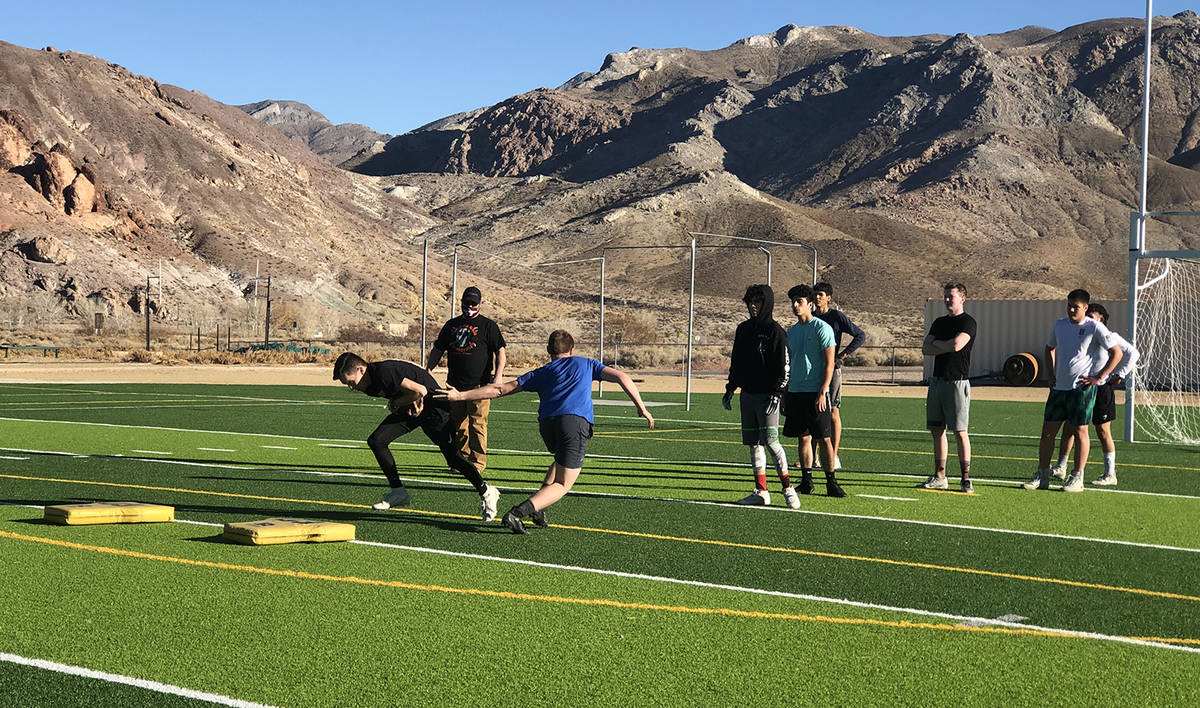 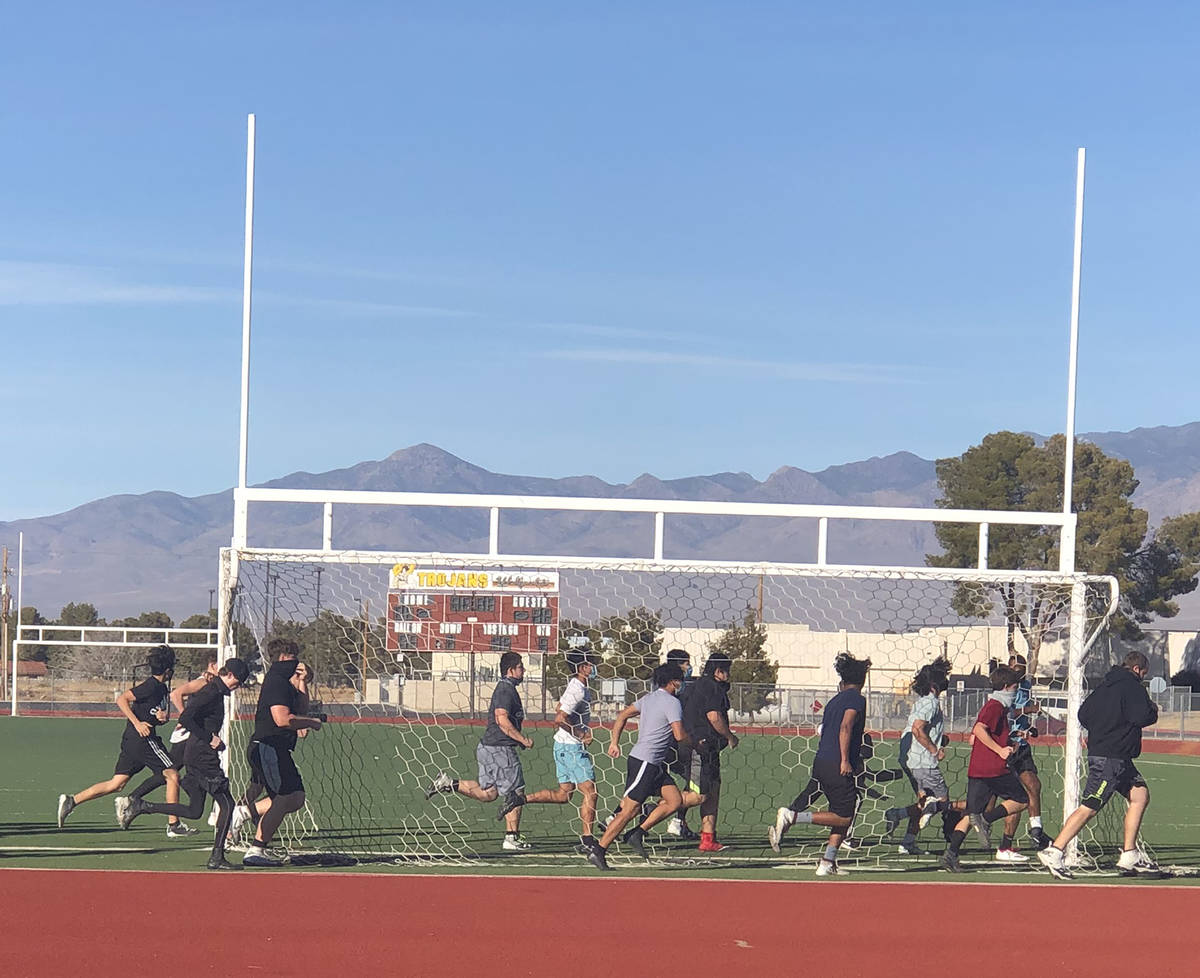 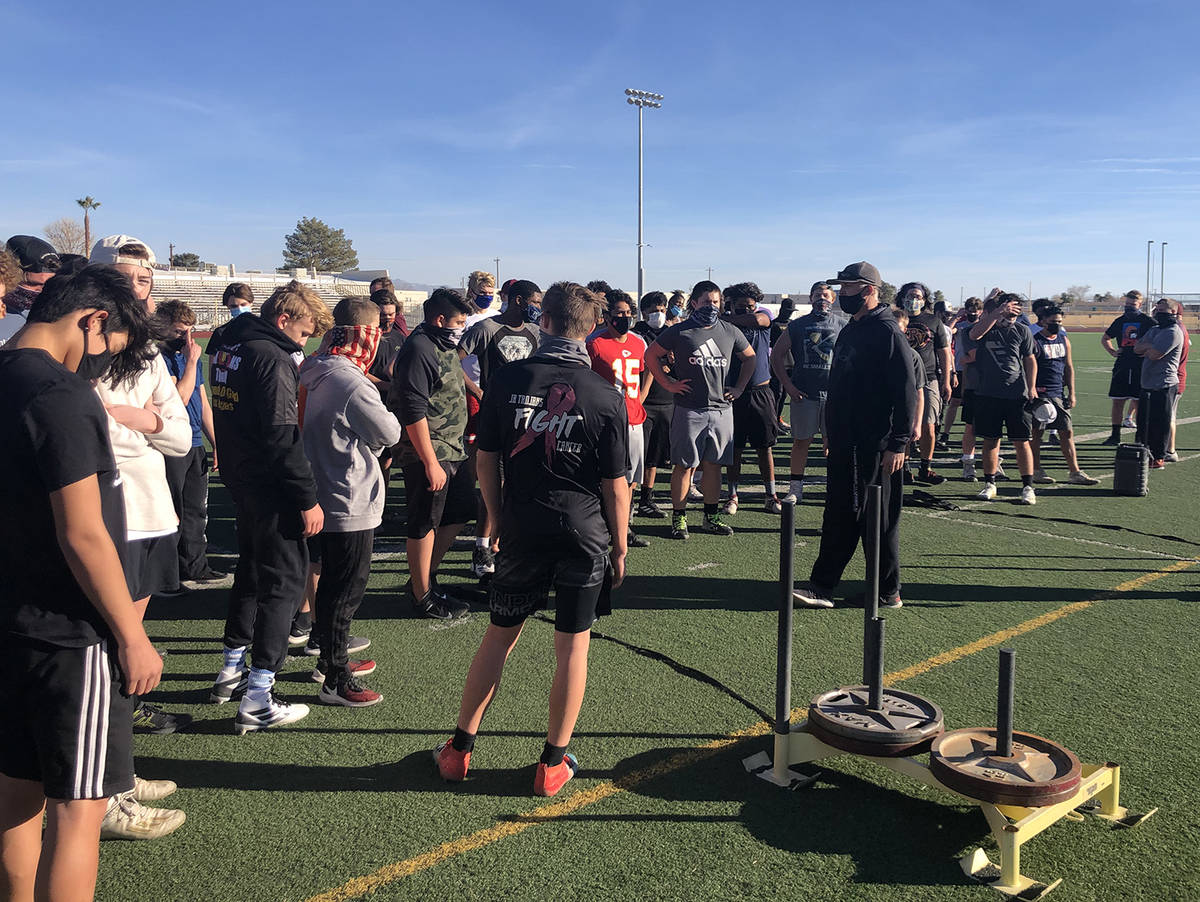 The most interesting development in the debate came from the National Federation of State High School Associations, which said it was no longer classifying sports as low, medium or high risk and instead urging decision-makers to consider other factors when deciding what to do about sports.

The change in guidance was made because, in the words of the federation, “as knowledge of the virus that causes COVID-19 has evolved, we have increasingly recognized that transmission depends upon multiple factors that cannot be easily accounted for by simply dividing sports into three distinct categories of risk.”

The first, logically enough, is the knowledge that community infection rates appear to be the strongest predictor for high school athletes being infected, and the second is that proven cases of direct COVID-19 transmission during athletics remain relatively rare.

You remember all of those college football games that were canceled because of COVID, and all of the college basketball games that are being canceled — two Power 5 programs canceled the entire season — because of COVID? Those cancellations were in response to positive tests within programs. People go places and do things they know damn well are bad ideas during a pandemic, then they report to practice, get tested and find out they are positive. So the program goes on a “pause.”

This is a good time to tamp down one of the ongoing trains of thought: If the pros and colleges can play, why can’t the kids? One word: testing. The NFL set aside $75 million for testing this past season. That’s for one sport. Nevada schools sponsor a lot more than one sport, and a lot more than 32 schools field teams. It would cost a lot more than that to test everybody every day.

Do you have $75 million? I know I don’t, and if I did none of you would ever see me again. Unless my trial is televised.

But, as the federation said, we know a lot more about the novel coronavirus now than we did back in the summer, when caution had to be the rule of the day. Now we know transmission is as likely in the popcorn line as on the field, despite the close contact of football.

None of that should be news to anybody, but it’s good to have data to back it up. Science is back in now, right?

The Clark County School District’s decision to cancel fall sports — scheduled to begin practice Feb. 20 and competition March 5 — is based on the CCSD’s policy that it will not field teams until students are in school, at least part time. With the teachers union being extremely wary of returning to the classroom, even spring sports are at risk at this point.

The safety of in-person instruction varies; here’s where the “community infection rates” part comes in. For example, one study of a group of rural schools in Wisconsin showed virtually no transmission whatsoever. Of course, those schools took all of the recommended precautions and were granted the money to institute them.

On the flip side, schools in one San Diego County district in California were open two days before 81 students and 11 staff members were quarantined. Yikes.

The issue of whether sports should depend on in-person instruction is another matter. Beatty Athletic Director Leo Verzilli pointed out that kids who are home-schooled can play sports in their districts, so what’s the difference between that and temporarily learning at home? And he’s right. But the CCSD has made its policy, although I feel confident saying kids are safer on a practice field than in a classroom. (Locker rooms and weight rooms are another matter.)

Lest you think Nye County is immune, just minutes before I started writing this Monday morning the daily briefing from Arnold Knightly, the county’s public information officer, reported 21 new cases of COVID-19 in Pahrump and seven deaths. That brings us to 2,445 total cases in Pahrump, 69 in Amargosa Valley and 23 in Beatty, with 90 deaths overall in Nye, a sparsely populated county.

And don’t give me that crap about how most of those who died probably had another condition. You don’t think the two, five or 10 years they might have had left without COVID meant something to them and their families? As a 50-something diabetic I resent that attitude. A lot.

Besides, if someone with Stage 4 cancer gets run over by a Winnebago driven by a guy with a .22 blood-alcohol level, does that not count in the drunk driving statistics? Spare me such nonsense.

So people in Nye County are still getting COVID-19 and still dying from it. But we’re talking about infection rates here, not the mere existence of infections. Those have been dropping, slowly but steadily, although the new variants haven’t hit this area yet. Can’t wait for that.

The issue is not whether COVID-19 should be taken seriously. Duh. More than a year after we were told by a mindless Washington minion that the virus would “never” get to this country, we know better. But the issue is whether playing sports — specifically football — is a bad idea because of it.

As the federation said, transmission is rare during athletic competition. Period. Football is obviously outdoors, so while you might have to spend much of the game wiping down equipment, the risk is fairly low.

I don’t doubt that somebody at the NIAA has passed along the federation’s new guidance to the governor’s office and the COVID-19 response people in Carson City. They should at least be aware of what the federation’s data has found and what its experts are saying before making a decision.

And there is only one logical decision. Yes, limit ticket sales. Yes, make fans wear a mask unless they’re munching on the fine concessions available. Yes, make the reporters and photographers keep clear of the players during the game. And yes, make sure the sidelines are equipped with wipes and sanitizer for players to use on their hands and face masks when they come out of the game. Do all of those things, and maybe some that haven’t crossed my mind.

But let them play.