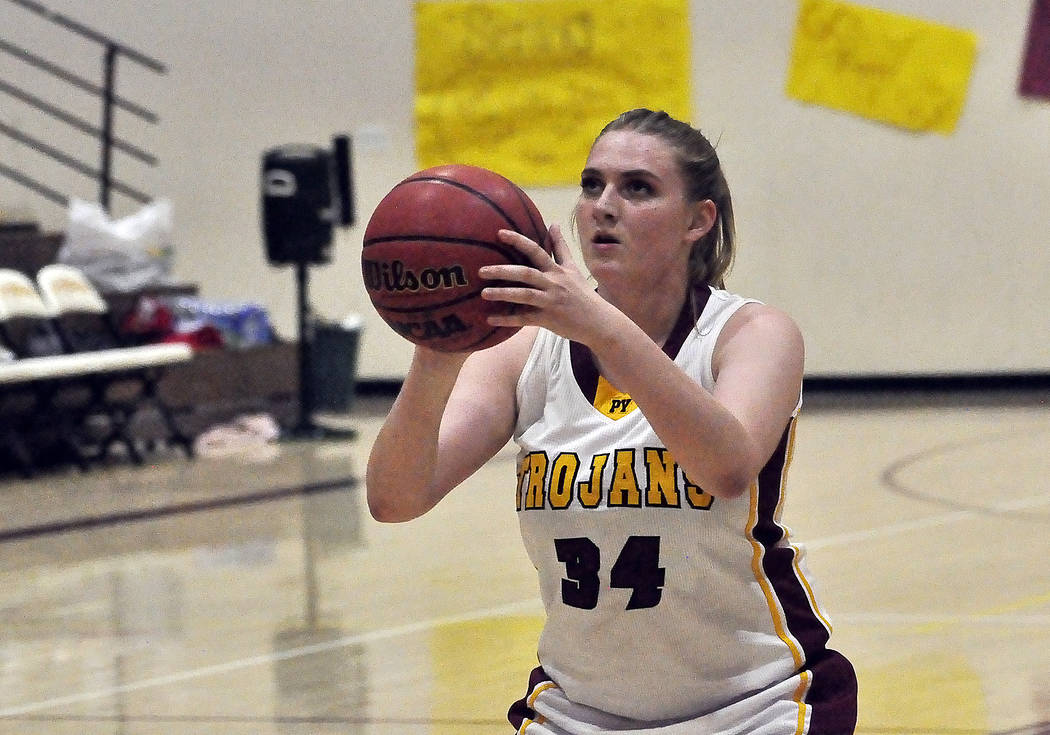 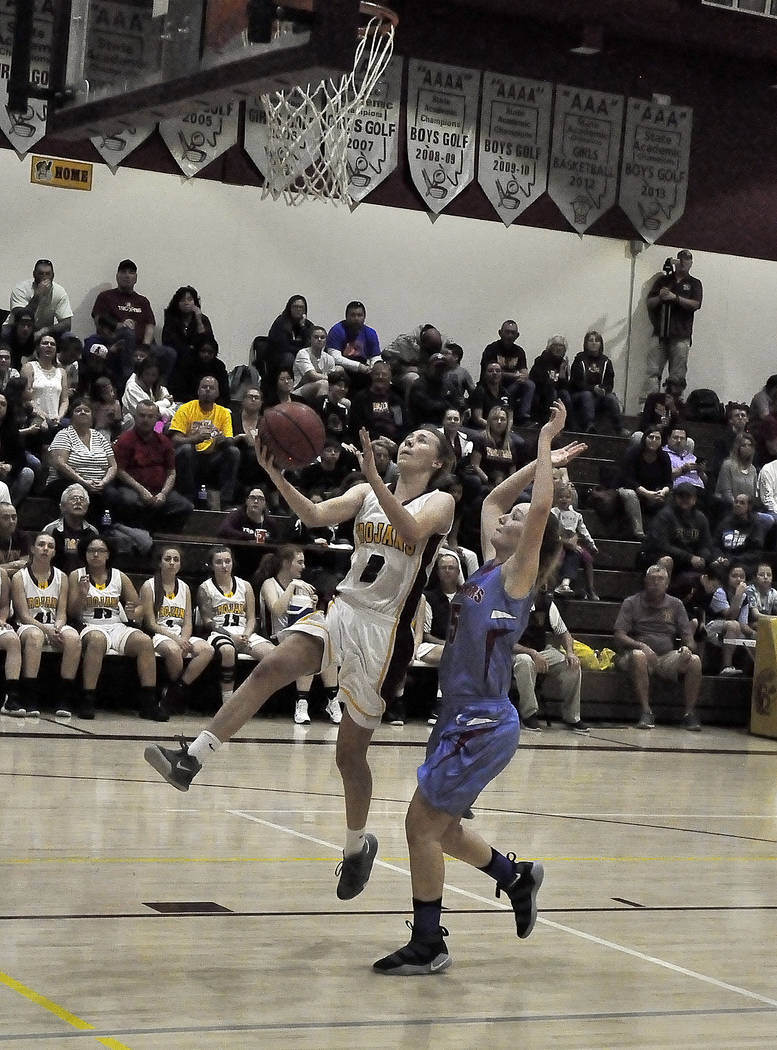 It wasn’t supposed to end this way. Certainly not this quickly.

Despite 19 points from sophomore Kylie Stritenberger, the Pahrump Valley girls basketball team lost 46-43 in the opening round of the 3A Southern Region playoffs Tuesday at Pahrump Valley High School.

Trojans coach Bob Hopkins sensed early that his team just didn’t have it.

“We played about as badly as we possibly could,” Hopkins said. “We didn’t come to play.”

The Trojans never seemed to find a rhythm, partly because of their own mistakes and partly because of a very physical Cowboys team that had many of those in attendance, and on the Pahrump Valley bench, upset over the officiating. Despite that, they were in the game right at the end and had a chance to tie in the closing seconds.

Chaparral’s Riahana Davis hit two free throws with 27 seconds left to give the Cowboys a 45-43 lead. Pahrump Valley then missed the front end of a one-and-one, and on the other end Stritenberger fouled out with 14 seconds to go, putting Alexandra Williams on the line for the visitors with a chance to make it a two-possession game.

But Williams missed her second free throw, and a quick timeout after the rebound saved a turnover and gave the Trojans a chance to set up a potential tying basket. But one desperation 3-pointer was blocked and a second was off the mark, and Chaparral (11-14), the fourth seed out of the Sunrise League, walked away with the upset.

Free-throw shooting played a key role in the defeat. Pahrump Valley took 24 free throws to Chaparral’s 17 but converted only 11, including missing the front end of two one-and-ones in the final two minutes. In fact, when Stritenberger nailed two free throws with 2:26 left, it was the first time during the game the Trojans connected on both shots on a single trip to the line.

She did it again seconds later, giving the Trojans a 41-38 lead with 1:37 left after a foul called on Davis drew the loudest cheers of the night, a thunderous ovation that signaled the fans’ frustration with the officiating. Chaparral was only 9 of 17 from the line, but the Cowboys hit 5 of 6 in the final 1:04.

Things started well enough for the Trojans, who despite showing signs of the sloppy play that would frustrate Hopkins, led 14-7 after the first quarter. The effort was there, with the final point of the period a free throw by Makayla Gent after a foul on the second offensive rebound of a possession, but so was the sloppiness, with four turnovers on bad passes and 3-for-9 shooting from the line.

Still, it was a nine-point lead early in the second after Samantha Runnion’s layup off of an entry pass caught the Cowboys off guard. Then the Trojans went cold.

Indeed, Pahrump Valley managed only one more field goal in the half, yet still led 21-15 at intermission and led the entire third quarter. But the quarter ended on a high note for Chaparral, as Davis hit a shot from near half-court at the buzzer to pull the Cowboys within a point at 30-29.

Davis led all scorers with 22 points, but Stritenberger almost matched that total with her power game, netting 13 of her 19 points after halftime and making several strong moves down low to the basket.

Briscoe finished with 11 points for the Trojans, who finished their season at 19-6.