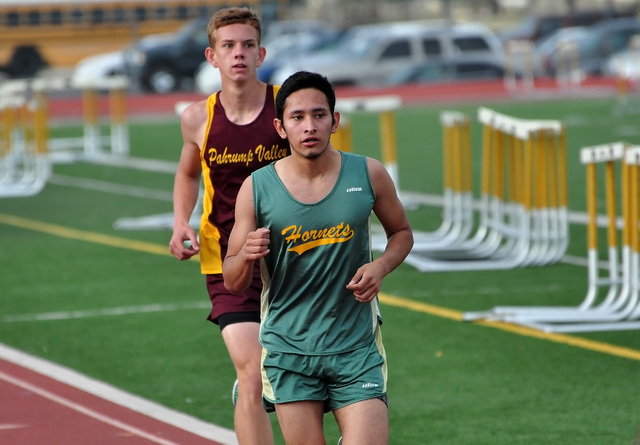 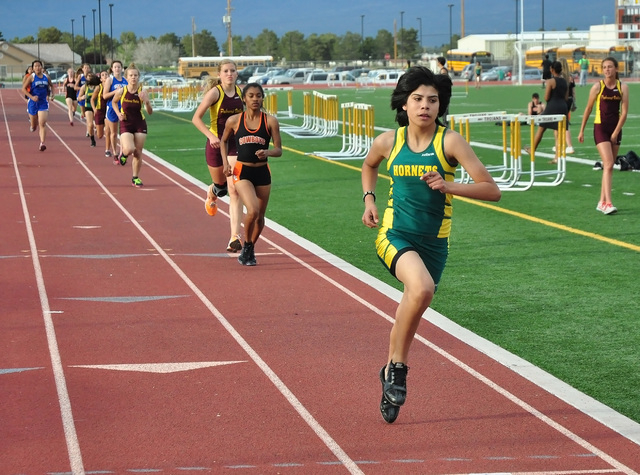 Beatty track is off and running and hoping to be as successful as it was last year.

The girls team took the regional championship last year and then finished sixth at state and the boys team were runner-ups at the regional meet and fifth at state under then first-year coach Ellice Dunsterville.

The Beatty boys track team was off to a decent start and finished in fifth place (47 points) out of six Division III/IV teams at the Meadows Invitational in Las Vegas on Saturday.

Spring Mountain finished in first place (241), The Meadows in second (83) and Calvary Chapel (77) in third. Tonopah was the fourth place team (71).

There were 16 boys teams from Division I, I-A and III and IV.

Jasmin Pelayo returns to long-distance running for her junior year with the Hornets. She was the 2014 state champion in the 3,200 meter.