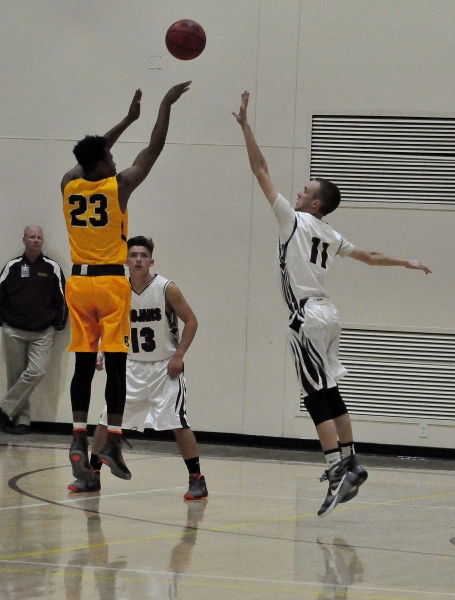 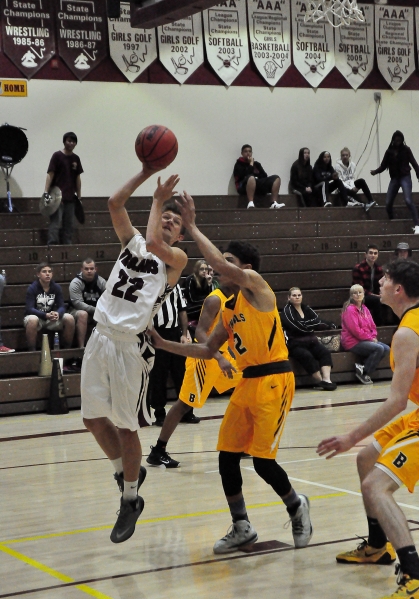 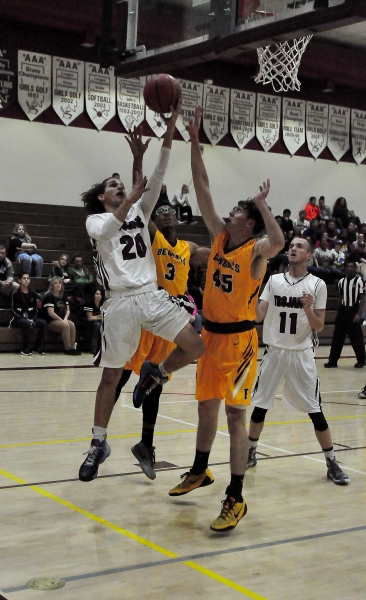 Pahrump (2-5) had problems with the tough Bengal (3-1) defense from the start, losing the ball four to five times in the opening minutes of the game. The Bonanza defense pressed the Trojans hard throughout the game, causing numerous turnovers and bad passes.

In addition to a tough defense, the Bengals out-performed Pahrump with an overwhelming offense.

The Trojans man-to-man defense couldn’t keep up with the faster Bengal team and found themselves chasing their opponents all night long, unable to keep Bonanza from penetrating the key.

The Bengal’s were led in scoring by 6-foot-1 senior guard Jamal Logan, who scored 29 points during the game.

At halftime the Trojans were down 40-22.

Trojans coach John Toomer said he was pleased with their performance and attitude at the tournament and after the Bonanza game.

“We played well and worked hard and never quit which was great to see,” he said . “We need to work on finishing on the shots we are taking.”