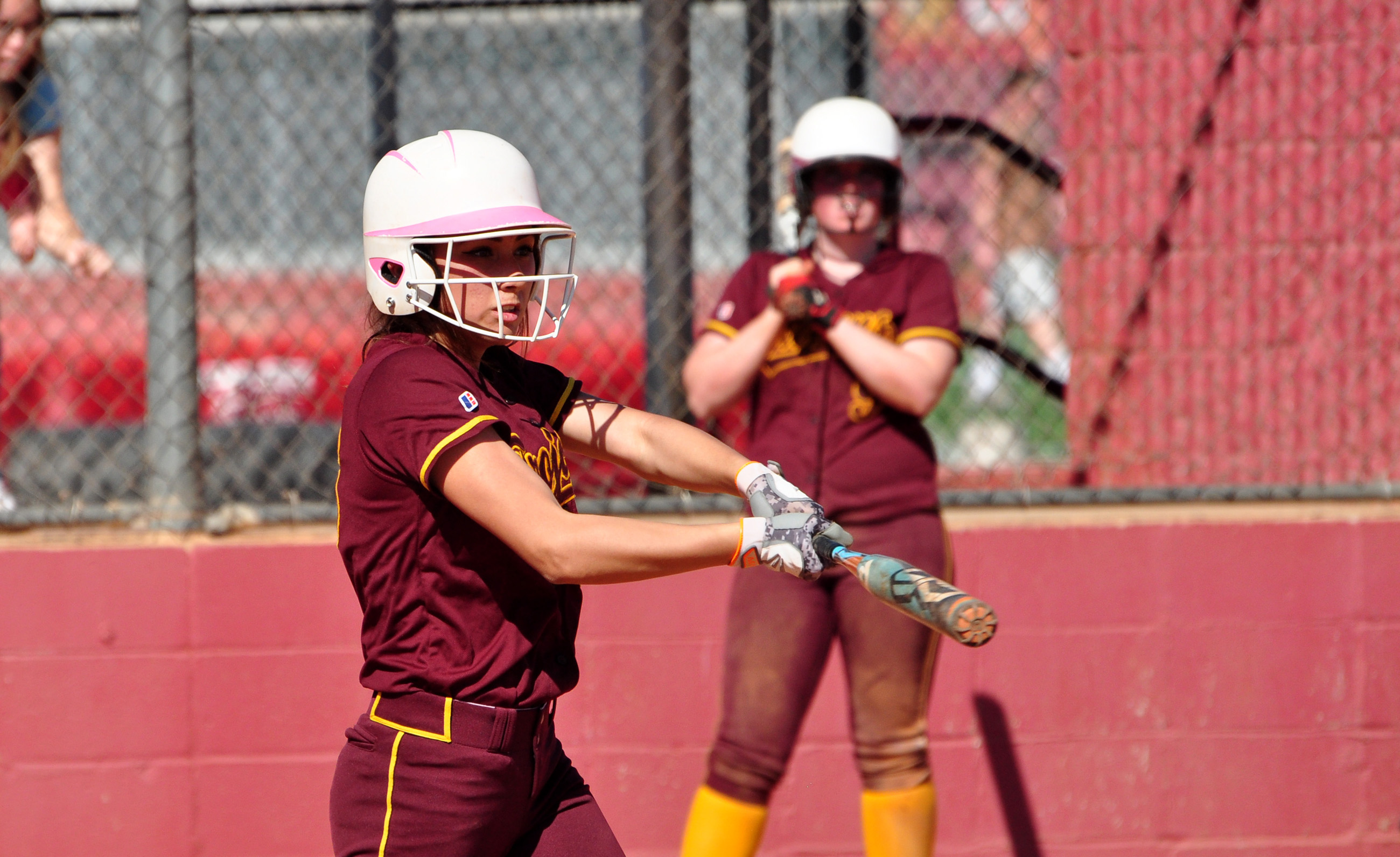 The Lady Trojans played their first game of the season against Virgin Valley (0-6 overall, 0-0 Sunrise League) on Monday in a doubleheader, where the Trojans’ hot bats dominated both games.

The third inning for the Trojans was already going well for the girls, when Keis came to the plate. The girls had already gone through the lineup once. The count was 2-0 when Keis whacked the ball over the center-field wall. She did this after Shiloa Gulden had hit a double, so she drove in two runs. In this inning the Trojans scored seven runs.

Smith hit the second home run of the game in the bottom of the fourth inning. The count was 1-1 when she hit the ball over the left field fence with runners on first and second.

“I knew it was going out when I hit it — I saw it leave out of the corner of my eye,” Smith said.

Smith felt the hitting for the team went well, but she said the Trojans need to improve the defense since they lost their ace pitcher to graduation last year.

The Trojans defense was a bit shaky in the first game. During the first inning the girls gave up two errors, had one in the second and two more in the fourth.

The starting pitcher for Pahrump was Kapualani Kaiwi or otherwise known as Lani. She pitched three innings and gave up no runs, had no walks and no hits.

Aryana Cuellar came in to relieve her in the fourth inning and that is where the trouble started.

In that error the third baseman stopped a dribbling grounder to third and tried to throw the runner out at home, but overthrew the catcher. This allowed two runs to score.

In the fourth inning the Trojans defense gave up five runs which put Virgin Valley a little closer, 9-5.

Trojans Coach Elias Armendariz was not happy with that inning and the defense in general.

“We need to get better defensively. In the fourth, they probably got only one earned run,” he said.

The last pitcher for the Trojans was Amaya Mendoza, who came in to pitch the last two innings but because the Trojans led by more than 10 runs the umpires called the game in the fifth. Mendoza had a strong inning and struck out two and walked one.

Armendariz was pleased with the offense.

Pryor was quiet the whole game. She got on base in the first when she got hit by a pitch but then grounded out twice and popped up once.

The Trojans were at Western on Tuesday, which was past deadline and will be in Needles on Thursday through Saturday for the Colorado River Tournament.