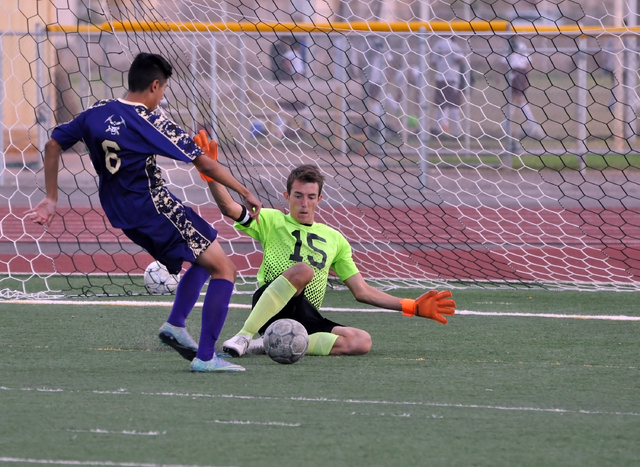 Horace Langford Jr. / Pahrump Valley Times Nick Harris had a busy day at the office as the Miners came to town and defeated the Trojans 11-1. He happened to save this one with his feet. 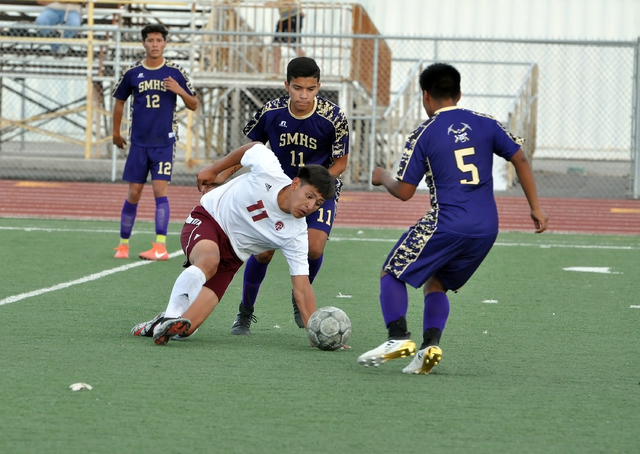 Horace Langford Jr. / Pahrump Valley Times Pablo Resendiz-Murillo gets a birds-eye view of the ball on Monday against Sunrise Mountain.

It took Sunrise Mountain just three minutes to score their first goal, and within four minutes into the game they had their second.

The Trojans boys soccer team played their hearts out on Monday but to no avail, as they lost to the Miners 11-1.

“Sunrise Mountain is the best team in the Sunset League and they are better than Western this year,” Trojans coach Wes Icard said.

Sunrise Mountain had great speed and precision passing, which kept the Trojans (3-9, 1-5) off balance the entire game.

“They are beating us to the ball,” a Trojans assistant coach said at halftime.

Pahrump had no answer to their speed.