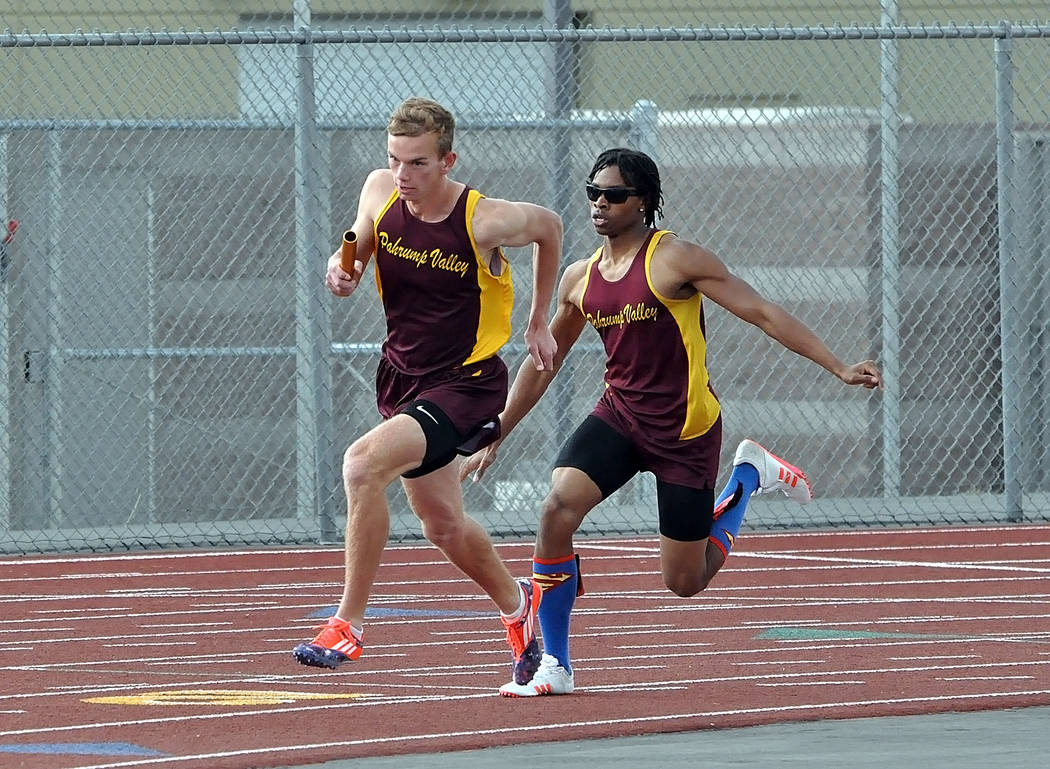 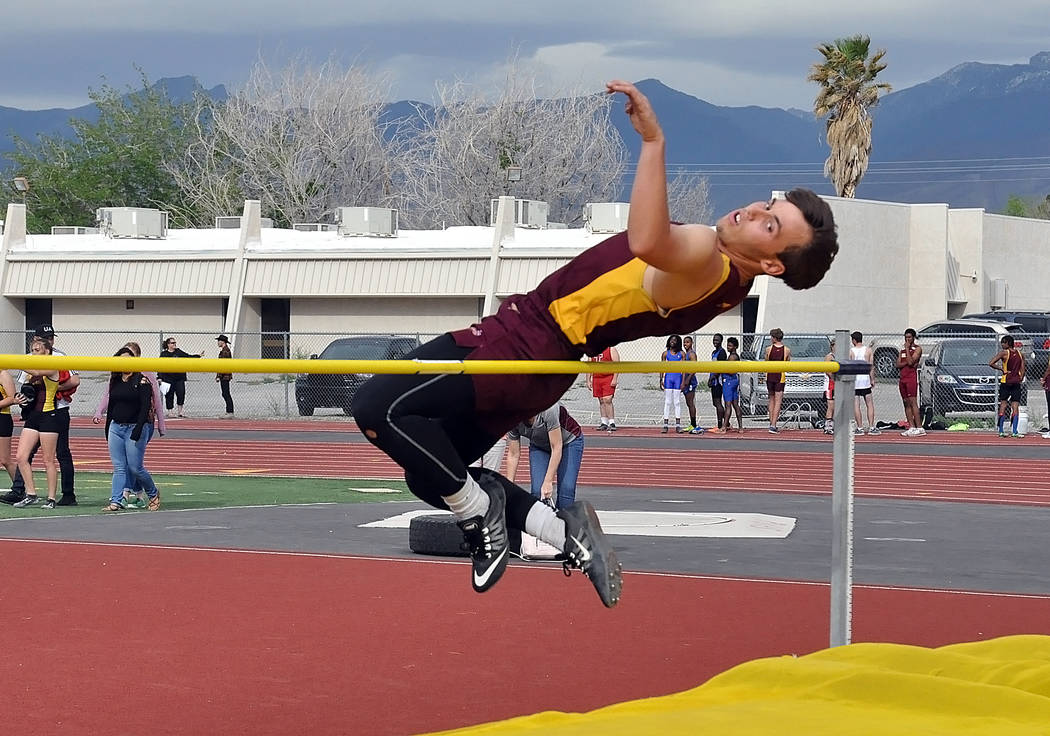 The Trojans boys track team got help from all areas of the track in their recent win at its last home meet of the season on April 6 and then went to the Valley Relays at Valley High School in Las Vegas and took third among 11 teams.

“My coach is always pushing me hard to get better,” Albertson said. “I have already broken my best throws from last year.”

His coach, Fred Schmidt, is also pleased by the direction he is going and the improvement he has shown this year.

“Albertson is not only being coached by me, he is also being instructed in Las Vegas by his club track team,” Schmidt said. “He has former Olympic champions instructing him. I am not worried about the kind of information he is getting. We are just tuning him up a bit.”

“Biomechanically, the throw is the same,” Schmidt said. “Everyone, regardless of their size, has to throw it the same way. We are just finding what his limitations are and we are bending that to work with the biomechanics of the throw. So he uses his body the best way he can.”

IN OTHER FIELD EVENTS

Sophomore Chance Farnsworth is making some noise in the high jump. He is on a quest to top six feet. In Boulder City at the Ron Resler Invitational on March 31, he jumped 5-10 and he feels he can go higher.

Farnsworth loves to jump, which is evident in his choice of sports, track and basketball.

“I am really competitive and just want to be the best,” Farnsworth said. “I use the Fosbury Flop to get over the bar. I train with my dad, who was a jumper too. My ultimate goal is 6-8.”

The Fosbury Flop was perfected in 1968 by Dick Fosbury, who won a gold medal in the high jump with it in the 1968 Summer Olympics. After that, it became the dominant style of high jumping.

It requires the athlete to jump backward over the bar, allowing your center of gravity to pull your feet over.

The next Trojans track meet will be at 3:30 p.m., on April 18 at Chaparral High School.