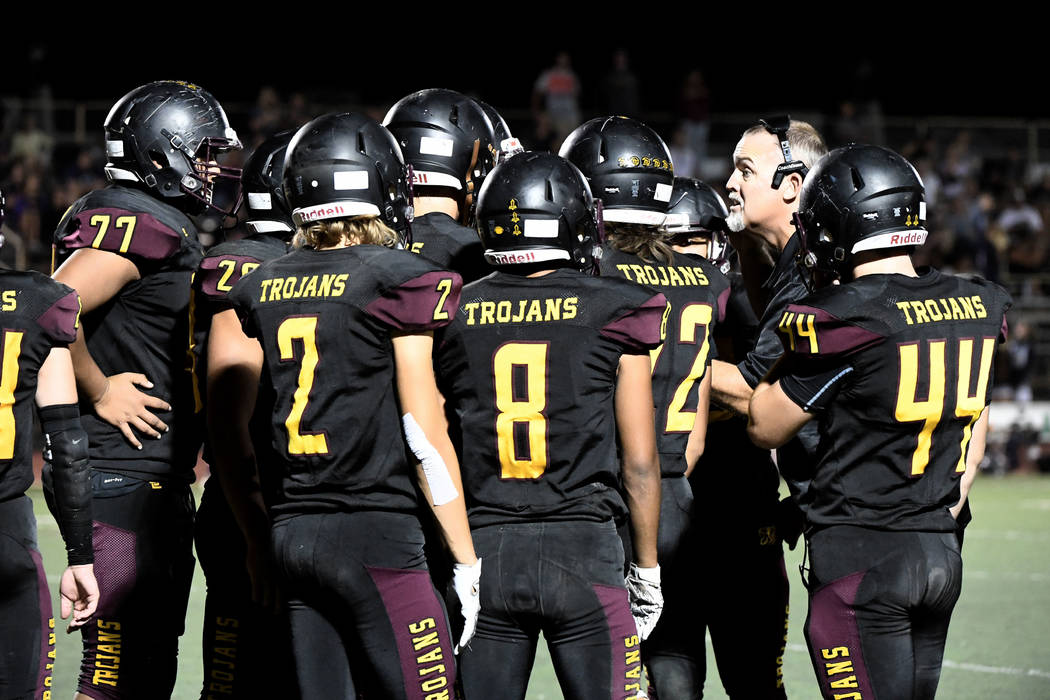 ■ Outlook: There is no way to overestimate the importance of this game. Win, and no matter what happens in other games the Trojans will be in the playoffs, more likely as the No. 2 in the Sunset League, and get a home playoff game next week. Lose, and in any scenario the Trojans will be on the outside looking in, because neither the Trojans nor Vikings could beat out Del Sol in a three-team tiebreaker, leaving the other two with head-to-head to decide the No. 3 spot. (For a more detailed explanation, see the Trojans Football Notebook,)

Valley is dangerous, and a little angry. The Vikings led Del Sol 20-14 after three quarters Friday night only to see the Dragons score 29 points during the fourth quarter to win 43-26. The Vikings have a well-balanced offense, scoring 14 touchdowns through the air and 12 on the ground. Senior quarterback Jarrett Zibert averaged 144 yards passing per game through the first eight weeks, with 6 interceptions to go with those 14 touchdowns. Zibert’s top targets are seniors Isiah Ramirez and LJ Perry. Ramirez leads the team in receptions with 25, for 266 yards, while Perry is the Vikings’ top deep threat, with 21 catches for 373 yards and 7 touchdowns. Zibert is also the team’s top runner, with 500 yards during those first eight games, including two 100-yard efforts, and he has scored 6 touchdowns rushing. Senior JC Bingham, a 5-9, 240-pound bruiser, is the team’s second-leading rusher with 424 yards on 7.2 yards per carry.

■ Did you know?: The only previous game between these teams was a classic. After the Vikings scored with 5:22 left to take a 33-28 lead, the Trojans marched 67 yards on 10 plays, with Nico Velazquez scoring from 4 yards out with 36 seconds left for a 36-33 win that wrapped up a 5-0 Sunset League season. That was also the final game played on the miserable turf at Valley High School before the field was ruled unplayable before the start of this season.

■ Coach Clayton says: “Valley is scary. They’ve got some talent. They got some athletes. Their quarterback is an athlete, very talented, and he’s got a couple of good, solid athletic receivers. That quarterback hurt us last year, and he’s a senior this year. He’s got speed, he’s got the arm, and were not taking them lightly. That’s for sure.”