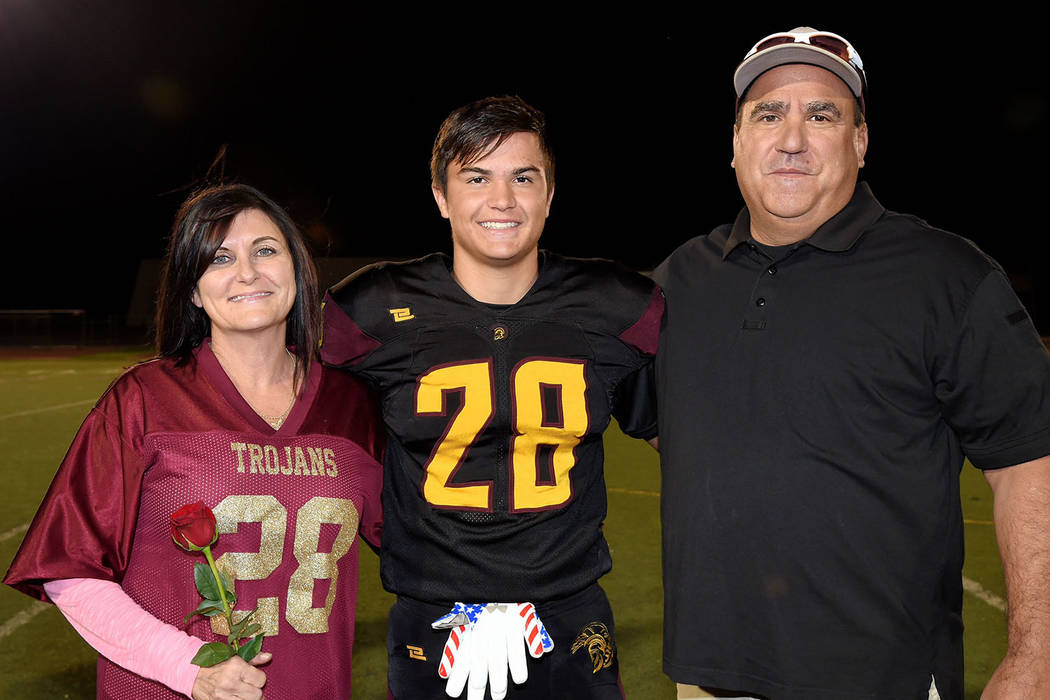 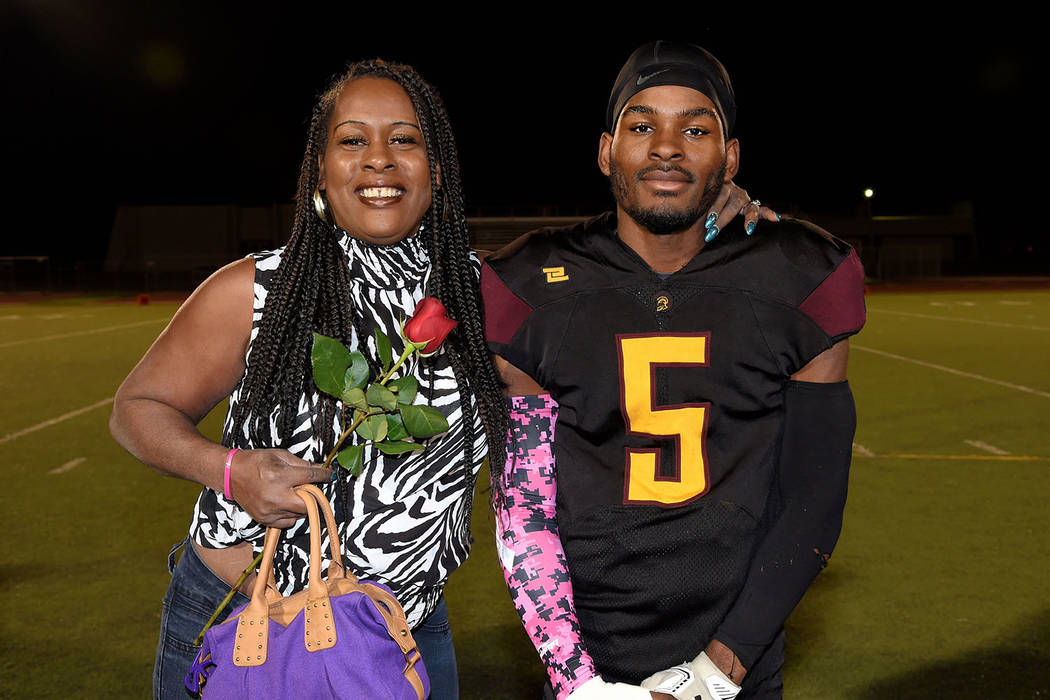 Peter Davis/Special to the Pahrump Valley Times Pahrump Valley senior Casey Flennory poses with his mother before the Trojans' Senior Night win over Western on Oct. 12 at Trojan Field. 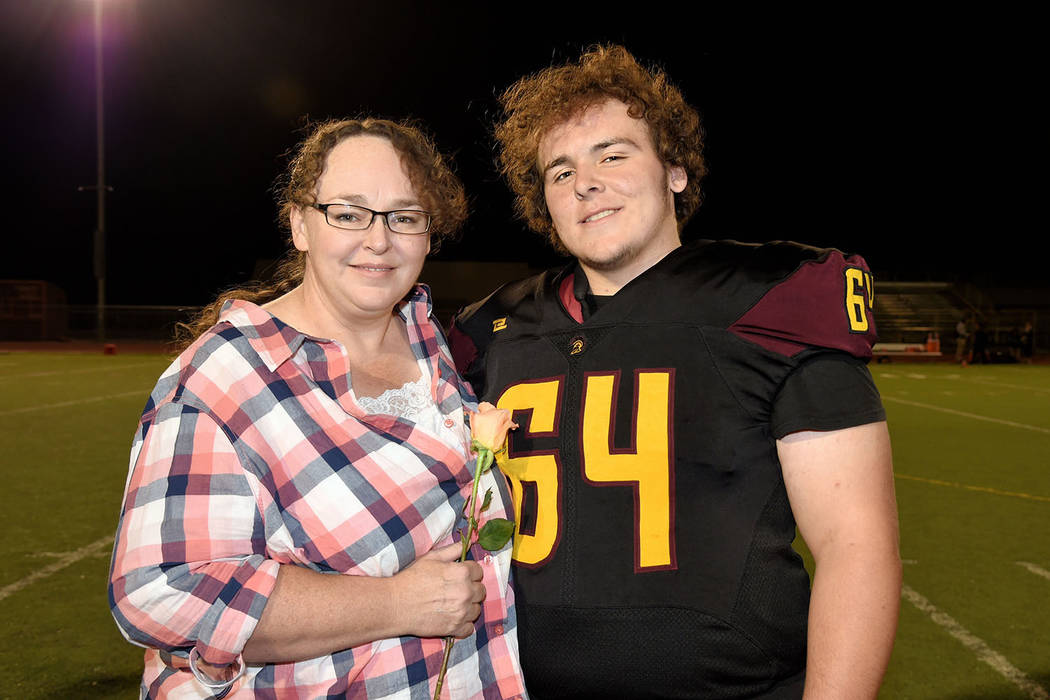 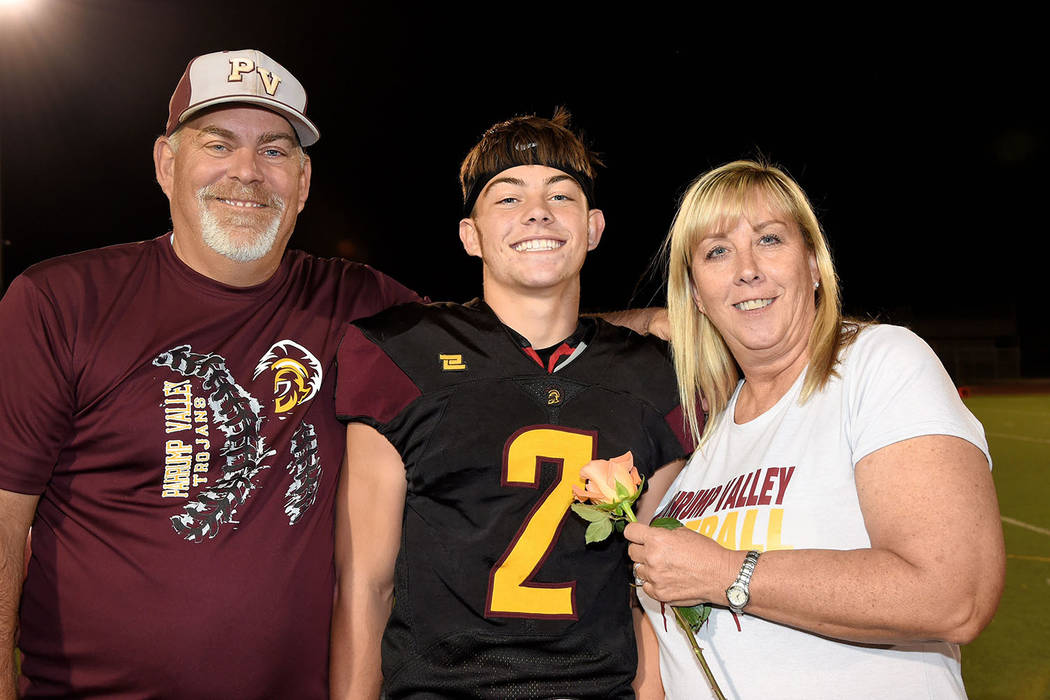 Last season: Did not play.

About the Vikings: Oh, what might have been. Two week ago, it looked like this would be for all the marbles in the Sunset League. That was before Del Sol routed Valley 46-6 last Friday night. Now, the Vikings need a win and a Del Sol loss to squeeze into the playoffs along with Pahrump Valley and Cheyenne, who have locked up the other two Sunset spots in the postseason. This is the Vikings’ first season since dropping from Class 4A to 3A, and the four wins represent their best total since 2008 (one win was a forfeit). Valley has not posted a winning season in the past 10 years, including winless campaigns in 2014 and 2015. Coach Quincy Burts is 8-11 in his second year at the helm, and this team throws the ball. Junior quarterback Jarrett Zibert has compiled 1,452 yards passing but has 13 interceptions against 14 touchdowns. Zibert threw four picks in the loss to Del Sol. Leading rusher Bryce Jones, a 5-8, 165-pound senior, has 395 yards on 85 carries, but he also has 20 catches for a team-leading 303 yards receiving. Senior Keenan McNair is a big-play threat, averaging more than 20 yards per catch. The three teams Valley has defeated on the field this year have combined for a 6-20 record.

Coach Clayton says: “They have a decent quarterback and some speed here and there. Like always, we are approaching them as if they are trying to take something valuable from us. We won’t allow it!”