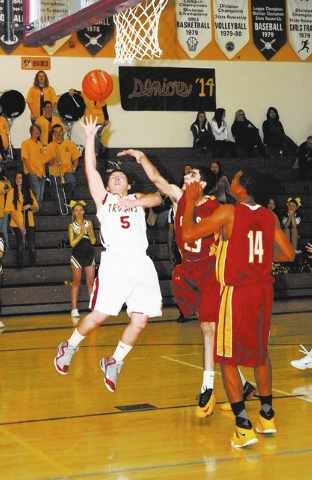 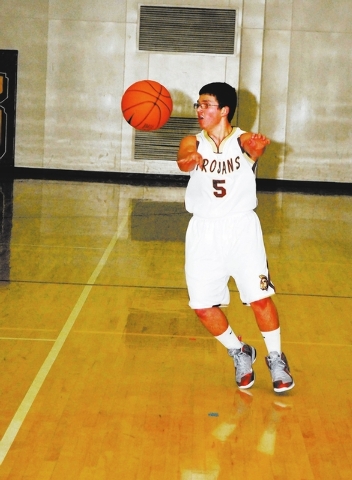 There was not much the Trojans Coach John Toomer could do as he watched his team slowly throw away an eight-point lead in the first quarter against the Del Sol Dragons last Thursday night. This was after the Trojans made several baskets in a row to go ahead 10-2 with just 3:51 seconds in the first.

Midway through the first quarter Toomer threw in a whole different squad in hopes of stopping the bleeding, but that just made things worse. By the start of the second quarter, the Trojans were down 16-10.

Troy never regained the lead and by halftime Del Sol led the game 38-21 and never looked back. The Dragons walked away with the game with a 75-47 victory.

Prior to the game, senior post player Devon Montgomery remained positive after losing three games in a row where the offense stopped making shots and left the Trojans within four points.

“Our defense has been better in the last couple of games. It’s just our offense and turnovers. We also missed shots. If we made our shots and just didn’t have as many turnovers we would be much better than we are,” Montgomery said.

He admitted that the team needs to learn how to handle pressure better.

Toomer had said earlier in his season that his men “had problems hitting the paint and finishing their shots.” This was definitely the case against Del Sol.

The Trojans men’s basketball team had good penetration in and around the key and had plenty of opportunities, but just couldn’t sink any baskets.

Del Sol Coach Tyler Ehrke was very pleased with his offense that averaged 41.6 points per game.

“For us we just wanted to push the ball up and down the court and get the game going a little chaotic. We also wanted to get our press set. We made turnovers on it and converted those into easy baskets for us,” Ehrke said.

Brian Greer was the lead scorer for the Dragons with 16.5 points for the game.

The Trojans are now 2-7 overall with league play looming on Jan. 8 and Jan.10 against last year’s division leaders, Clark and Cheyenne.