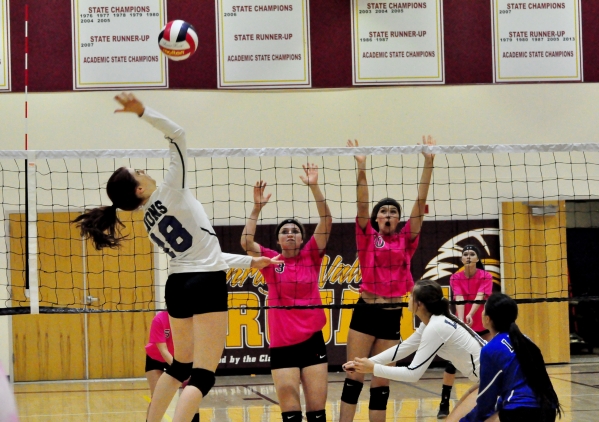 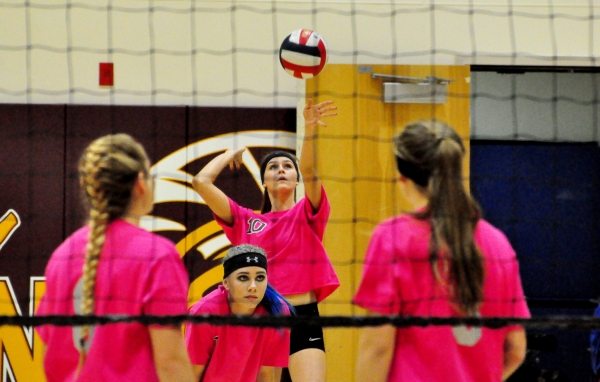 Trojans volleyball coach Jill Harris knew that the last two games were not going to be any picnic and so she told her team to go out and have some fun and of course play hard.

Despite the losses, the team is in good spirits and has a new attitude.

“It’s a whole new season for us,” Harris said. “There is some pressure on us on Wednesday and this Friday, but most importantly next week we need to beat Mojave. The last time we played them we outscored them and still lost in the fifth set.”

She said that, because Mojave is one of the four top teams in the Sunset League and if the Trojans want to have a postseason they have to beat them next week.

Harris said despite the loss to Sierra Vista (9-9, 7-1), she was happy with the way the team played.

“I was happy with the fact that we took the first set,” she said. “The team played with a little more spirit than they have been and was led by Jill Smith, who was on fire that night. She fired up the rest of the team.”

According to Harris, her Trojans (9-13, 3-5) can play better. This is something she has been saying all year long and they will have the chance to prove it this week and next.

Today the team plays Spring Valley (6-5, 5-3) on the road. The Grizzlies are currently the fourth place team and if they lose tonight, the Trojans will be one more step to making that playoff spot. Pahrump believes they should have beaten the Grizzlies at home in the first half of the season. Like the Mojave game, that game went to five sets, with the Trojans winning through most of the fourth set and losing it due to minor mistakes at the end.