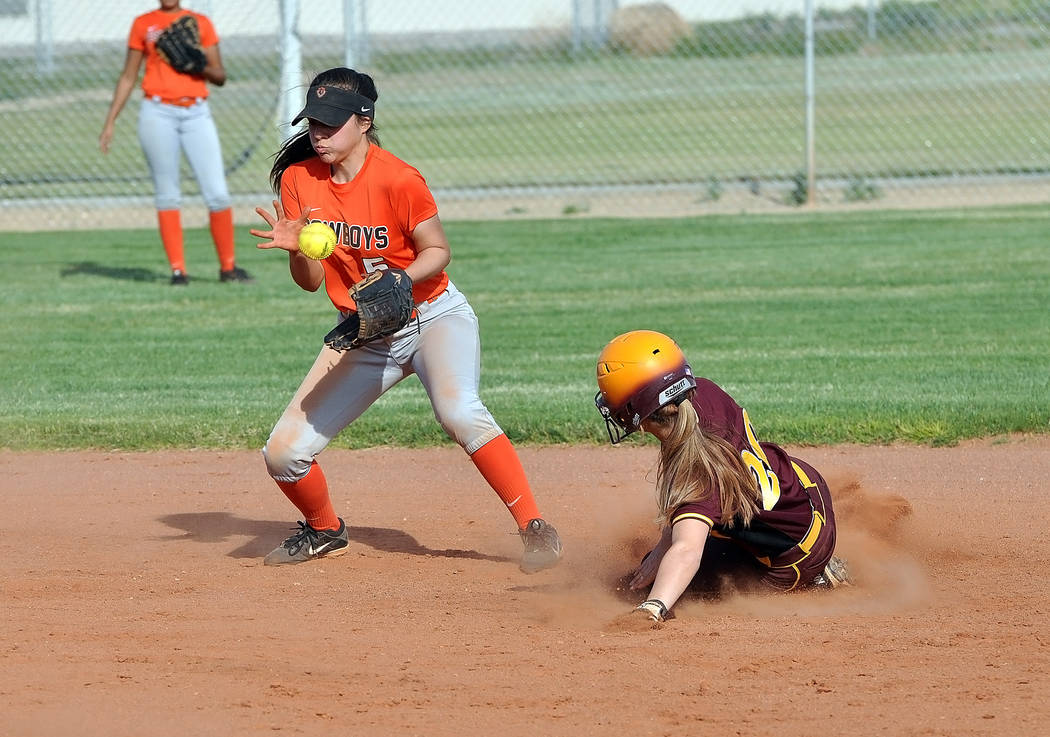 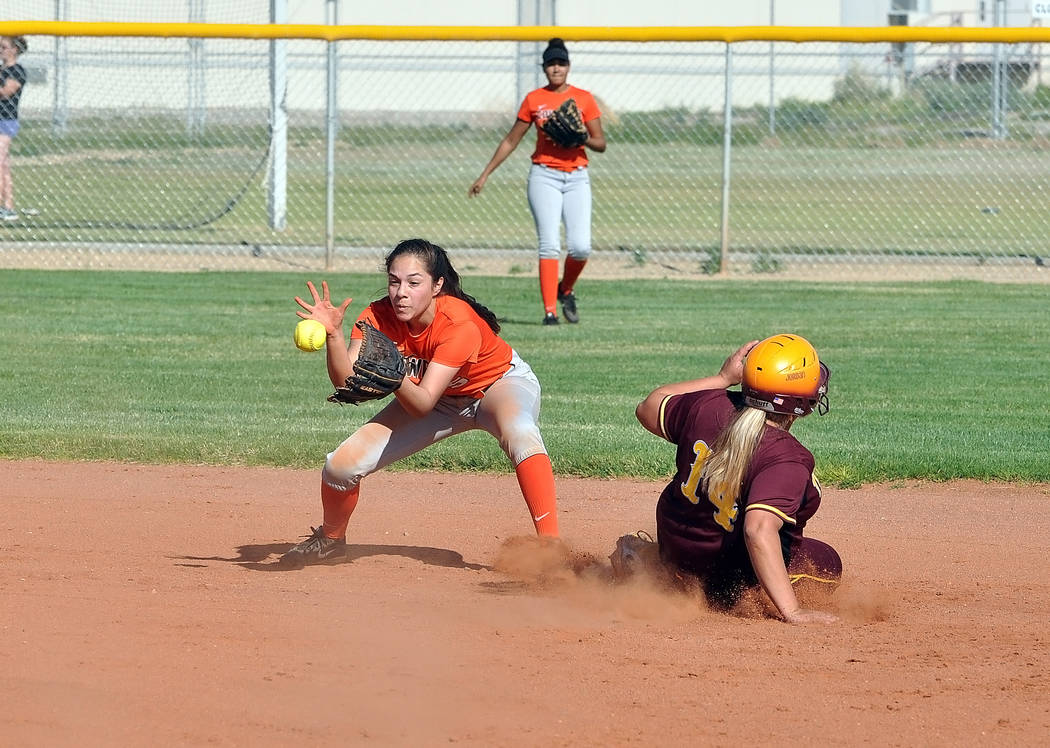 Jordan Egan shows off her speed as she slides into second against Chaparral on Monday.Horace Langford Jr. / Pahrump Valley Times 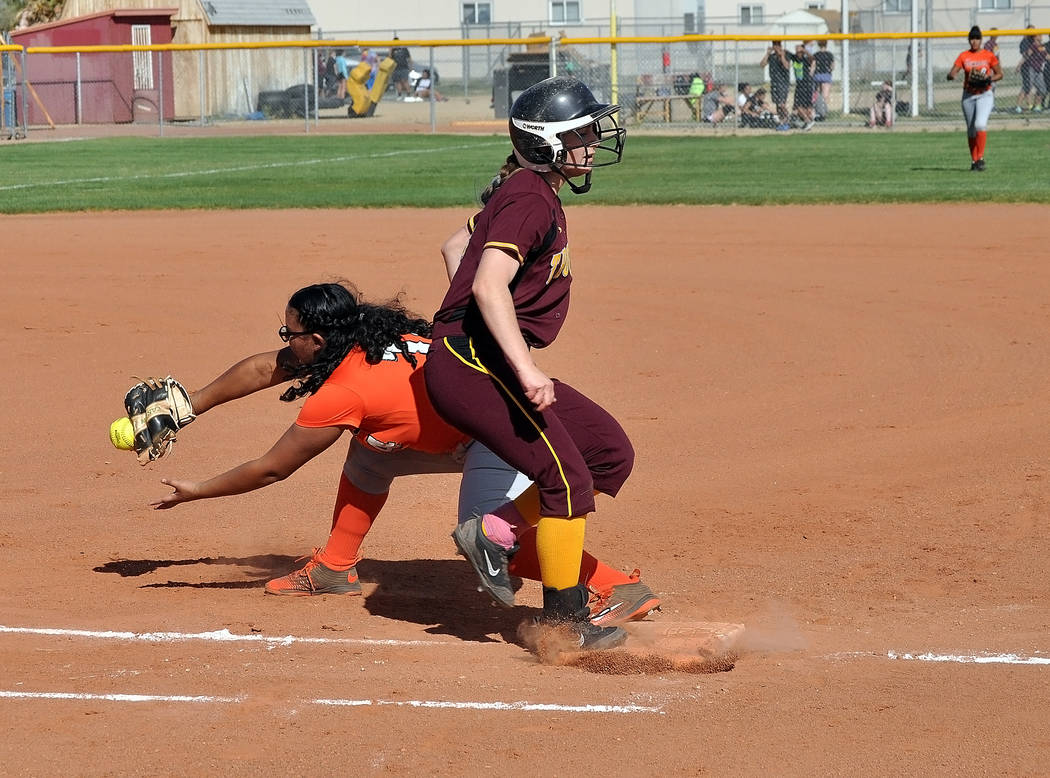 Kathy Niles is safe at first. The Trojans hustled for every base. Trojans coach Eli Armendariz felt his team was far more athletic than the Cowboys. Horace Langford Jr. / Pahrump Valley Times

Lady Trojans softball hosted Chaparral and beat the Cowboys 8-3 behind the hitting of freshman Skyler Lauver and sophomore Jessica Pearson.

“We scored four runs in the second inning,” he said. “Skyler Lauver had a double in the second. Jessica Pearson was also one of our lead hitters during the game, going 3-3.”

“I think our defense was far superior to theirs and I think we just need to hit better in the future,” he said.

The Trojans (6-2 Sunset League) got four runs in the second inning, one in the fourth and three in the sixth. And despite what Armendariz said, the team out-hit the Cowboys.

The Trojans will play on Wednesday on the road at Boulder City (9-4 Sunrise League), who finished as last year’s runner-up at state.

“This game against Boulder City will be a measuring stick for us,” Armendariz said.

At this point, Armendariz was unsure who will be pitching in that game.

“I have three good pitchers, and I haven’t decided who I will use,” he said. “I just might use all three, but I am not sure who will start.”