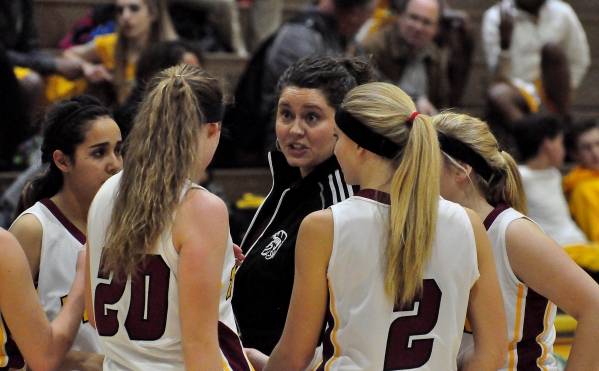 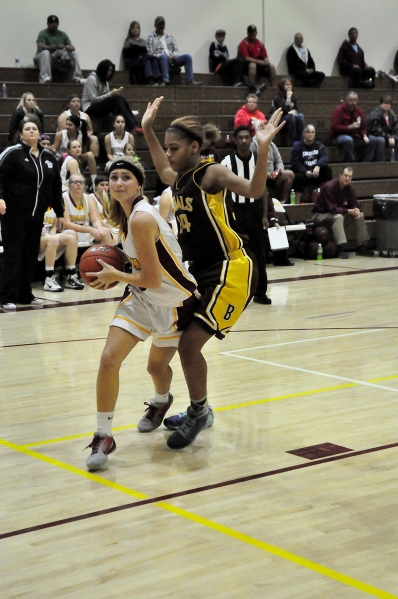 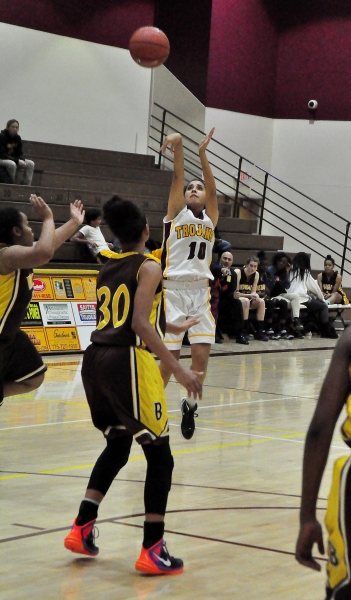 The Trojans (3-2 overall) had chased Bonanza (1-3) all night and had narrowed the margin to a 4-point game with four minutes remaining.

The girls had the opportunity to close the gap and possibly win the game, but bad passes, combined with the the fact that the Trojans couldn’t sink a basket in the final minutes allowed the Bengals to increase their lead to eight points and they eventually won by 9.

The Trojans are coming off a weekend tournament, the River Valley Invitational where they were 2-1.

In the game they lost, the girls had a problem with scoring there too. Trojans coach Jennifer Hagstrom said her team “just couldn’t buy a bucket.”

This theme repeated itself against Bonanza and the coach said there really wasn’t any pressure but her girls just missed open shots.

“We only hit six field goals all night, and couldn’t score enough to win the game,” she said. “We out-rebounded them, took more shots, and pretty much won every statistical category except the shooting percentage. If we make a few more shots, we win that ball game.”

At the tournament, Hagstrom said for the most part her girls were aggressive.

“We played well against a lot of ball pressure and tough defenses at River Valley,” she said. “I was very proud of the girls’ intensity and hustle. We played great team defense, and out-rebounded each team that we played.”

Andi Bishop led the team in scoring with 13 points.

The girls travel to Sierra Vista (0-2) tonight and hope to break out of their scoring slump to start league play and return home on Friday to face Clark High School (1-6) at 5 p.m.