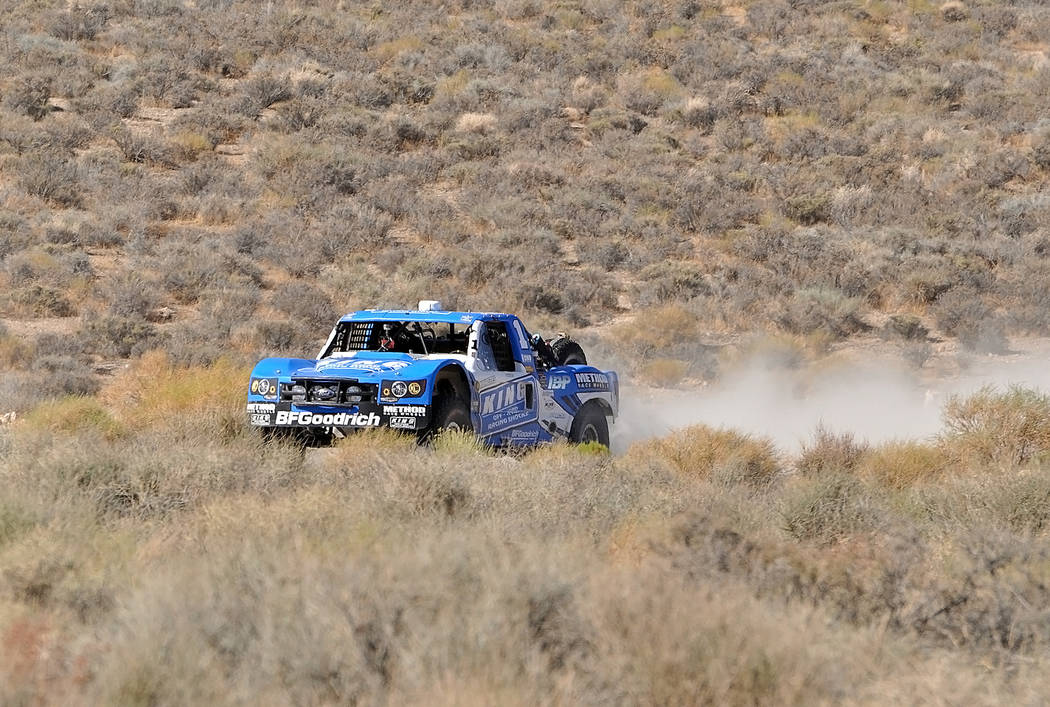 Horace Langford Jr./Pahrump Valley Times - Jason Voss in his number one Blue King Shocks truck is seen speeding through the desert during the Vegas to Reno Race in August. He took first place in that race and just took first place in the Tonopah 250. He will be teaming up with racer Rob MacCachren in the SCORE International Baja 1000.

Jason Voss won the VT Construction Tonopah 250 by a minute on Oct. 21.

According to Best in the Desert, Voss took the overall win in the Ford-powered No. 1 Trick Truck, besting Corey Keysar.

Voss, from Cupertino, California, finished the 250-mile loop race around Tonopah in three hours, 47 minutes, 53.226 seconds. He has taken three Best in the Desert races out of five with one remaining in the season, the Pahrump 250. One of those races was the Vegas to Reno Race in August.

Before Voss comes to Pahrump, he has the SCORE International Baja 1000 race to finish. It will be his second time racing with Rob MacCachren. MacCachren is going for his fourth win in a row at the Baja 1000.

“The amount of race teams that came out to the Tonopah 250 surprised us all,” Turner said. “It was just so far out of the way we didn’t expect the turnout.”