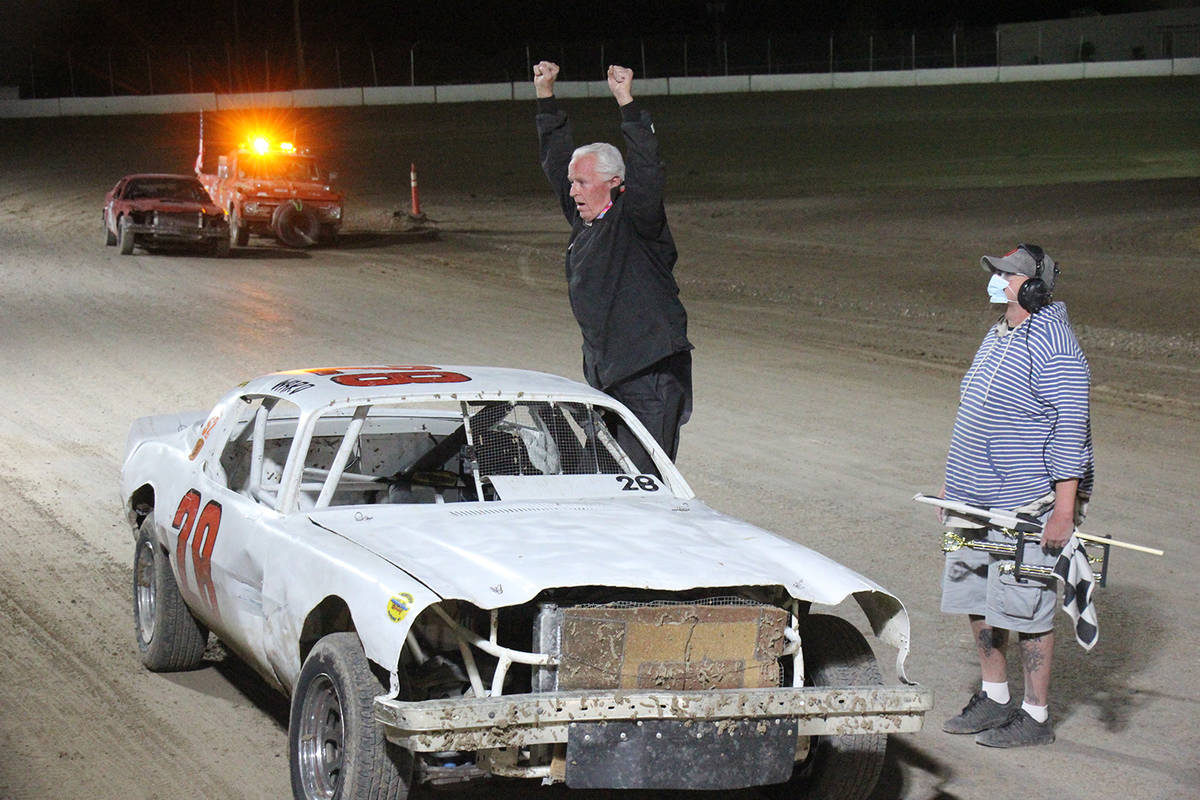 Jared Ward continued his dominance of the Hobby Stock division at Pahrump Valley Speedway, posting his fifth consecutive win April 10 to expand his lead in the season standings.

Ward has picked up 50 points on four of the five racing nights, netting 47 when he earned 37 for winning in a smaller field. His season total of 247 is 16 better than Jay Ward, who ran second. Doug Murphy, Benjamin Sherard and Debbie Ward rounded out the top five.

Over in Coupes, Mark Daub has been almost as dominant, winning his fifth consecutive main event race and his third heat race of the season. Those wins enabled Daub to gain 6 points on second-place Daniel Bruner and 7 points on third-place Scott Halloway in the points chase.

Jerry Walton won his fourth consecutive Sport Mod main event but Jeff Murphy pulled one point closer in the season standings. Those two have built almost a 50-point cushion over the rest of the pack, which has the most drivers of any division at the speedway this year.

Modifieds has been an unusual class this year. Although they have raced on every night this season, none of the 12 drivers who have recorded points has raced more than twice and most have raced just once. That explains how Rick Durica, who raced in the heat on Feb. 27 but not in the main event, vaulted into third place with his April 10 win.

Tim Labrake, Tim Helms and Donald Riley rounded out the field; only Riley had raced Modifieds over the first four weeks at the speedway.