Special to the Pahrump Valley Times 23 pitchers participated in the Ringer Night Roundup NSHPA tournament in Pahrump on Saturday, July 9, 2022. 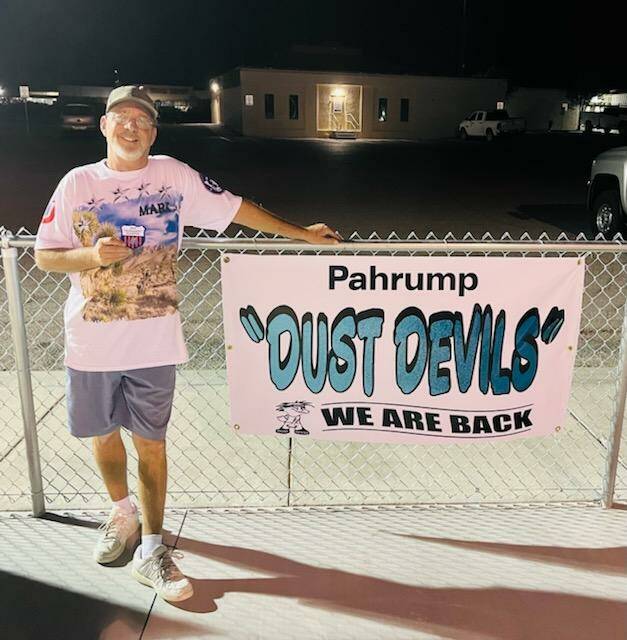 Special to the Pahrump Valley Times Mark Kaczmarek took the top spot in the 40-foot A class during the Ringer Night Roundup NSHPA tournament on Saturday, July 9, 2022. 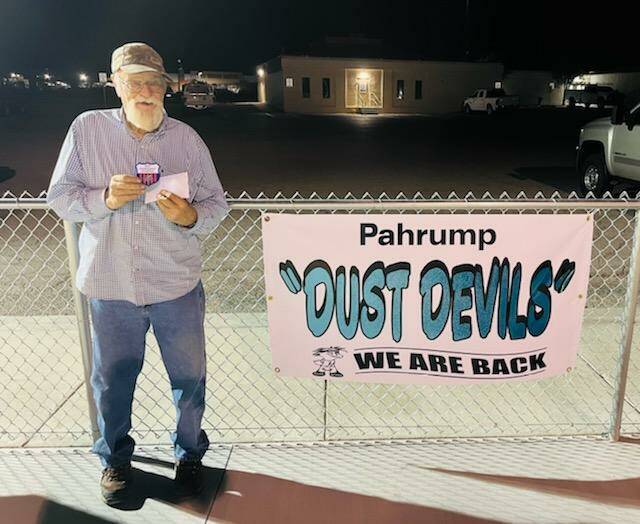 Special to the Pahrump Valley Times Lawrence Workman took the top spot in the 30-foot A class during the Ringer Night Roundup NSHPA tournament in Pahrump on Saturday, July 9, 2022. 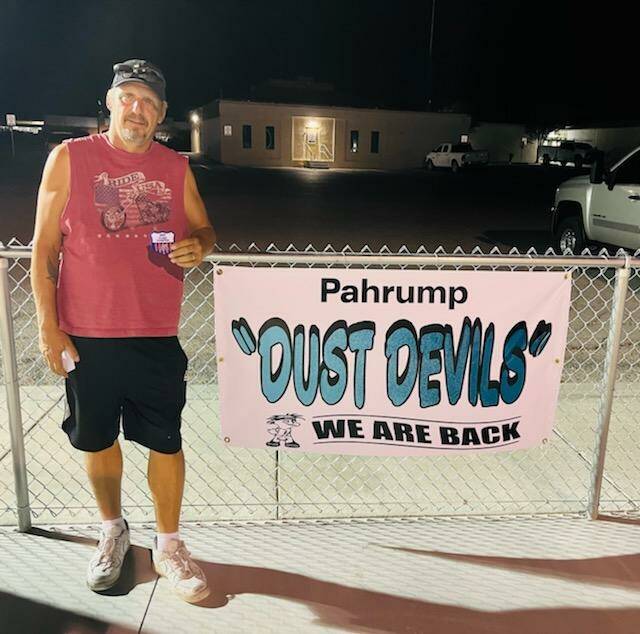 Special to the Pahrump Valley Times Heath Russell finished in first place in the B class at the Ringer Night Roundup NSHPA tournament in Pahrump on Saturday, July 9, 2022. 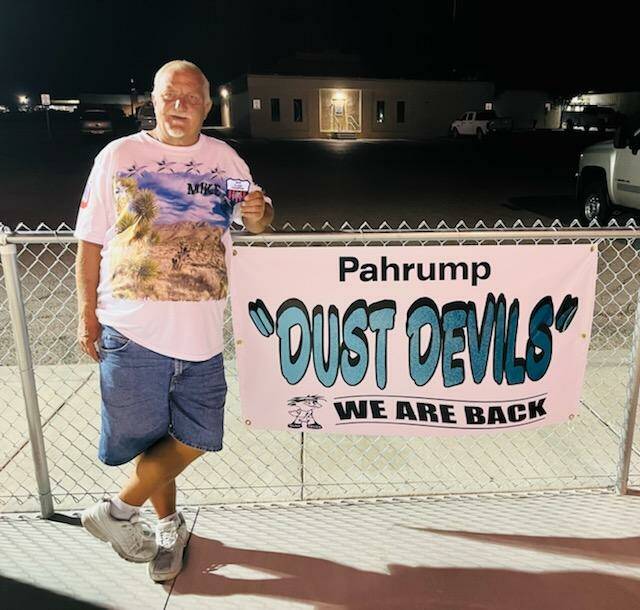 Special to the Pahrump Valley Times Mike Dedeic finished in first place in the C class at the Ringer Night Roundup NSHPA tournament on Saturday, July 9, 2022.

The Ringer Night Roundup event had 23 pitchers participate in a singles, round robin style tournament.

The A class was split into two groups – the 30 footers and the 40 footers.

Lawrence Workman took first place in the 30-footer A class with a record of 3.5-0.5. HIs tie came in the final matchup of the day against Dennis Anderson.

Workman finished the tournament with 182 points, while throwing 102 ringers in his 200 throw attempts.

In second place of the 30-footer A class was Tom Grose. Grose finished with an overall record of 3-1 with his only loss of the tournament coming in his matchup against Workman.

Workman and Grose were the only pitchers in the tournament who finished with a ringer percentage over 50%.

The third place finisher for the 30-foot A class was Dennis Anderson. He finished the day with a record of 1.5-2.5.

Anderson had 136 total points and threw 66 ringers during the tournament.

Mark Kaczmarek, Kasey Dilger and Dan Dunn all finished the tournament with 4-1 records.

Dilger defeated Dunn in the first round of the playoff to move on to face Kaczmarek for the top spot.

Kaczmarek would defeat Dilger by a score of 44-15 to take home the top spot. Kaczmarek finished with a record of 5-1 for the tournament, with his only loss coming against Dan Dunn.

Kaczmarek finished the day with 200 points, throwing 92 ringers in his 240 throws.

With his loss to Kaczmarek, Dilger would take home the runner-up spot for the 40-footer A class.

Dilger ended the tournament with class highs in both total points, with 205, and ringers thrown, with 95. He would finish the day with an overall record of 5-2.

In the third spot of the 40-footer A class was Dunn, who was defeated in the first playoff matchup by Dilger.

Dunn finished the day with a 4-2 record, ending with 154 total points and he threw 74 ringers.

In the B class, Heath Russell finished in first place after starting off the tournament with a tie against Don Brown.

Following the opening matchup tie, Russell would go on to win the next four matches he played to finish the day with a 4.5-0.5 record.

Brown was the runner-up for the B class. He finished the tournament with a 3.5-1.5 record. His only loss came in his matchup against Dave Barefield.

Brown finished the tournament with 124 points and he threw 35 ringers.

In third place for the B class was Randy Salzwimmer. He and Barefield finished tied with a 3-2 record, however Salzwimmer won the tiebreaker due to scoring just one more point in the tournament.

Barefield finished with a total of 128 points and threw a class-high 51 ringers.

In the final class of the tournament – the C class – Mike Dedeic took home the top spot. He finished the tournament as the only undefeated pitcher, ending the day with a perfect 5-0 record.

Dedeic ended with class highs in both points, with 165, and ringers, with 49.

The C class’ runner-up was Michael Workman who finished with a 3.5-1.5 record. His tie came against Danielle Workman and his only loss came against Dedeic.

Workman finished with 124 total points and threw 30 ringers throughout the course of the tournament.

In the third place spot of the C class was Chris Preciado. He finished with a record of 3-2.

Preciado finished the day with 106 points and threw 23 ringers.

The NSHPA will be off for the remainder of July due to the World Championships taking place in Monroe, Louisiana. Lathan and Kasey Dilger are the only representatives from the Pahrump area who will be participating in the tournament.