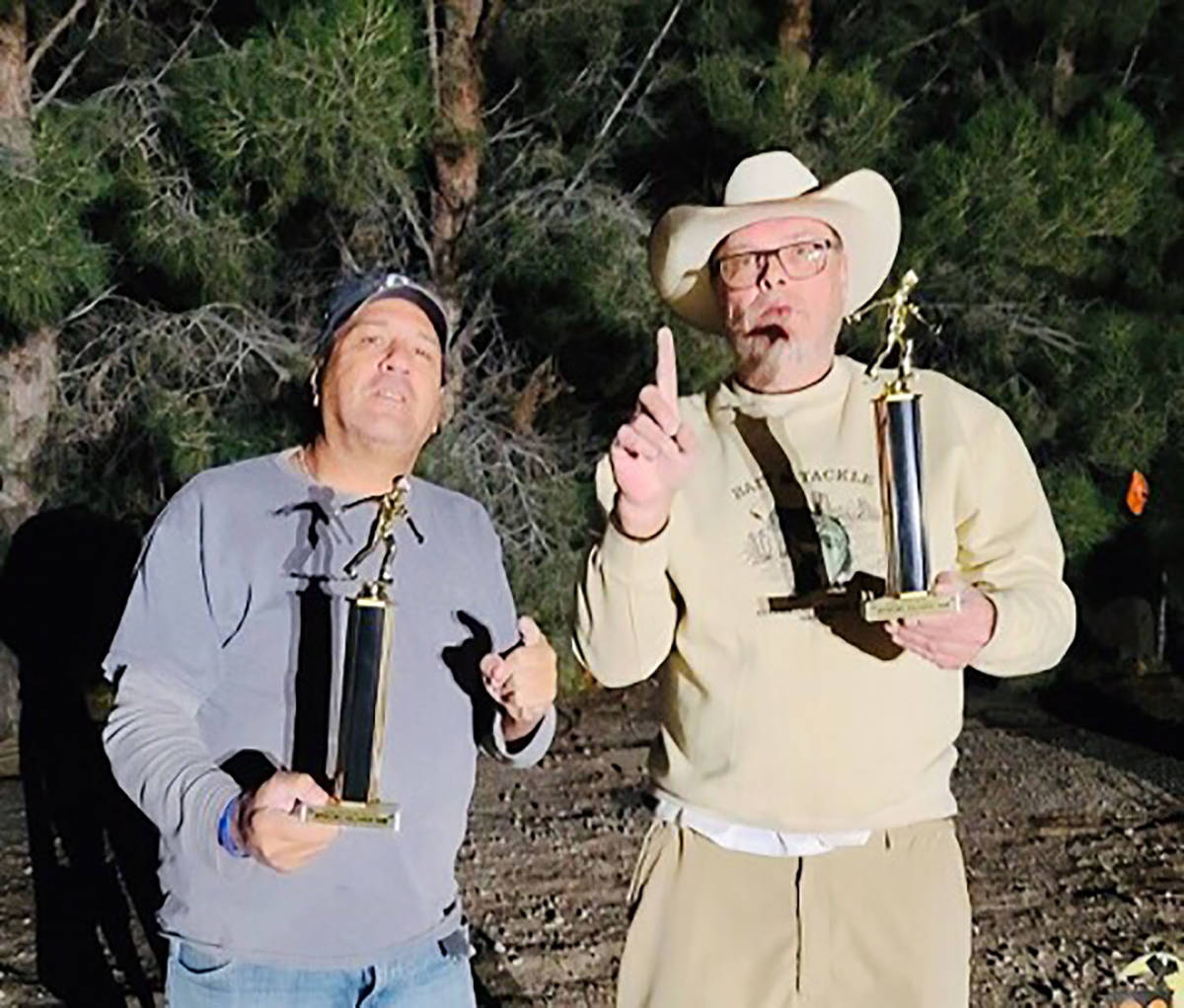 Special to the Pahrump Valley Times DJ Zuloaga, left, and Lathan Dilger after they won a playoff game to decide the champion of Jefferson's Halloween Haunt horseshoes tournament Oct. 30.

Four doubles teams competed in the latest in a series of backyard tournaments, with the two playoff teams each winning two of three games during the round robin. Dilger and Zuloaga lost to George Mallory and Mike Dedeic in their second game, then defeated the Andersens to force the playoff game.

The winners took home $40, while the runners-up pocketed $20. Randy Salzwimmer and Jefferson Counts finished third because of a victory over Mallory and Dedeic in their final game.

At least one more backyard tournament will be played with the possibility of another, said Dilger, president of the Southern Nevada Horseshoe Pitchers Association.