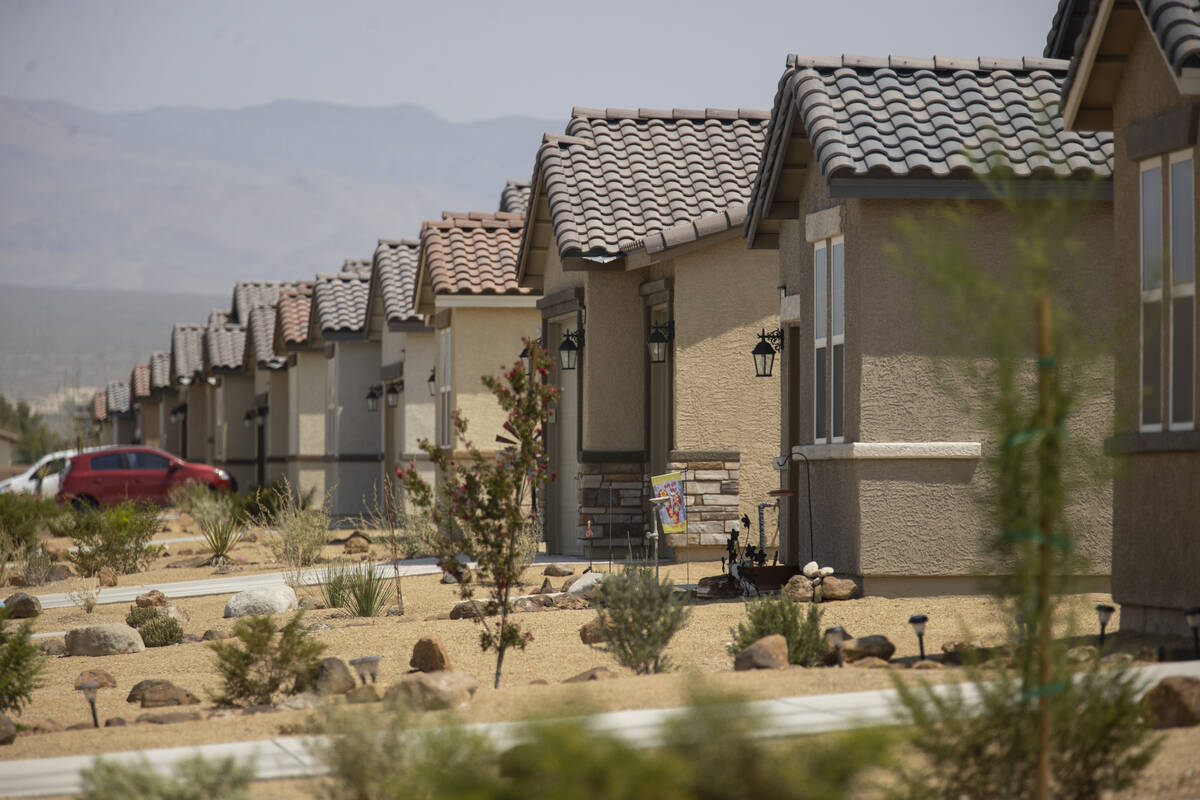 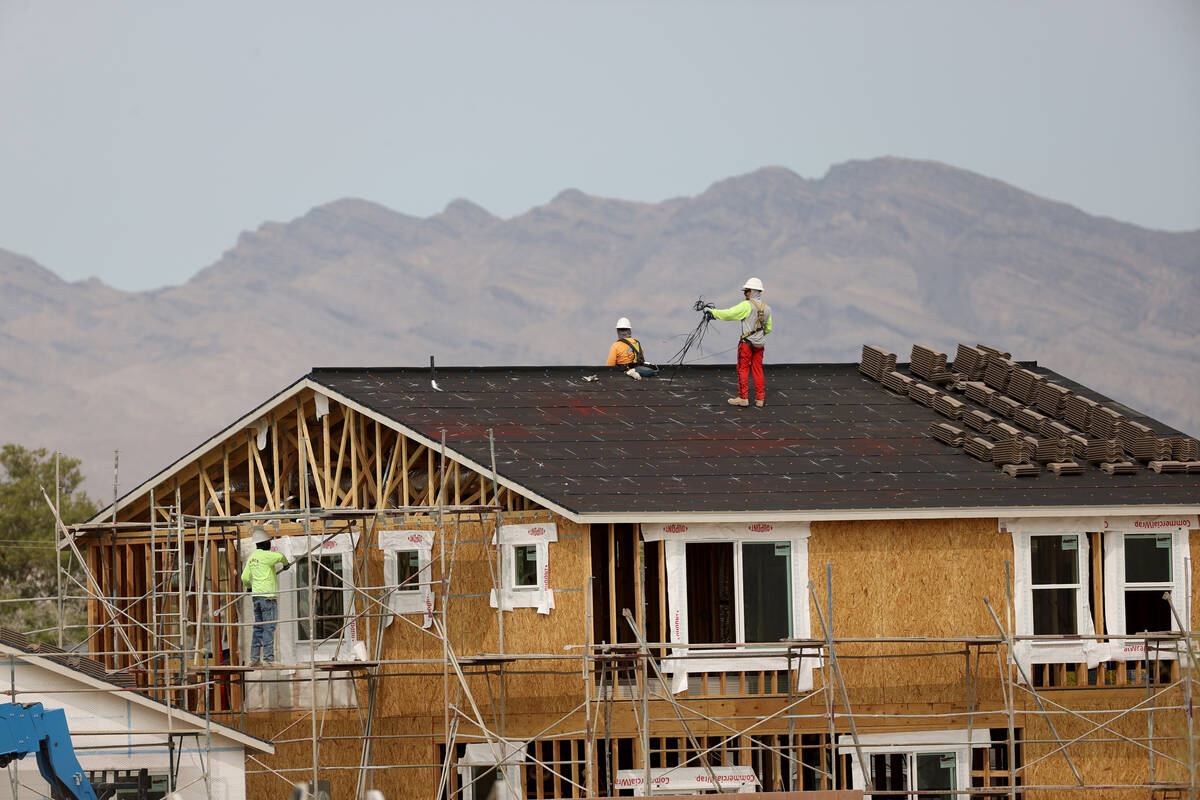 Workers on the roof of a home under construction in the Beazer Homes community in Indian Springs, Friday, Sept. 11, 2020. (Erik Verduzco / Las Vegas Review-Journal) @Erik_Verduzco 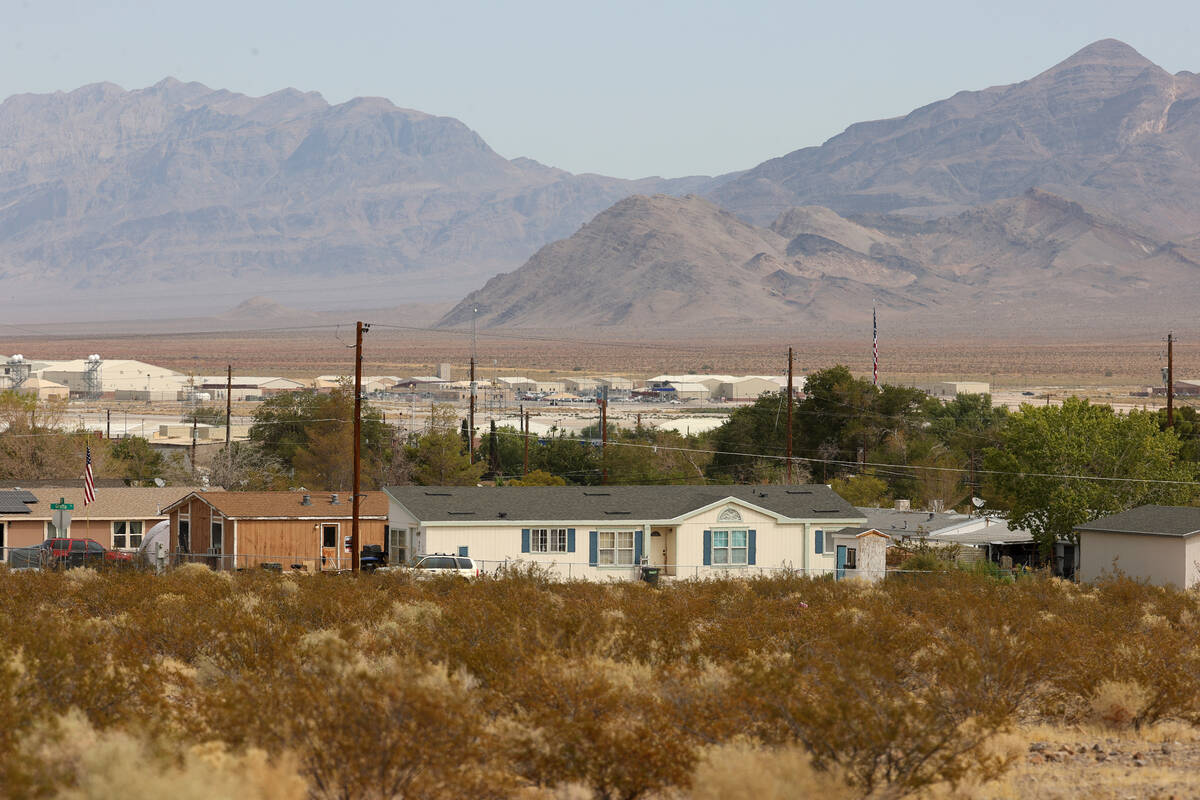 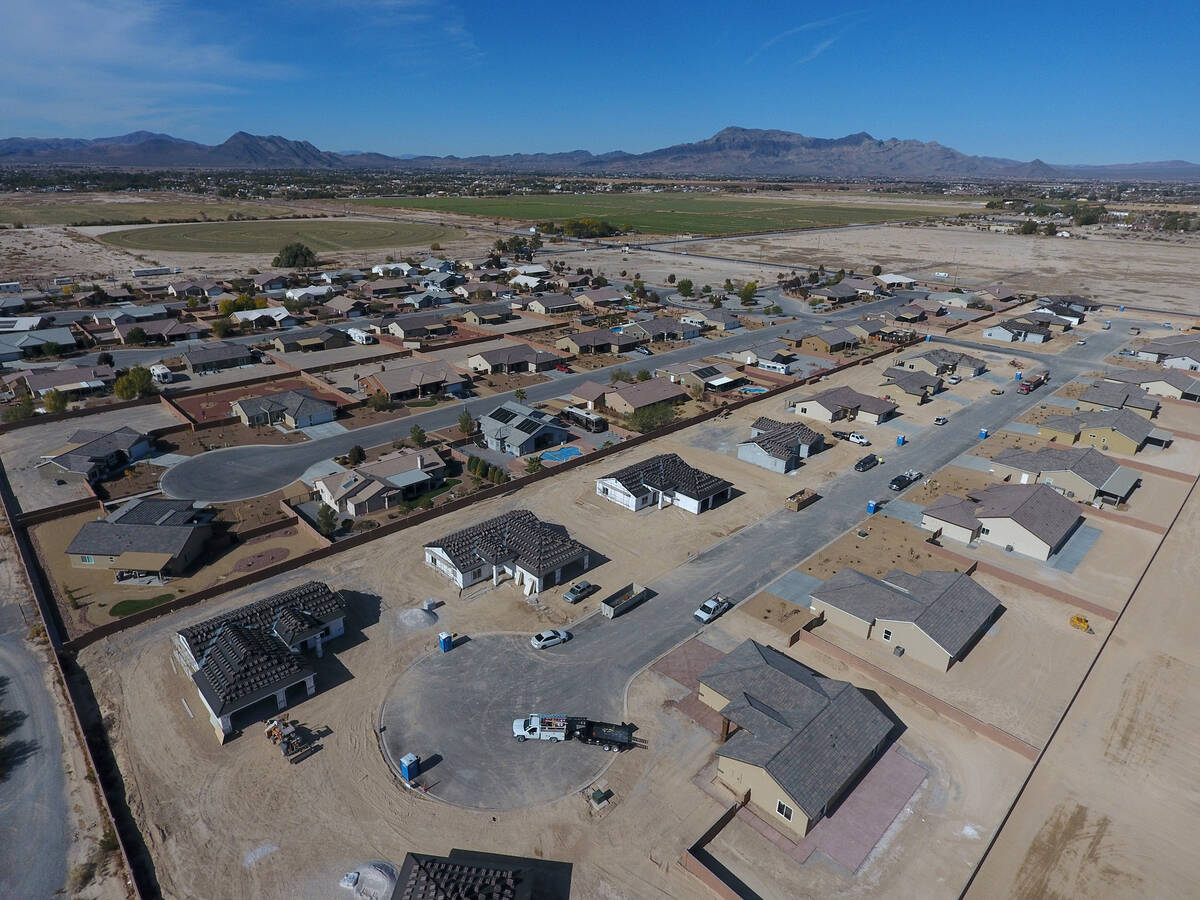 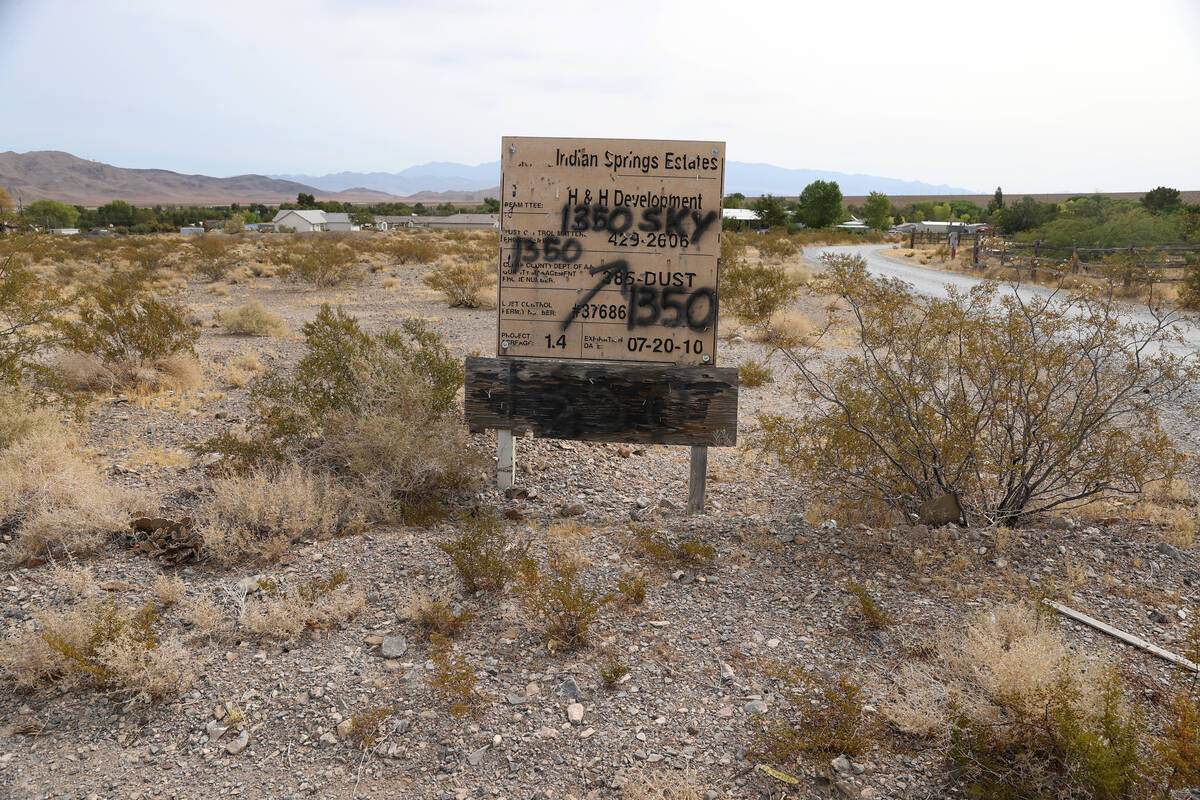 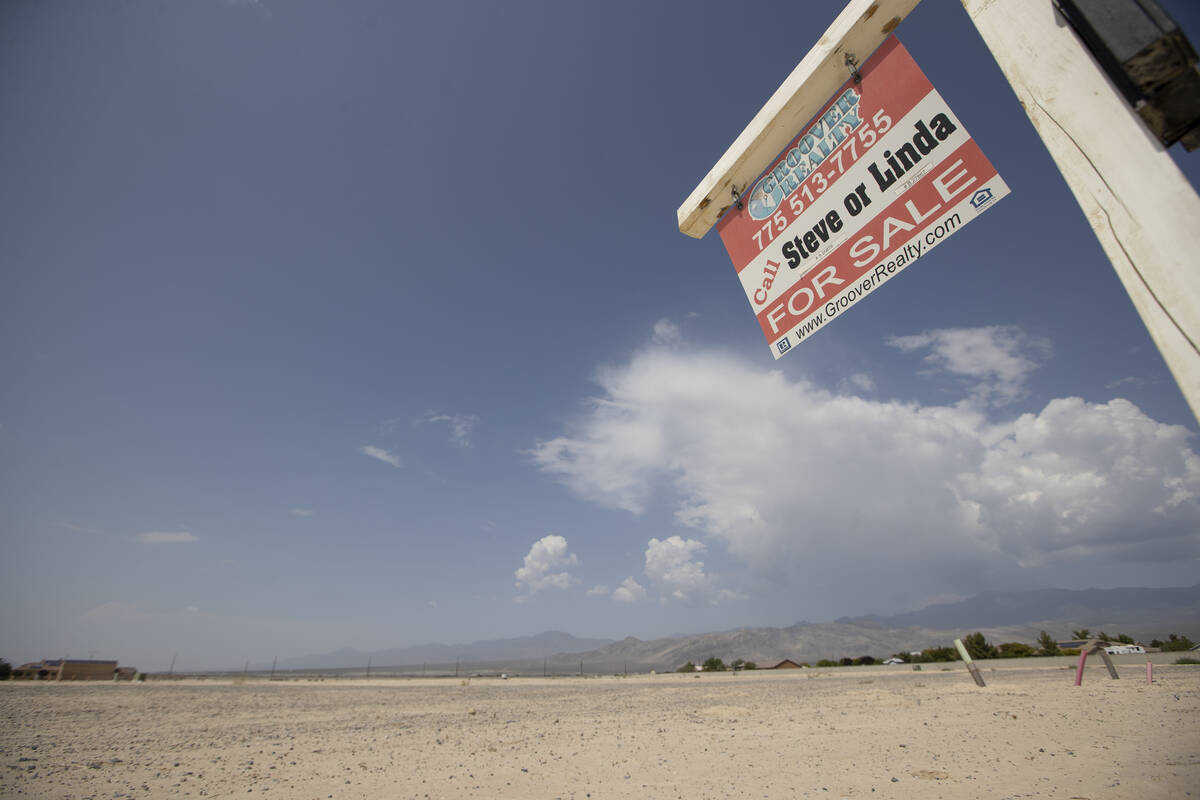 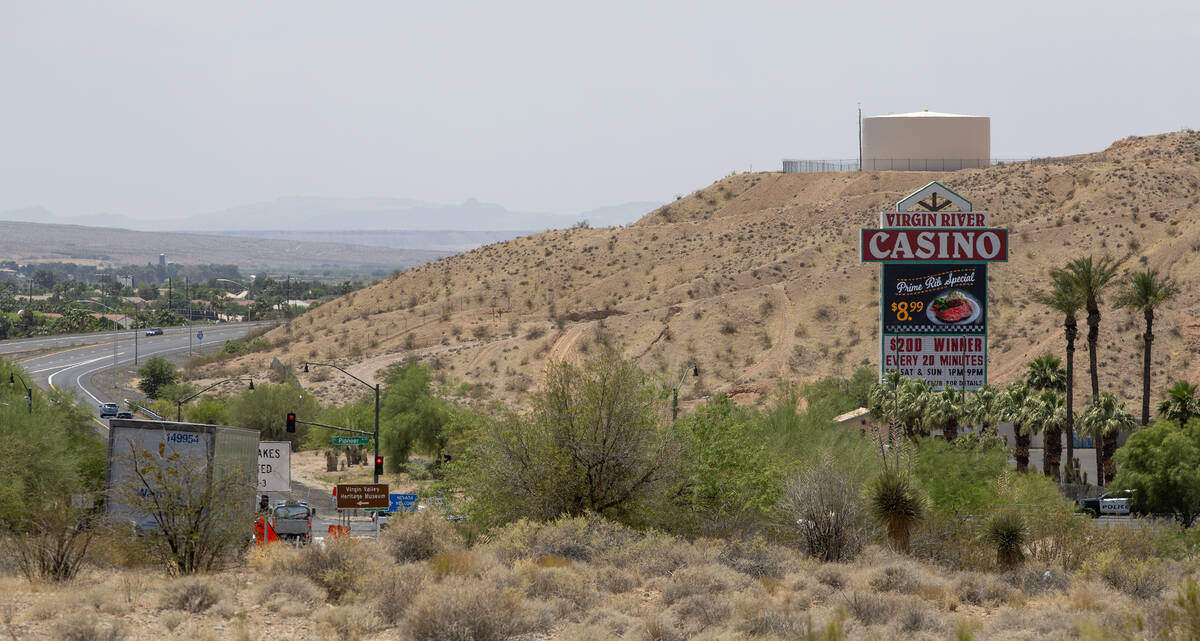 A view of Mesquite, Nev., off I-15 on Thursday, June 3, 2021. (Ellen Schmidt/Las Vegas Review-Journal) @ellenschmidttt 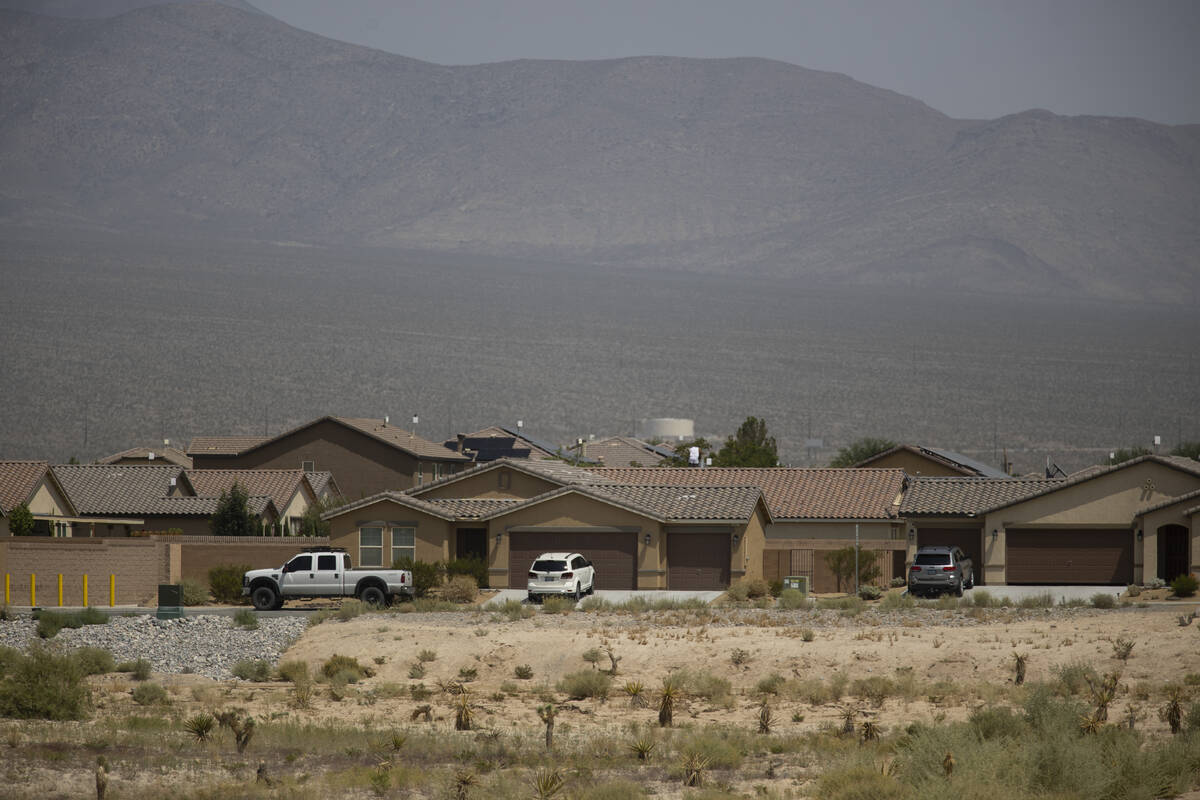 Most, if not all, of the major builders in the region “are seriously investigating opportunities” in outlying areas such as Pahrump, Indian Springs, Moapa Valley, Mesquite and Laughlin, according to a new report from Las Vegas-based Home Builders Research.

Homebuilding has long been occurring in these areas, but perhaps now is the start of a broader “acceleration” to “address the needs of buyers in the lower price ranges,” the firm’s president, Andrew Smith, wrote in the report.

Builders’ land acquisition costs are a key factor when they decide how to price their homes, and lately, amid Southern Nevada’s housing boom, buying acres of dirt in the Las Vegas area has become increasingly expensive.

Small communities an hour or so outside Las Vegas don’t have nearly as many job opportunities or amenities as America’s casino capital. However, they have plenty of open land, and it typically costs much less.

Southern Nevada’s housing market has accelerated over the past year-plus with rapid home sales and record-high prices, fueled largely by rock-bottom mortgage rates that have let buyers stretch their budgets.

Amid the frenzy, Las Vegas Valley builders have put buyers on waiting lists, regularly raised prices, taken bids for lots and in some cases drawn names to determine who gets to purchase a place.

The median sales price of newly built homes in Southern Nevada in February was ​​$453,353, up 19.2 percent from the same month last year, Smith reported this week.

Builders also pulled 2,899 new-home permits this year through February, up 13 percent from the same two-month period in 2021, indicating an increased construction pipeline.

With house prices increasing fast in Las Vegas, a rising tally of buyers have looked to Pahrump, an unincorporated town in Nye County some 60 miles west of the Strip.

Pahrump has been known for its history of libertarian leanings, widespread gun ownership and legal brothels outside of town, not to mention open space, plenty of retirees and an overall slower pace of life.

When it comes to housing, it also has offered lower prices, big lots and less competition, though prices may not be as cheap anymore as some people think.

“This beauty truly must be seen to be believed,” the listing declares. “It won’t last long!”