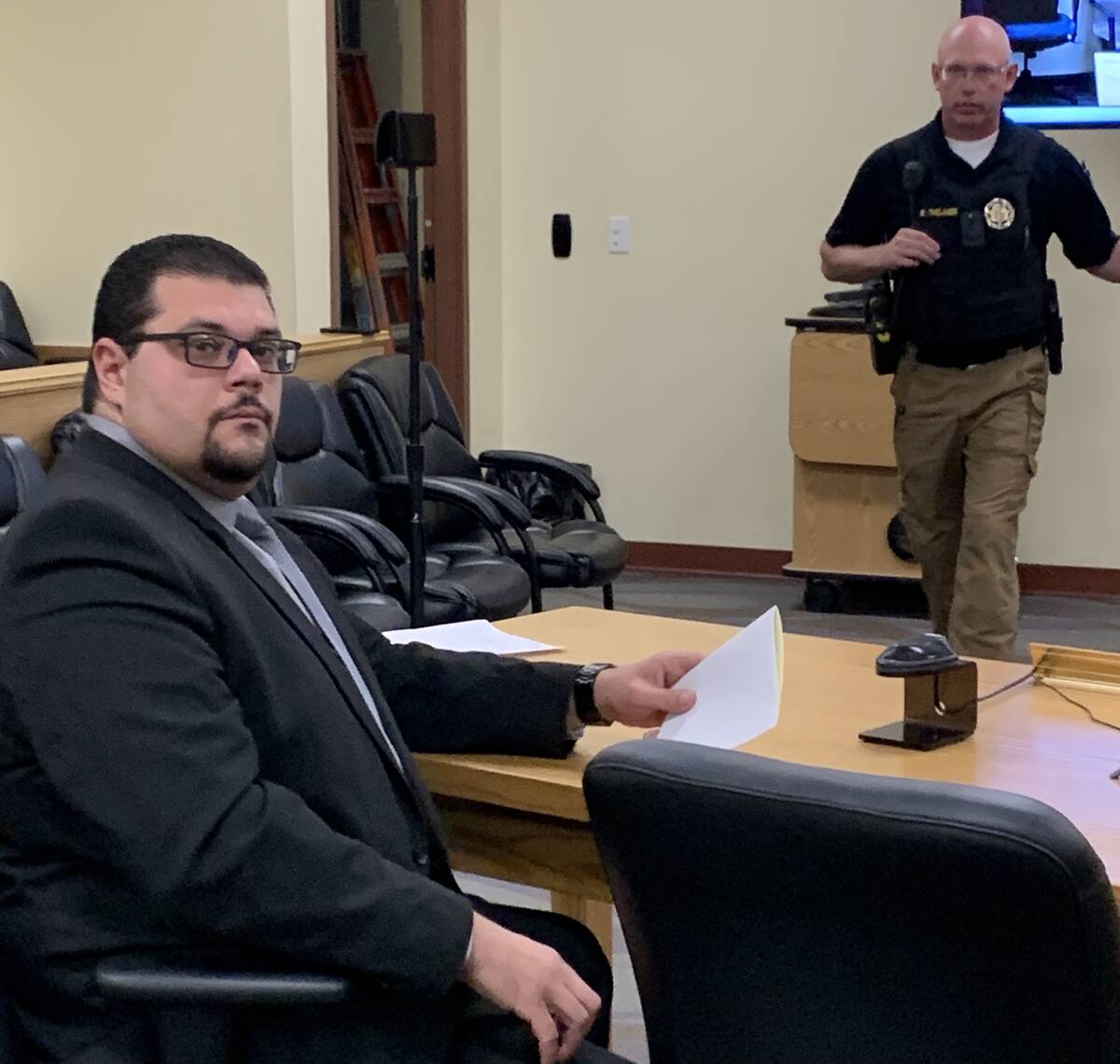 Nye County Commissioner Leo Blundo told a judge on Monday that he would seek a court-appointed attorney to defend him against allegations that he choked and restrained his wife at their Pahrump home earlier in March.

Blundo told judge Richard Glasson — a special-appointed justice of the peace from Tahoe Justice Court at Stateline, South Lake Tahoe — that he had met with several defense attorneys in the past months, but wasn’t able to retain one in the case against him because they were too expensive.

“I’m currently working on that situation [to retain counsel],” Blundo said. “It’s been a very difficult and trying endeavor.”

Blundo said he intends to apply for a court-appointed public defender, typically reserved for low-income defendants who are unable to afford their own private counsel. But Blundo acknowledged on Monday that he may not qualify for the service.

Judges typically consider a defendant’s income and circumstances before making any legal appointments.

Blundo receives approximately $28,500 in annual salary as a commissioner, according to the Transparent Nevada website.

He also owns and operates Carmelo’s Bistro Italian restaurant in Pahrump. The business generates less than $370,000 in annual sales, according to the commercial data analytics firm Dun & Bradstreet Corp.

Blundo will next appear in Pahrump Justice Court on Sept. 12 for a preliminary hearing.

Blundo is accused of choking his wife, Melissa Blundo, at their home in March after he discovered more than $77,000 in cash and a gun was missing from there. Melissa Blundo also attended the hearing on Monday in Pahrump Justice Court.

Esmeralda County District Attorney Robert Glennen, who was appointed as special prosecutor of the case, declined to comment.