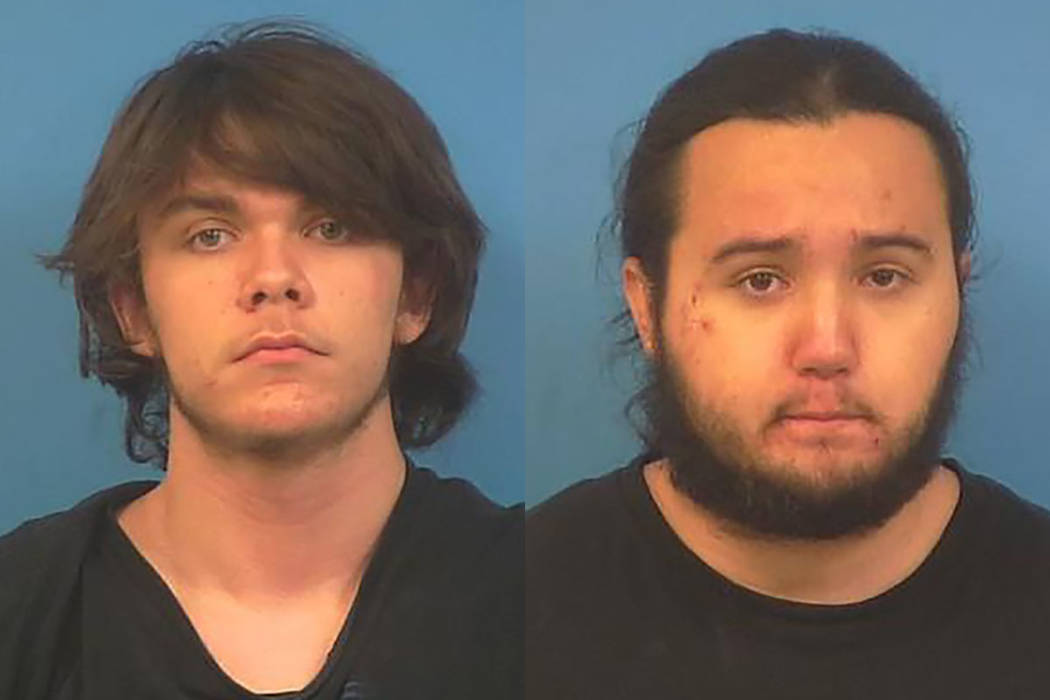 Two Pahrump teenagers were arrested early Wednesday after confessing to stabbing and beating their mother to death because they did not like her parenting style, the Nye County Sheriff’s Office said.

Michael Wilson and Dakota Saldivar, both 17, are facing charges of murder, conspiracy to commit murder and domestic battery with a deadly weapon.

The stabbing and bludgeoning attack lasted for a half-hour while Dawn Liebig, 46, fought for her life, the teens told police. One teen took investigators to a shallow grave in the desert where Liebig’s body was dumped.

Liebig was reported missing Monday, Sgt. Adam Tippetts said in a Facebook video. Deputies went to her home on the 6300 block of Wedgewood Street in Pahrump, where they found Saldivar and Wilson.

The teens told investigators that their mother had disappeared and that they had not heard from her. Investigators determined inconsistencies in their stories and continued to question the teens and search their phones.

Saldivar and Wilson changed their stories and told investigators that Liebig was suicidal and wanted their help in killing herself. They told detectives that they stabbed her to death at her request.

Eventually, the teens confessed to stabbing her after getting into a fight before the attack. They told detectives they were tired of her parenting style and her demands on them, Tippetts said.

They waited until Liebig fell asleep before they attacked her, they told investigators. Saldivar and Wilson were booked into the Nye County Detention Center, officials said.

On a Facebook page for Pahrump resident Dawn Liebig, the intro reads, “I’m a mom that hopes she did okay. I want my boys to become the men I hoped for. I live for them.”