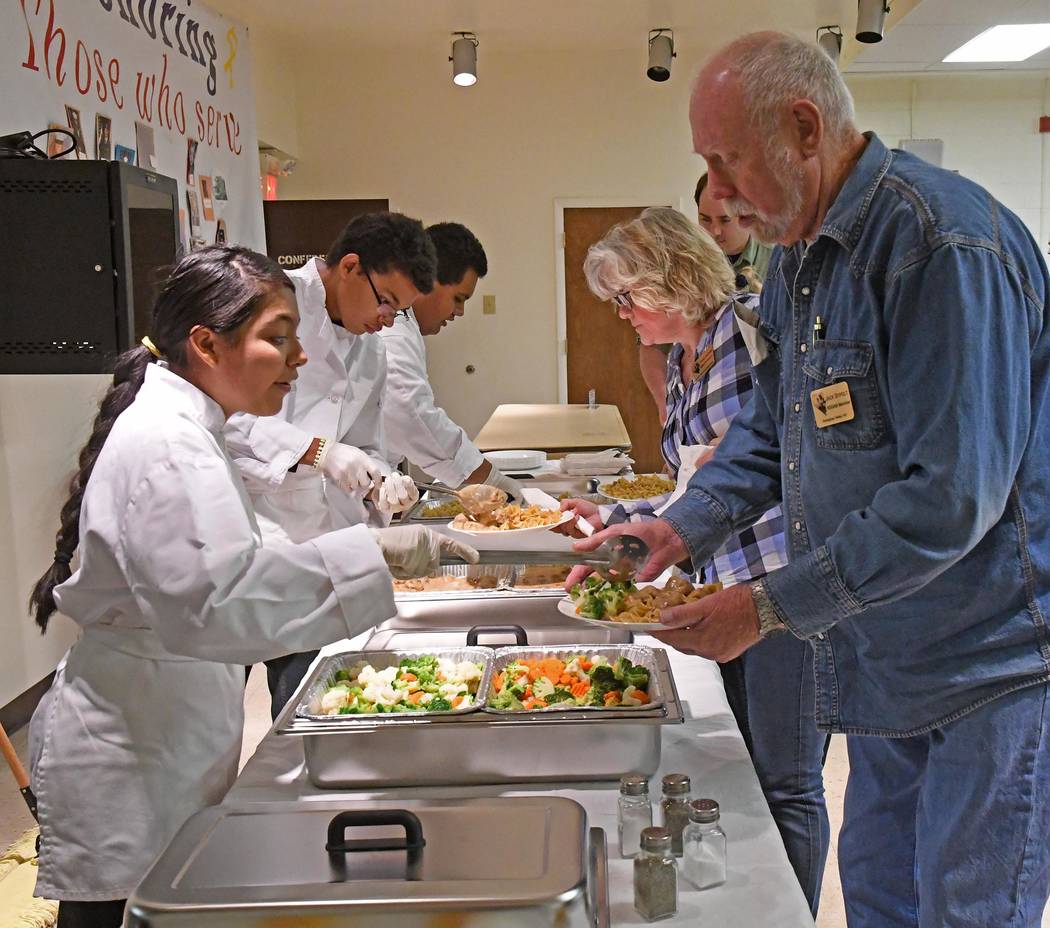 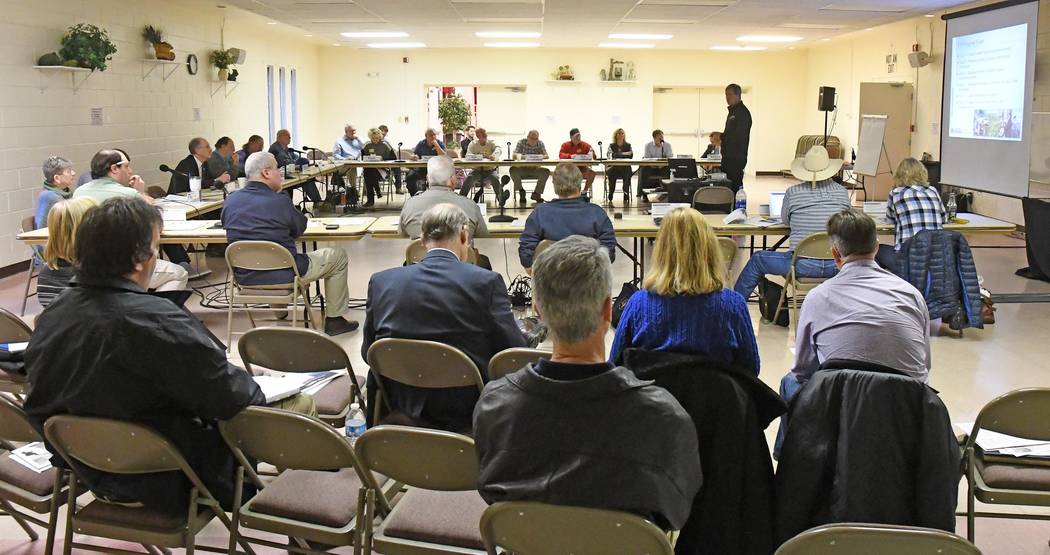 Richard Stephens/Special to the Pahrump Valley Times The Nevada Site Specific Advisory Board held a full meeting in the Beatty Community Center Wednesday, Jan. 18. The NSSAB is made up of residents from communities near the Nevada National Security Site. 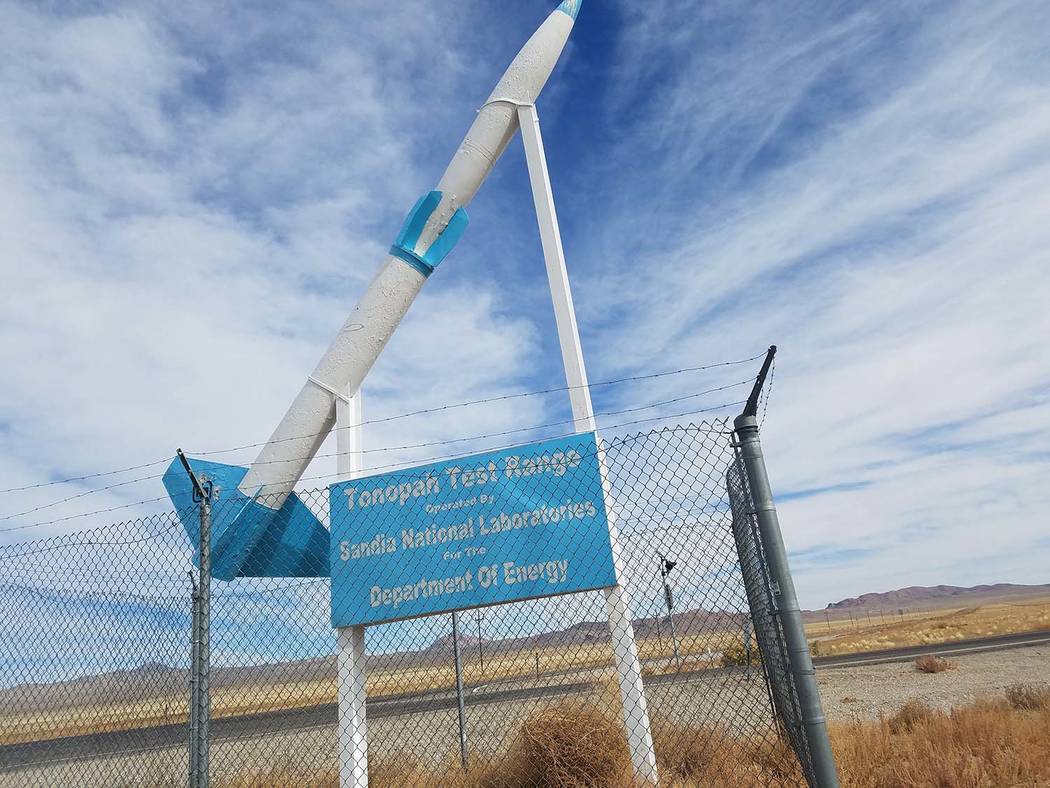 The Tonopah Test Range in Nye County was an area of focus at a recent meeting of the U.S. Department of Energy’s Nevada Site Specific Advisory Board.

Meeting in the Beatty Community Center on Jan. 18, members were filled in on what had been done to remediate and monitor various sites within that range.

This involves such things as removing or isolating contaminated materials, revegetation, determining appropriate use and access, and ongoing inspection and maintenance.

The Environmental Management Nevada Program that is currently managing the Tonopah Test Range is slated to end in fiscal year 2030, and they are beginning to consider what to do with the sites that they have remediated or completed work on other than inspection and monitoring.

They said that the Air Force did not want to take over the sites, even though they are contained within the Nevada Test and Training Range, of which it is the current landlord.

The Office of Land Management is a more likely possibility, as it has taken over previous sites that Environmental Management has finished work on in the past. However, anyone taking over the sites would have to reach agreements with the Air Force.

Nye County’s Vance Payne had several questions about funding for site management in the future and about the legal status of the land.

He did not favor putting the Air Force in charge of it, saying he had seen problems elsewhere when things were altered with a change in command.

After discussing the choices, they said they were seeking the board members’ recommendation and were open to other possibilities if members of the board thought of any.

The Nevada Site Specific Advisory Board is made up of residents from communities near the Nevada National Security Site, formerly called the Nevada Test Site.

Administrator Barbara Ulmer says that they seek diversity in the board membership. They range from local government officials to retirees. Members from Beatty, for instance, include Dick Gardner, chairman of the Beatty Town Advisory Board and Amina Anderson, manager of the Beatty Museum.

At the meeting, members were informed about DOE procedures and activities in various areas of environmental management and restoration, including those involving what are termed “legacy” sites.

The meeting was long enough to include a break for dinner, which was catered, as many Beatty events are, by students from the Beatty High School’s Family, Career and Community Leaders of America students. Their teacher is Julie Moen.