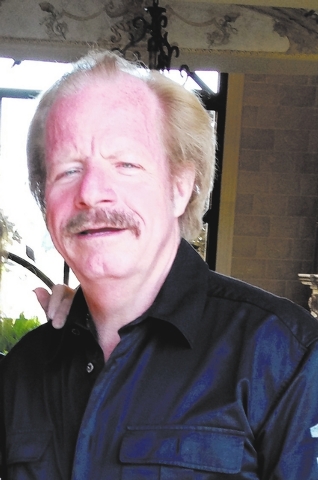 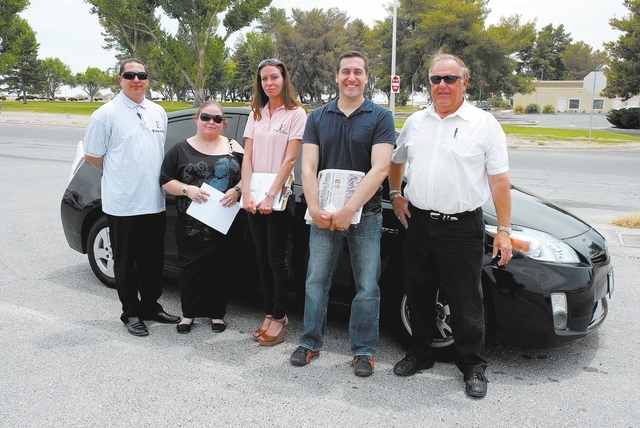 Pahrump residents who need a cab could soon be riding in style.

By Dec. 9, Integrity Taxi LLC might be sending a new Toyota Prius to pick up passengers after the Nevada Transportation Authority Thursday approved the company’s license to operate a local taxi service.

The NTA found Integrity Taxi was financially and operationally fit as well as willing and able to perform the transportation service. They found the application would be in the public interest, foster sound economic conditions in the industry and not unreasonably or adversely affect other carriers operating in the service territory.

The NTA concluded the operation will provide service on a continuous basis and the market would support the proposed operation.

Integrity Taxi co-owner James Jimmerson also plans to operate a 15-passenger daily shuttle to Las Vegas, leaving probably between 7 a.m. and 8 a.m. and returning at 5 p.m. There will be stops at the Silverton Casino, the South Strip Transit Center, McCarran International Airport and the Fashion Show Mall. The one-way fare will be $24.95.

In testimony during hearings Sept. 17 and Oct. 3, Jimmerson said his company operates 60 shuttles in Las Vegas, including between the airport and casinos. Though he is aware of the prior failure of Las Vegas bound shuttles from Pahrump, Jimmerson told the authority his company has the operational and financial background to see the business through for the long term. The last Pahrump to Las Vegas shuttle was operated by Regent Holidays, which lasted less than a year. Jimmerson told the NTA he would commit to operate the Las Vegas shuttle for at least one trip per day, even if it operates at a loss.

Jimmerson told the Pahrump Valley Times he has three drivers already hired and is looking for more. They have an office at 681 West Street. He also has two office workers in place. All told, Jimmerson said he expects to hire five more employees for a total of 10.

“It was a great deal of hard work but an effort that was very much worthwhile. My wife and I have enjoyed working and meeting all of our friends and neighbors in Pahrump. We really enjoyed the experience, we look at providing first class transportation services to the residents of Nye County,” Jimmerson said.

He was impressed that Pahrump residents sent back more than 2,000 self-addressed post cards addressed to NTA Commissioner George Assad, a 13.75 percent return rate. They were hoping for only a 4-percent return, which he said was evidence of the need for transportation.

“They have not had the benefit of new vehicles in many, many years. These are going to be brand new and the equipment is just going to be stellar,” Jimmerson said.

Jimmerson wanted to get into the taxi business before, but said an oligopoly runs the Las Vegas cab business. When asked, Jimmerson said he’ll invest about $350,000 into his Pahrump operations. He said the NTA is very thorough, very detailed but they also have a lot of common sense. “They can read through a lot of insincerity.”

On July 19, Daytripper LLC filed a petition to intervene in the Integrity Taxi application, Frias Transportation Infrastructure LLC, Las Vegas Limousines, joined in the intervention but was dismissed.

Jimmerson told the authority he and his wife Carol Jimmerson were 50/50 owners, adding he was chairman of the Nevada Taxicab Authority from 1995 through 2001. Jimmerson said his company would be able to operate within two weeks of the application being granted and though they planned to remain Las Vegas residents, the carrier’s managers and employees would be Pahrump residents. Jimmerson said Integrity Taxi has a Pahrump town business license and is currently licensed by the NTA.

Jimmerson testified his company Executive Limousine is already in Pahrump at least 260 days per year providing medical rides, that he met thousands of people in Pahrump in the promotion of his operation, that he spent $30,000 on the application and has already opened office space and a vehicle lot.

Pahrump Town Board members Tom Waters and Bill Dolan, as well as Nye County Commission Chairman Butch Borasky all testified on the lack of reliable taxi cab service in Pahrump, the need for such a service and their familiarity with Jimmerson and his outreach efforts in Pahrump, according to the NTA order. They were unfamiliar with Daytripper LLC.

Auto dealer Tom Saitta testified he expects a demand for taxicab service from 50 to 60 of his service customers daily. Golden Casino Group Vice-President and General Manager Jeremy Jenson testified the prior taxicab service wasn’t reliable and his casinos, which control 70 percent of the Pahrump market, could have a huge demand for the service. Other testimony in support came from Richard “Rick” Kuhlmey, president of the Nevada Council of the Blind and Pahrump Senior Center Transportation Manager Don McIntosh.

Jimmerson wanted a license for an unlimited number of vehicles, the NTA said he could have up to five, with as many as 10 if the market and ridership permits.

NTA Deputy Commissioner Marilyn Skibinski said vehicles will have to be inspected and checked to make sure they’re registered, insurance provided, office files will be checked and drivers must have undergone pre-employment drug testing. They will have to provide copies of Department of Transportation inspections, trip sheets and their business license.

Debra Romboletti, with the accounting firm of LL Bradford, testified Integrity Taxi had pro forma projections to account for senior citizen and other discounts, the daily shuttle and the financial ability to sustain losses which is a possibility at the onset of the operation. When Pahrump Valley Taxi annual trip counts are used, she said projections are the new taxi service would show a small profit the first year without the shuttle operation.

“Based on the deficiencies of the prior service, the applicant anticipates the potential for gradual ramp-up of demand upon initiation of service in the market,” Romboletti testified.

Jimmerson told the NTA he expects 10 passengers per one-way ride on the shuttle service. After discussing the price of shuttle transportation with Pahrump workers he concluded the $49.90 round-trip fare is competitive versus other modes of transport like taxicabs.

Compliance auditor investigator Rene Revens reported no areas of concern on Integrity Taxi’s operational fitness, while financial analyst Lidia Aronova said Integrity met the financial standards and would be financially viable, she found the proposed rates similar to the prior carrier, Pahrump Valley Taxi, with additional discounts for veterans and the disabled. Applications manager Liz Babcock felt the market would support at least the five vehicles operated by the previous carrier.

Tina DiNapoli, co-owner of Daytripper LLC and former Pahrump Valley Taxi cab driver, testified she felt Integrity Taxi’s proposed ridership of 29,000 passengers was too high based on her experience. On cross-examination she agreed the biggest reason businesses fail is undercapitalization.

Daytripper co-owner and Pahrump Valley Taxi driver Larry Miller testified on an average day a driver gave 25 to 39 rides with an average of eight to nine miles per trip. He complained his company didn’t have $30,000 to do a marketing campaign.