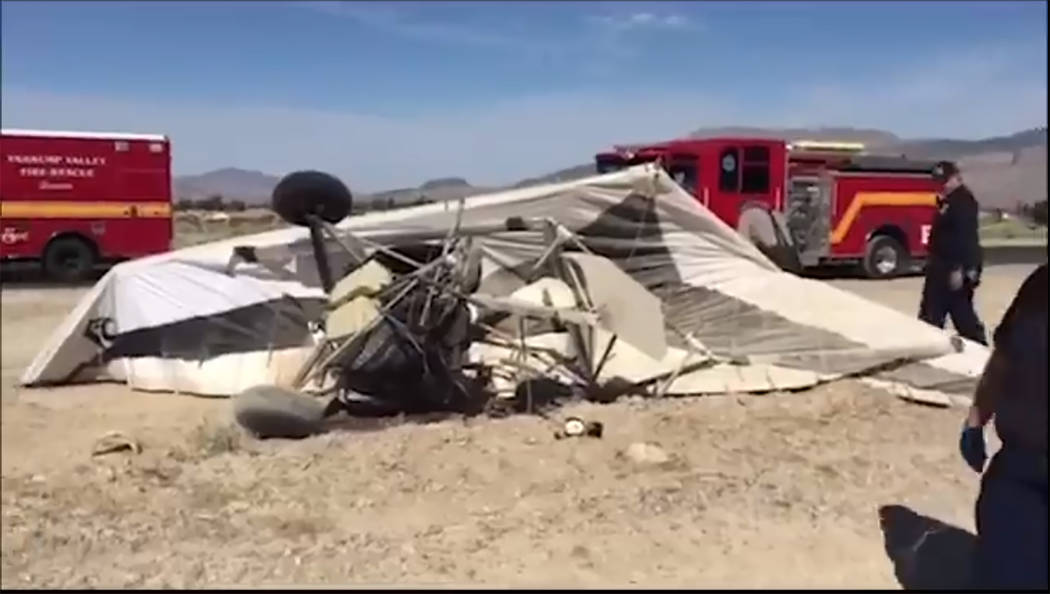 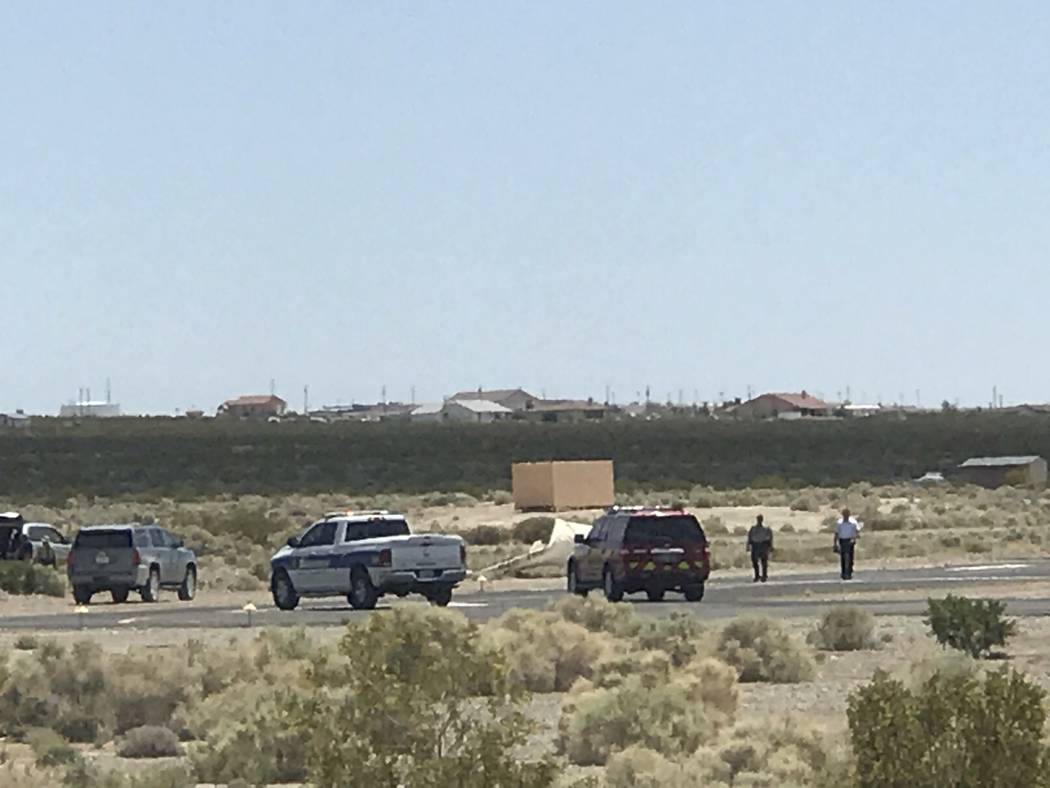 Jeffrey Meehan/Pahrump Valley Times Nye County Sheriff and Pahrump Valley Fire and Rescue Services responded to a call about an aircraft crash at the Calvada Meadows Airport on the north side of Pahrump on Wednesday at 9 a.m. The pilot, the only passenger on board the aircraft, was taken to Desert View Hospital for minor injuries, according to the sheriff's office. 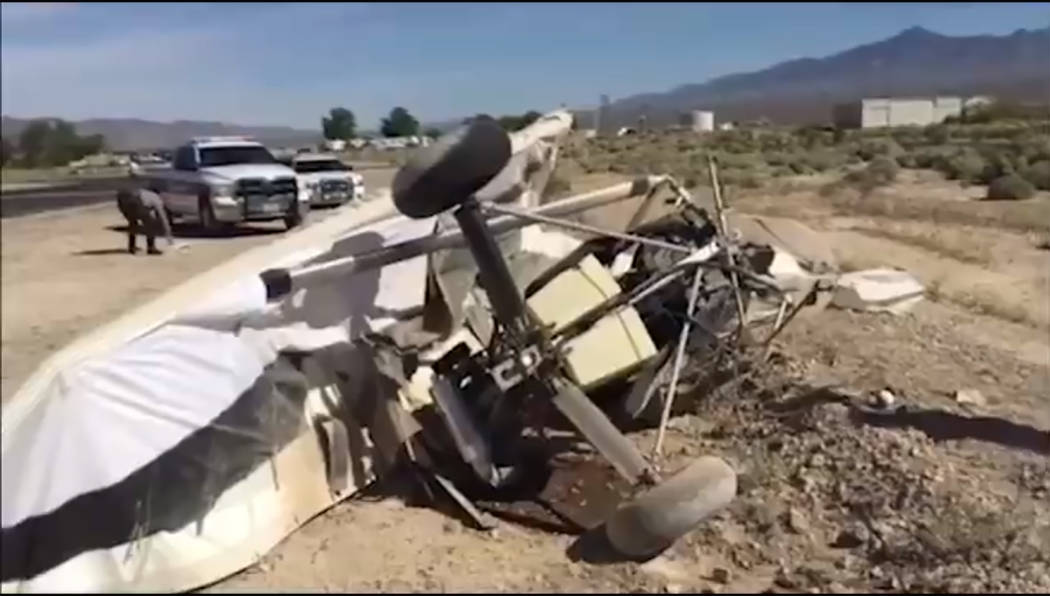 Screenshot/Nye County Sheriff's Office video An aircraft that falls under the light-sport aircraft category by the Federal Aviation Administration crashed for unknown reasons at Calvada Meadows Airport on Wednesday. The 61-year-old pilot from Lake Havasu, Arizona, the only one on board, was transported to Desert View Hospital for minor injuries, according to the Nye County Sheriff.

An aircraft categorized by the Federal Aviation Administration as a light-sport aircraft crashed at an airport in the north end of Pahrump.

The Nye County Sheriff’s Office on Wednesday reported only minor injuries to the pilot, who was transported to Desert View Hospital in Pahrump.

According to a video release from the Nye County Sheriff’s Office, deputies responded to a report of an airplane crash at the Calvada Meadows Airport on the north side of Pahrump at approximately 9 a.m. on Wednesday.

Upon arrival, deputies observed a small craft that had crashed on the north end of the runway at Calvada Meadows, which sits near Highway 160 and Simkins Road.

Ian Gregor, a spokesman for the FAA, identified the aircraft as a North Wing Sport X2-N, which crashed under unknown circumstances during landing at Calvada Meadows.

Gregor said the aircraft is a weight-shift control light sport aircraft. According to the FAA website, the Light-Sport Aircraft category includes one of five classes: airplanes, gliders, powered parachutes, lighter-than-air aircraft (balloons and airships) and weight-shift control (also known as a trike).

The 61-year-old pilot, the only one on the aircraft, was from Lake Havasu, Arizona. Gregor didn’t know the extent of the pilot’s injuries.

Gregor said the FAA and the National Transportation Safety Board will investigate. Neither agency identifies people involved in aircraft crashes, he added.

According to the report, there were 715 total fatal accidents and non-fatal accidents/incidents from July 2004 to September 2017 across all light-sport aircraft.

To break that down further by class, weight-shift control aircraft constituted 15 fatal crashes or 24 percent of the total fatal crashes from the 2004 to 2017 time period, with airplanes accounting for 76 percent under the light-sport category. The other classes had no fatal crashes during that time.

The non-fatal crashes or incidents were dominated by the airplane class in the light-sport category with 610 such events. Weight-shift control had 28 such incidents during the entire reporting period in the report, which covered from July 2004 to September 2017.