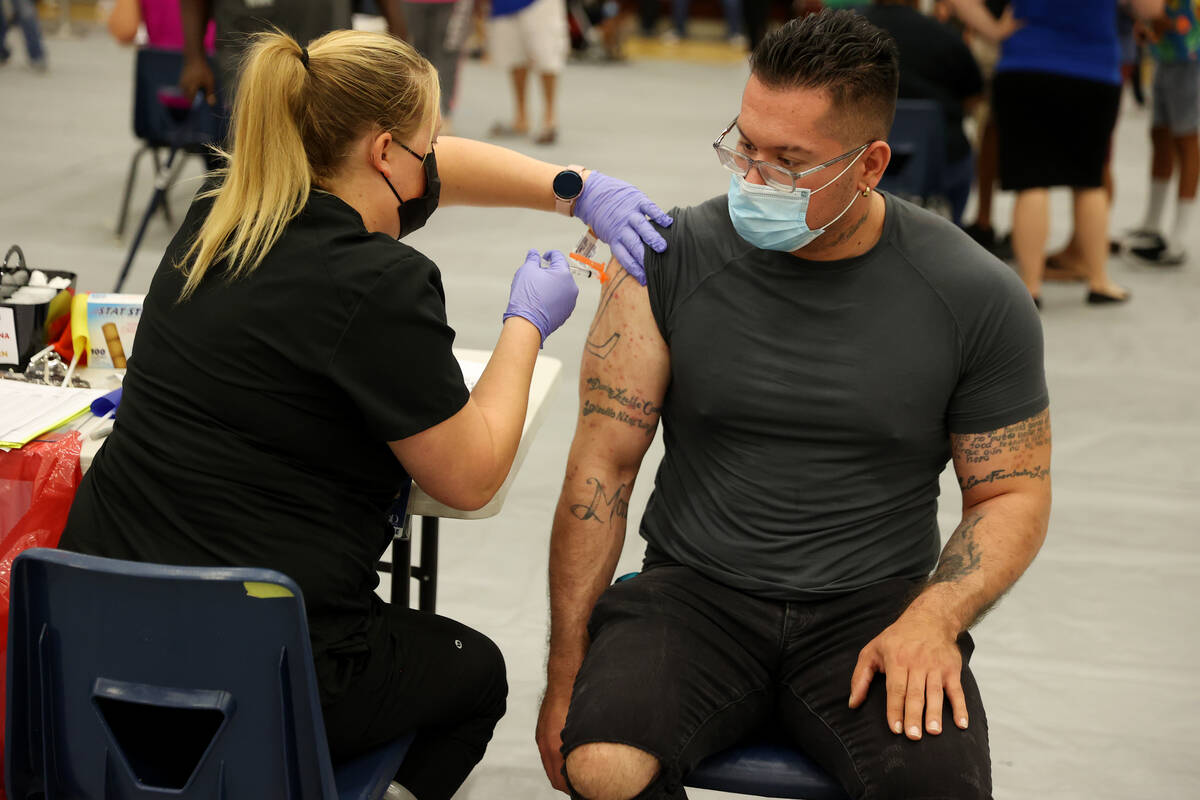 Nevada on Tuesday reported 1,230 new coronavirus cases and 38 deaths over the preceding day as the state’s longer-term COVID-19 metrics all edged higher.

Reported fatalities were higher than the 35 deaths reported on Monday for the preceding three days, highlighting a trend that has held steady for months now. State officials have said that because figures are no longer reported on weekends, delayed reporting and data redistribution can cause Monday and Tuesday numbers to be inflated, though it’s unclear by how much.

In a recurring pattern seen in recent weeks, a majority of the newly reported cases occurred outside Clark County.

Updated data posted by the state Department of Health and Human Services on the state’s coronavirus website showed the state’s totals increased to 413,547 COVID-19 cases and 6,918 deaths.

New cases were well above the two-week moving daily average, which increased from 891 Monday to 894.

The two-week average of the daily deaths rose by one to 12, meaning Tuesday’s reported fatalities were more than three times the longer-term rate. The trendline for deaths had declined substantially from a recent high of 19 per day on Aug. 22 before inching up over the past week.

The state’s two-week test positivity rate, which essentially tracks the percentage of people tested for COVID-19 who are found to be infected, rose by 0.1 percentage points to 11.3 percent. The rate dropped substantially from its recent high of 16.4 percent on Aug. 13, but has flattened since Sept. 9, when it also stood at 11.3 percent.

The state also reported that 1,007 people in Nevada were hospitalized with confirmed or suspected COVID-19 cases, three more than the day prior.

The Nevada Hospital Association has said that the current wave of hospitalizations is likely at or past its peak in Southern Nevada, but cases requiring hospitalization continue to rise in the northern and rural parts of the state.

The state reinstituted a mask mandate in crowded indoor public spaces in many counties on July 30, about two weeks before the state’s numbers started to flatten and drop. That was especially true in Clark County, which has long accounted for a vast majority of the cases and deaths in the state.

But while the state’s main COVID-19 metrics are all trending lower, they remain at high levels. Each of the state’s 17 counties remains under a mask mandate.

The mask mandate is tied to official guidance from the Centers for Disease and Control and Prevention. Under state criteria, counties must remain in “low” or “moderate” categories for two consecutive weeks in order for the mask mandate to be lifted for vaccinated individuals. Those who have not been vaccinated would still be required to wear masks in indoor public settings.

To reach the moderate category, a county must have a rate of under 50 cases per 100,000 population and a COVID-19 test positivity rate of 10 percent or less, as calculated by the seven-day moving average.

State officials will update the mask guidelines Tuesday afternoon, but data posted on the CDC website showed the entire state in the “high” transmission category as of Tuesday morning.

As of Tuesday’s report, 54.43 percent of Nevadans 12 and older had been fully vaccinated.