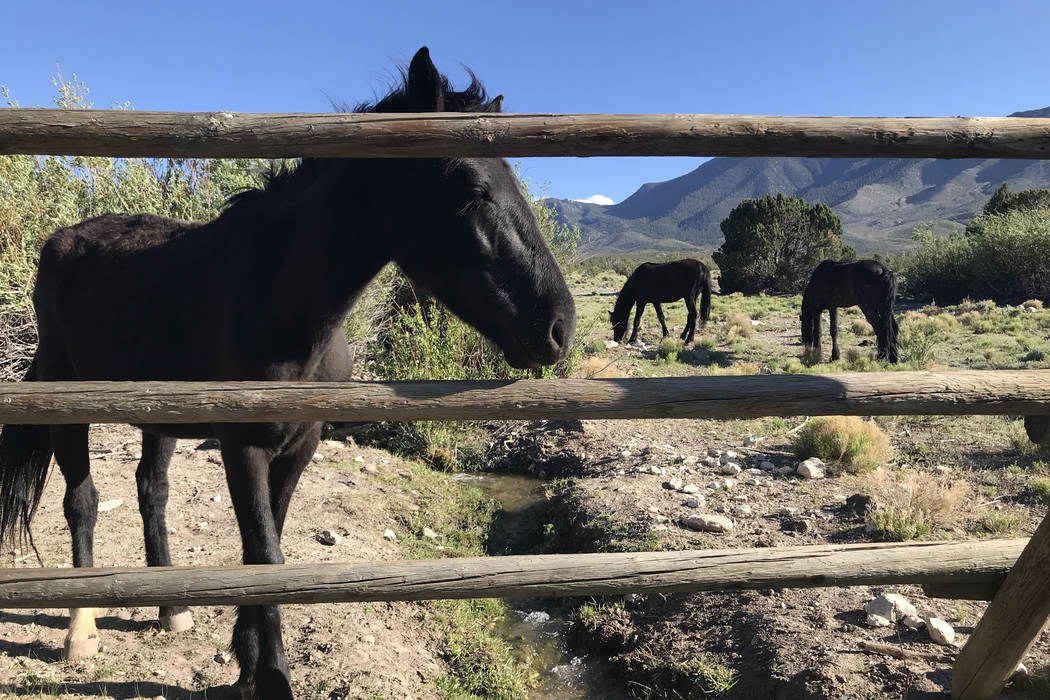 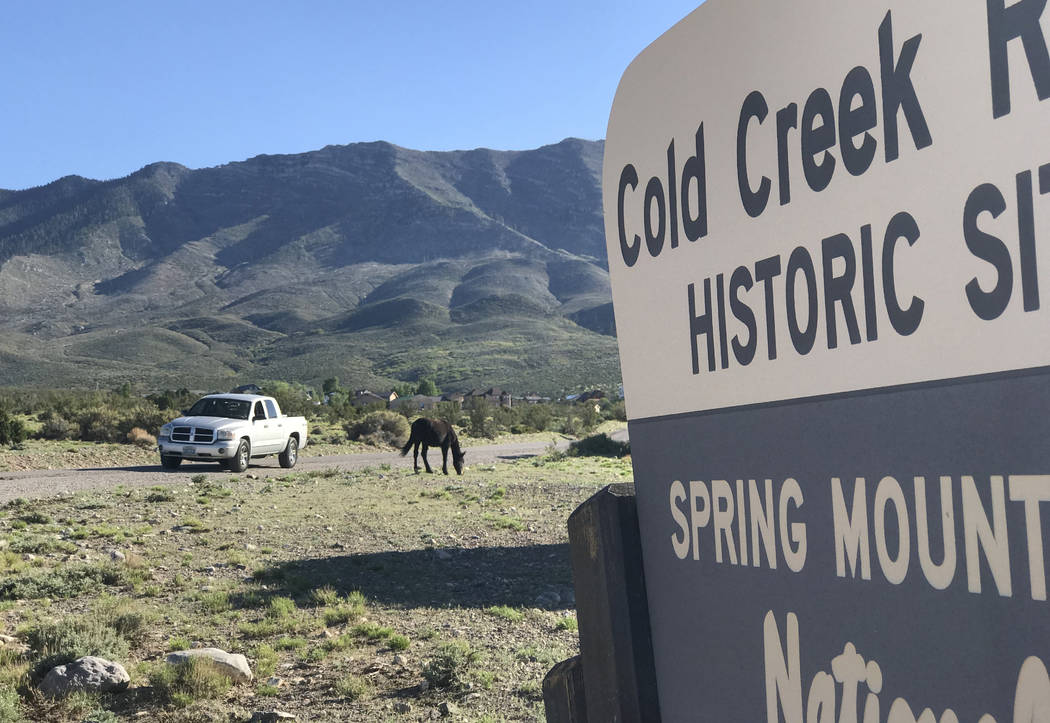 A truck drives past a wild horse grazing along the road in Cold Creek Wednesday. Henry Brean Las Vegas Review-Journal 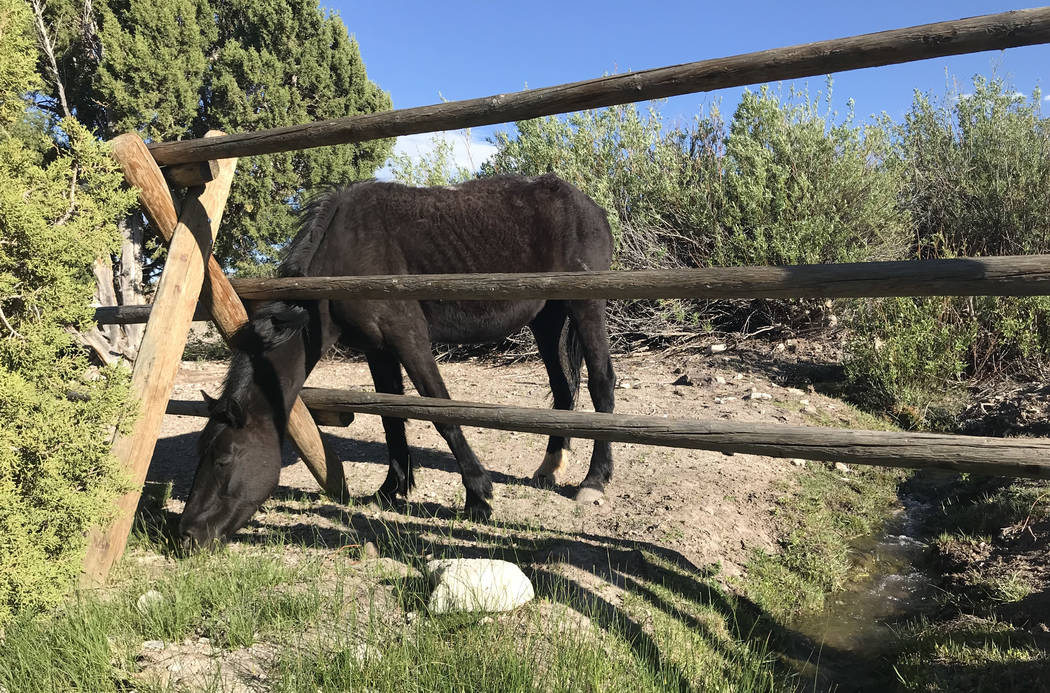 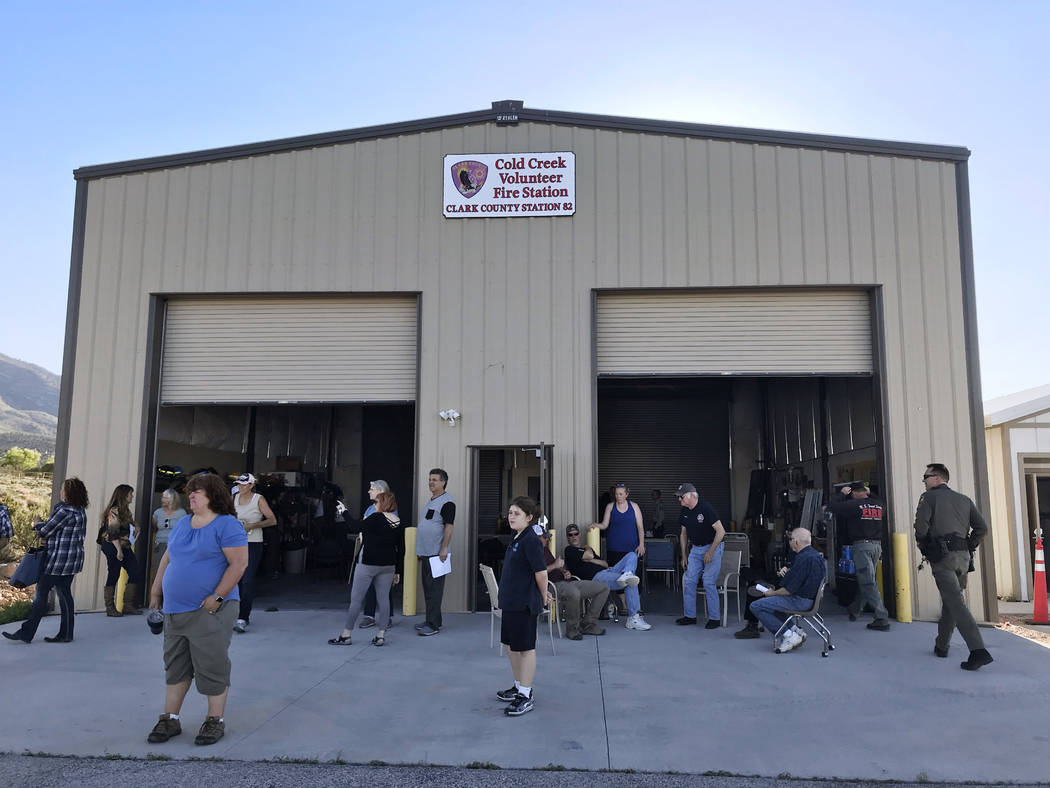 People wait outside the volunteer firehouse in Cold Creek Wednesday evening for the start of an informational meeting on an emergency wild horse roundup in the area. Henry Brean Las Vegas Review-Journal 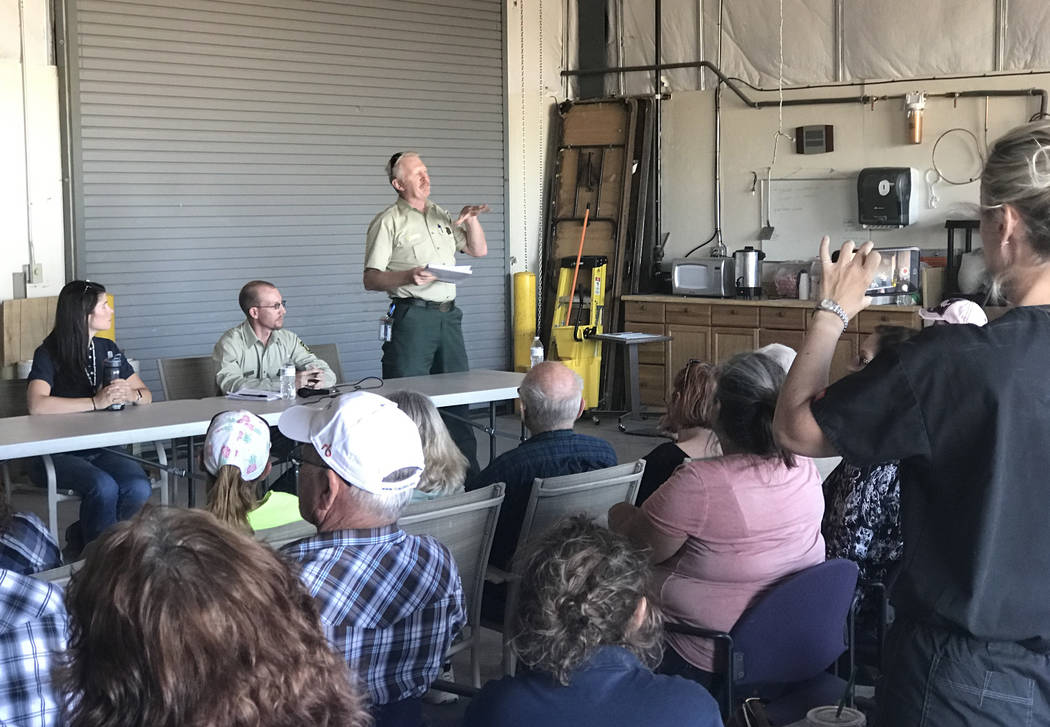 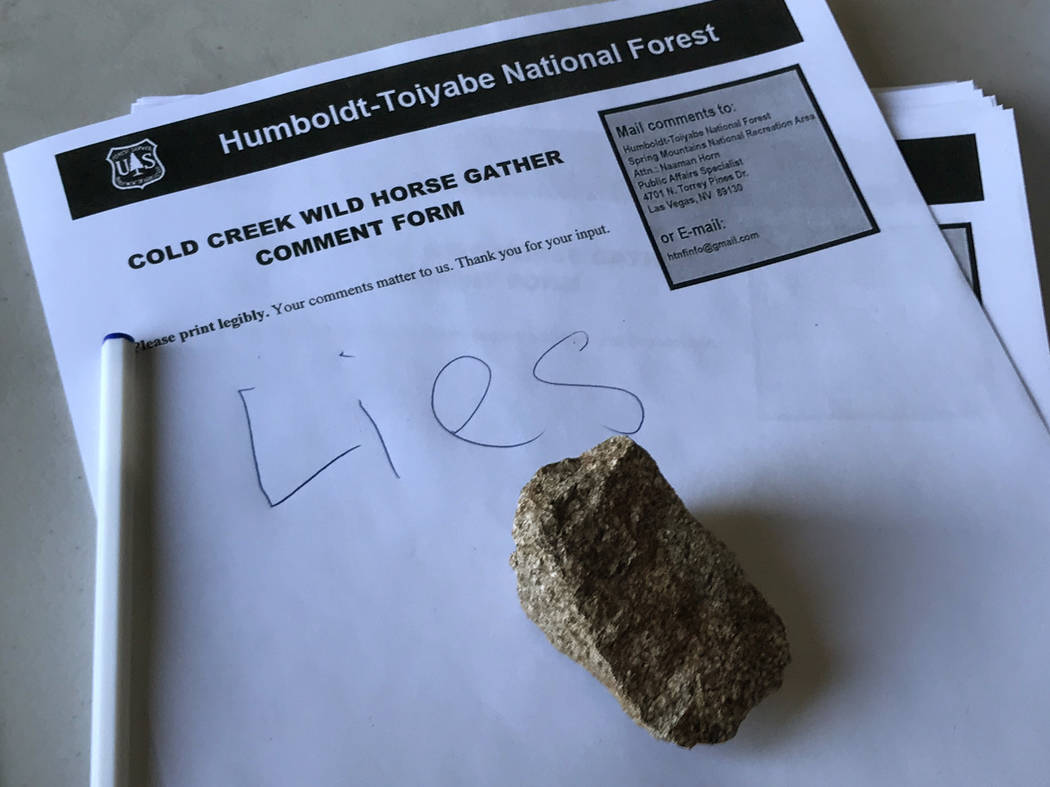 A comment left by an audience member captures the mood of Wednesday's meeting in Cold Creek on an emergency wild horse roundup in the area. Henry Brean Las Vegas Review-Journal

Federal officials launched an emergency wild horse roundup in the mountains northeast of Pahrump as nearby residents and mustang advocates angrily objected to the operation.

The U.S. Forest Service and the U.S. Bureau of Land Management had planned to start trapping about 200 horses in the Cold Creek area Monday of this week, but officials said they moved up the start of the roundup once they secured a contractor for the job.

Donn Christiansen, who manages the Spring Mountains National Recreation Area for the Forest Service, said time is of the essence.

“These horses are suffering, and their condition is rapidly deteriorating,” he said. “The range they’re on can’t support them.”

Christiansen’s comments were met with shouts of “Liar!” and “Murderer!” on May 9 during an informational meeting in Cold Creek.

‘Round up the BLM’

Members of the crowd demanded photos of the starving horses and written proof of the poor range conditions. They said the roundup was cruel and unnecessary and would lead to the deaths of pregnant mares and newborn horses.

Several audience members brought their own photos of healthy horses and recorded the meeting on their cameras and cellphones.

One woman showed up in a T-shirt that read, “Save the wild horses, round up the BLM.”

A man in the audience said he brought in an experienced ecologist of his own to review and refute the Forest Service’s assessment of the range conditions. He predicted that once all the horses are removed, the area around Cold Creek will become so choked with brush that there will be no way to protect the community from a wildfire. “Then we’ll sue your asses,” the man yelled.

“You’re supposed to be managing,” said a woman in the crowd. “I don’t see management. I see extinction.”

Officials said it should take a week to 10 days and to capture all but about 50 of the horses that live around Cold Creek.

Instead of aggressively herding the animals with helicopters and men on horseback, the contractor will set up corrals and lure the mustangs in with hay and water.

“They don’t run them at all. It’s pretty low-key,” Romero said.

Christiansen said captured horses deemed healthy enough for transport will be trucked directly to a BLM holding facility in Ridgecrest, California, where they eventually will be offered for adoption or transferred to long-term housing off-range.

Horses not healthy enough to make the trip will go to a temporary holding facility at Oliver Ranch in Red Rock Canyon to be fed and cared for until their conditions improve. An on-site veterinarian will determine if any of the horses are too far gone and need to be put down.

None of the captured horses will be returned to the wild.

Jenkins said a dry winter and persistent drought in Southern Nevada have left too little forage along the northeastern flank of the Spring Mountains. He said federal agencies started receiving photos from the public in February showing horses in poor condition, and those reports continued through March and April.

Normally, wild horses will roam in search of food elsewhere, but Christiansen said the animals around Cold Creek have become conditioned to expect handouts from humans.

“It’s illegal to feed them. It’s illegal to put salt licks out,” he told the crowd May 9. “If you’re interfering with their natural state, we’ll have to talk about that.”

The Forest Service and BLM has been tracking the condition of the herd and its range since the last emergency roundup in 2015.

During that operation, 234 horses were removed from the area, including 28 that were euthanized because of their poor health.

The land around Cold Creek is part of the Wheeler Pass Joint Management Area, which takes in more than 370,000 acres on both sides of the Spring Mountains.

According to the BLM, the area can sustainably support no more than 66 wild horses and 35 wild burros at one time.