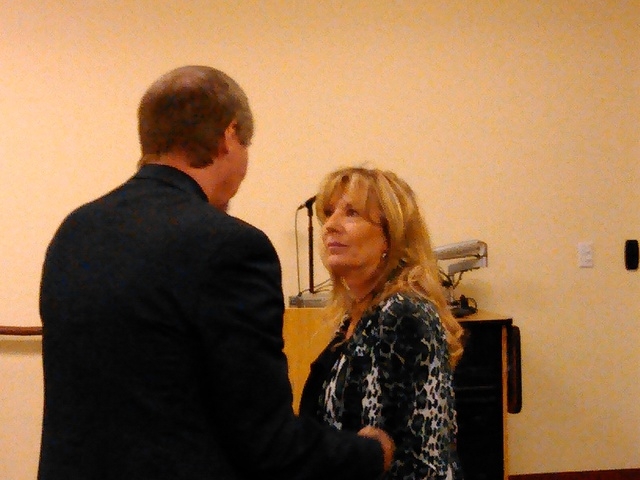 The case against the local woman who allegedly fired a gun into a vehicle was continued when one of the victims did not show up for court to testify on Monday.

Local resident Robin Young, 54, is charged with attempted murder for the March 18 incident.

Judge Kent Jasperson also issued a material witness warrant for Steven Castro, who was scheduled to provide his account of what occurred last month when Young allegedly fired a round which struck a vehicle Castro was sitting in.

“He was here for a while, and then he left,” Vieta-Kabell said. “Judge Jasperson, in his discretion, issued what’s called a material witness warrant for Mr. Castro.”

“I can issue a warrant and bring him before the court and explain to him the ramifications of being under a subpoena and the requirement of him being here to testify, and what sanctions can be placed on him for not doing that,” Jasperson said.

According to court records, Castro and another individual showed up at a residence along the 1800 block of Simkins Road to perform repairs on one of several homes on the property.

Vieta-Kabell alleges Young shot at the vehicle shortly after it arrived at the residence due to a history of bad blood between both individuals.

Vieta-Kabell also requested a no-contact order between the individuals involved in the case, which Jasperson eventually granted.

Young was released on April 1, after her longtime friend Zulema Galindo said she posted the $120,000 bail for her friend’s release.

Galindo said she put up at least two properties she owns to help free Young.

She spoke about her friend’s community involvement over the years.

“What she is charged with is not like her,” Galindo said following the proceedings. “I don’t think the accusations are 100 percent real. She did a lot of work collecting money for needy children. She has donated money for a lot of causes, but nobody knows this. I know it because I’ve known her for a while.”

Nye County Sheriff’s deputies arrested Young last month after she allegedly fired the gun into the vehicle at a property on 1850 W. Simkins Road, where she occupies a trailer.

The bullet struck the right-front quarter panel inches away from the passenger seat according to the arrest report by Nye County Sheriff’s Office.

She is scheduled to appear back in court on Oct. 7.