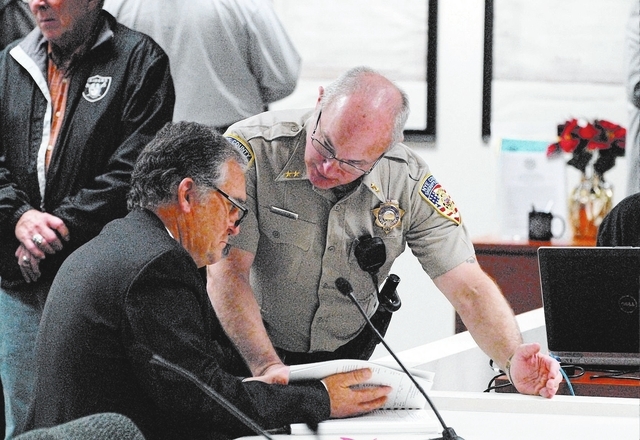 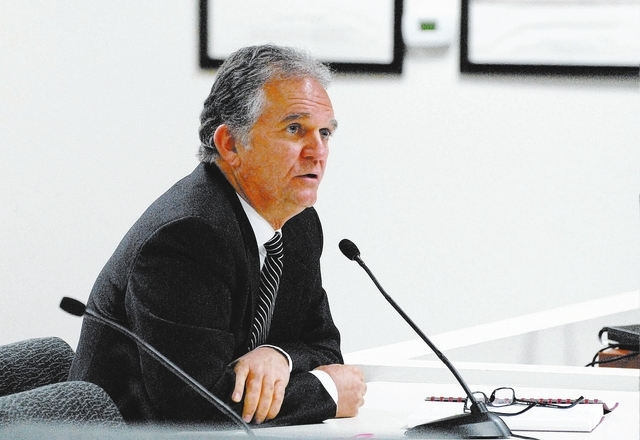 Accountant Dan McArthur sitting in a chair in front of Nye County commissioners in December instead of in May, delivering the annual audit report for a fiscal year that ended July 1, is a good sign.

“The same problems that existed in 2012 existed in 2013. But the fact I’m here today is evidence there’s been significant improvement,” McArthur told commissioners.

Last year, when the county treasurer resigned early amid complaints about late and incomplete monthly reports and county commissioners asked the attorney general’s office to prosecute the sheriff for exceeding his budget, the audit report wasn’t delivered until May 20, a little over a month before the next fiscal year ended. Nye County had to request multiple extensions of the dates on filing the audit report from the Nevada Department of Taxation.

A $319,325 deficit in the sheriff’s department budget for the fiscal year ending June 30, 2013 in this latest audit was a violation of state law McArthur said, but it’s a major drop from a $1.26 million deficit the year before. Two small utility accounts in Gabbs and Manhattan also exceeded the budget, but McArthur said they included depreciation as an expense.

After being more than six months behind last year, a certified public accountant was hired to train staff to bring monthly bank reconciliations up to date from May through December, he said. There has also been an inventory of county assets undertaken by department heads.

Bottom line figures were glossed over in McArthur’s most recent audit presentation, other than a mention the county general fund balance increased from $64,885 to $907,518 during the year. Most accountants suggest a fund balance enough to meet two months of operations.

“From a financial standpoint that general fund balance is coming up; I’d like to see it a little higher than that but Nye County, like a lot of counties, is dealing with a lot of things. Revenues are flat and expenditures continue to increase,” McArthur said.

The District Court budget, which was $45,423 over budget in the 2011-12 fiscal year, was in the black by $2,412 this past year. The emergency management department, which shares a budget with the sheriff, finished up $79,488 within budget, which brought the total public safety over-expenditure down to $239,837; last year emergency management also ran over by $42,351.

Among the accountant’s comments, McArthur said the comptroller’s office didn’t ensure the accuracy of the apportionment of revenues from different property taxes. The auditor’s findings noted investment income should be allocated to each fund by the end of the month.

There were posting errors with the new Tyler Eden computer software system; employees were instructed to void checks and rewrite them putting them in the proper account — what he said was a real accounting no no.

“My office and my staff, we love this system,” McArthur said.

When the system was first implemented every county department complained, he said, but he is now hearing positive comments.

When Commissioner Dan Schinhofen asked about the drug court money, McArthur said, “The issue has been cleared up and my understanding is the money is being remitted to the county on a monthly basis as required.”

The sheriff’s department was also cited for being late in submitting funds to the treasurer’s office, which is also a budget violation, he said.

Schinhofen asked, “would you say you’re pretty happy with the direction we’re going?”

“It’s been several years since this has been able to take place,” McArthur replied. “Management and staff have worked very hard for the last five months to make sure we’re here on this date.”