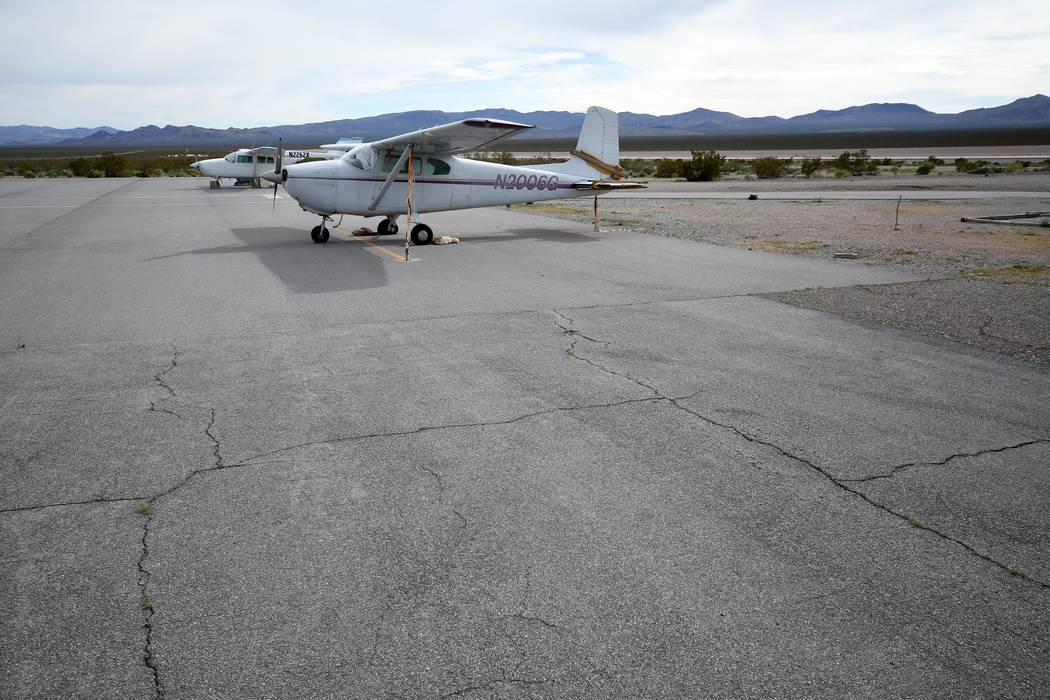 Richard Stephens / Special to the Pahrump Valley Times The north part of the apron will be torn out and replaced. It is showing its age and falls well short of current FAA standards. 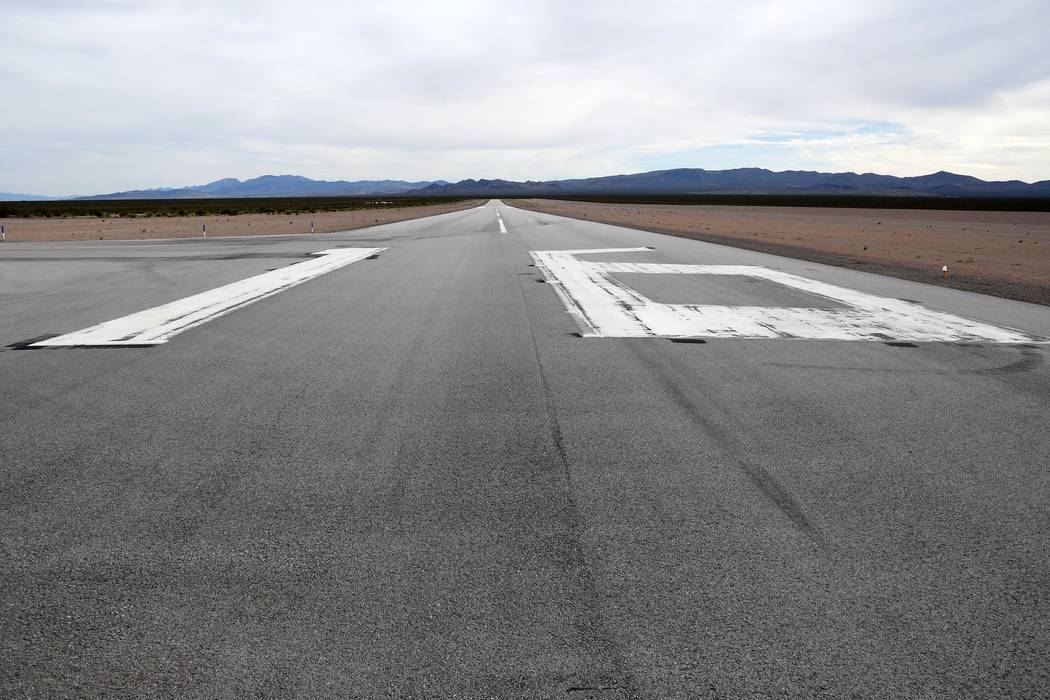 Richard Stephens / Special to the Pahrump Valley Times The Beatty airport will undergo maintenance and some significant upgrades, slated to be completed this year. 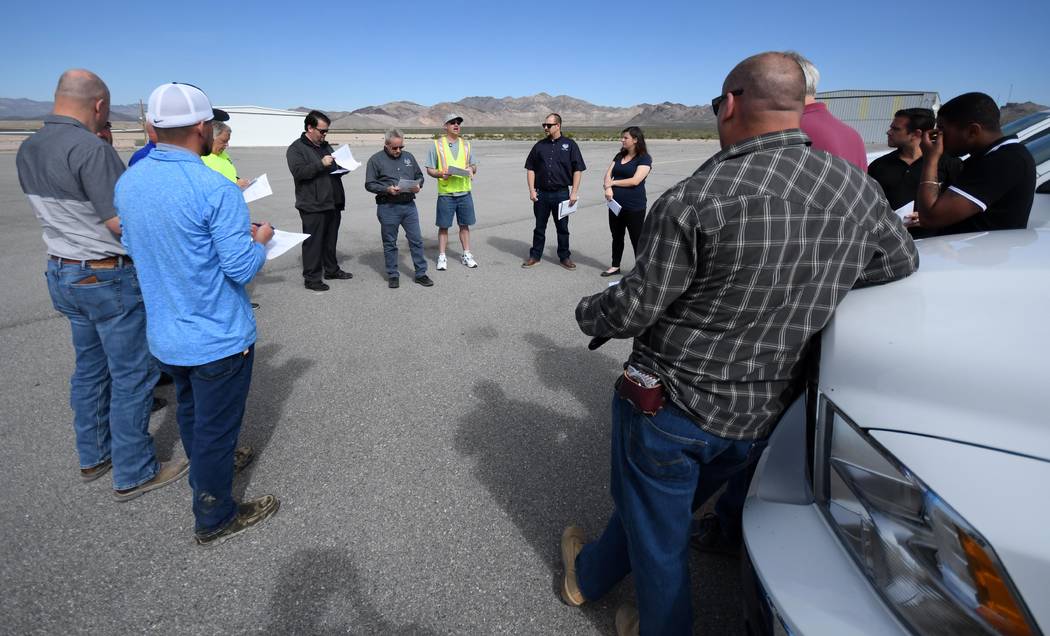 Richard Stephens / Special to the Pahrump Valley Times Prospective bidders wanting to perform the work attended a pre-bid meeting on the projects at the airport on April 9.

The Beatty airport is about to undergo some maintenance and receive some significant upgrades, all of which are slated to be completed this year.

The county has been working with the Federal Aviation Administration (FAA) on a five-year plan to address safety concerns.

With the FAA footing 93.75% of the cost, and the county 6.25%, the runway, taxiway, and southern portion of the apron will have cracks sealed and get an overall seal coat and new striping.

The northern part of the apron will be totally replaced. This section was installed in 1988, and consists of two inches of asphalt laid directly over the ground. With weeds sprouting from cracks, it is showing its age and falls well short of current FAA standards. The work will make it equal to the southern half of the apron, installed in 2008, which already meets those standards.

Security at the airport will also be enhanced by the installation of an electronically controlled entrance gate.

Prospective bidders attended the pre-bid meeting on these projects at the airport on April 9. Bids are scheduled to be opened on April 17. May 6 has been set for awarding of bids, pending FAA approval.

All this work is necessary and welcomed, but it does not address what many users see as the airport’s greatest weakness.

“It will never be an airport until they put fuel in there,” says George Younghans, echoing what has been said by others who use, or would like to use, the facility. Fortunately, this is expected to be remedied by the end of the year.

The county succeeded in obtaining a $390,000 Community Block Development Grant to provide a 12,000-gallon aviation fueling station at the airport, and is currently preparing the invitation to bid on that project.