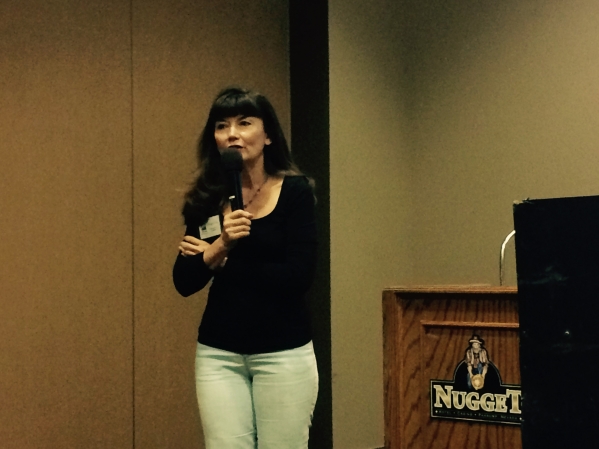 As Bureau of Land Management is trying to expedite the first Pahrump energy storage, the organization is looking for public comment that would help officials to determine whether they should move along with the project.

On Wednesday, the BLM held a public meeting with several dozen residents and officials at the Pahrump Nugget Hotel and Casino Event Center for a question-and-answer session that highlighted some of the key features of the $55 million system.

The proposed 50-megawatt, gravity-based energy storage system that would be constructed on 72 acres of BLM-managed public land located southeast of Pahrump crossing Carpenter Canyon Road is still in the permitting stage, officials said.

Advanced Rail Energy Storage (ARES) will provide grid support for the electrical grid by offloading and returning energy and smoothing intermittent renewable resources such as wind and solar, according to a statement released by officials.

“Renewable energy like the sun or wind is only about 27 percent efficient,” said Francesca Cava, vice president of operations at ARES. “A lot of it is thrown away because it can’t be used when it’s generated, so if you could just store that and use it when you need it, you’d be making that energy more efficient.”

During the session, officials touted some of the advantages of the first commercial gravity installation in the world that would use unmanned electric trains by drawing power off the grid and use gravity to put energy back into the grid.

Pahrump resident Robert Howard praised the project, but said he was concerned if it was going to be noisy.

“I like the idea of the project. I think it’s great. Just so it doesn’t contaminate or pollute the neighborhood,” he said.

About 83 percent of Nevada’s land is federal and 65 percent of it is managed by the BLM. Just in the Southern Nevada District that includes part of Nye County and all of Clark County, the agency manages 3.2 million acres, officials said.

“This is something that we think is a win-win for Nye County,” Nye County Planning Director Darrell Lacy said about the project. “Like I said, it’s very little impact on the community, low water usage, but we get electricity, stable electricity as you move toward more renewable energy. More solar, more wind power. We have to have some energy storage to keep the grid stable.”

Additionally, the project will bring jobs to Pahrump, as officials said they plan to hire locally for construction and full-time staff positions.

Officials plan to make a decision on the project within the next 30 to 60 days based on potential environmental impacts to the land and public and a biological opinion from the U.S. Fish and Wildlife Service.