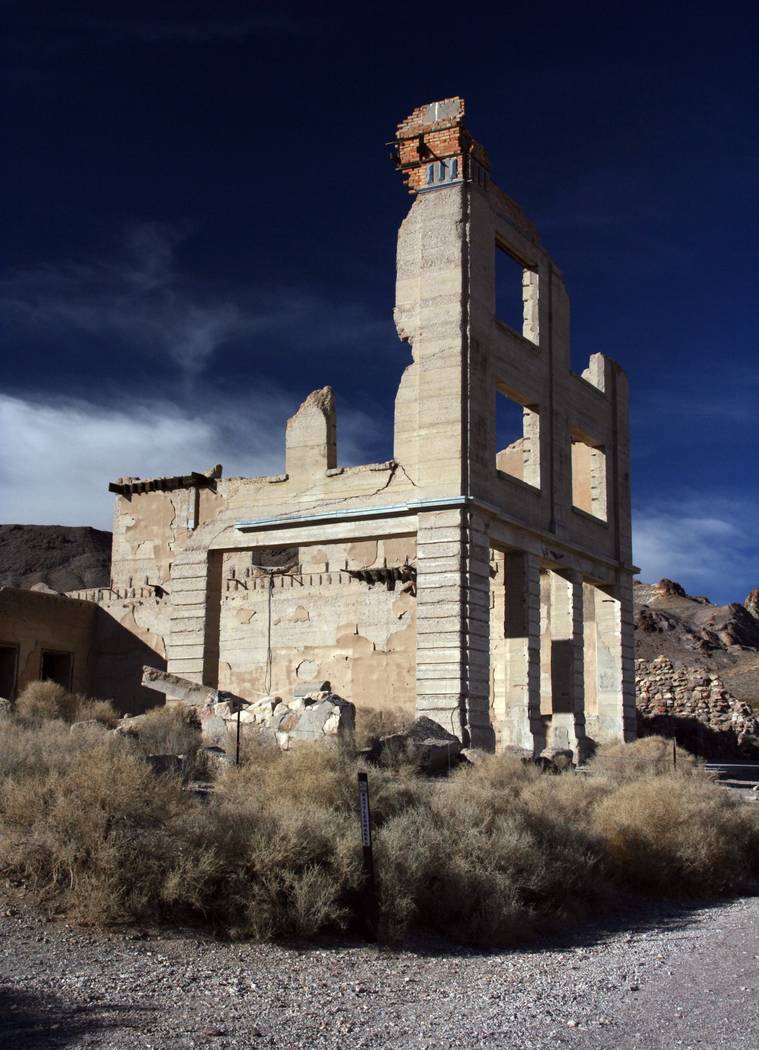 Special to the Pahrump Valley Times The walking tours will be hosted by two archaeologists who will cover the history of this mining ghost town, the buildings and sites left behind and the steps the BLM is taking to actively manage this important cultural resource.

The U.S. Bureau of Land Management, Tonopah Field Office, will host a round of public walking tours at Rhyolite on Saturday, officials said.

Two BLM archaeologists will cover the history of the mining ghost town, the buildings and sites left behind and the steps the BLM is taking to actively manage this important cultural resource, officials said in their news release.

The tour will cover even terrain with some moderate inclines. Closed-toed shoes, weather-appropriate clothing, and water are recommended.

For additional information contact BLM archeologist Jonah Blustain at 775-482-7843 or by email at jblustain@blm.gov

Rhyolite was once a booming gold rush town in Southern Nevada that drew thousands of people to the area after Frank “Shorty” Harris and Ernest “Ed” Cross discovered quartz in the surrounding county in 1904, the BLM said in its announcement on the tours.

By 1905, the town had running water and by 1907, Rhyolite was in full swing with electricity, telephone lines, a bank, and at one point, 50 saloons, the BLM said.

Experts estimate that at its peak Rhyolite had a population of 5,000-8,000 people. The San Francisco earthquake of 1906 hit California’s financial district hard, which reduced funding for Nevada mines and mining, and production in Rhyolite declined.

On March 14, 1911, residents began to leave the townsite in large numbers, many of them heading back to California, and in 1916, the power was turned off and the lights went out in Rhyolite.