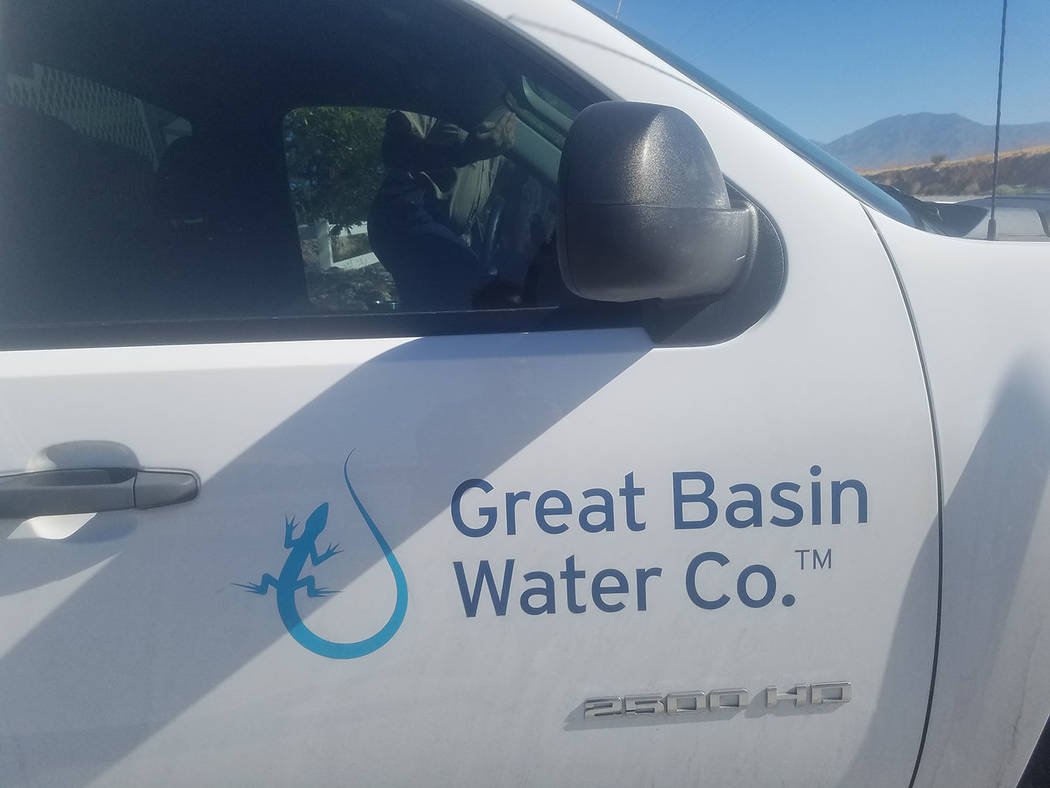 David Jacobs/Pahrump Valley Time A Great Basin Water Co. truck as seen in Pahrump this past summer. A precautionary boil water order in place for a portion of the Pahrump has been lifted, officials said Thursday.

Great Basin Water Company customers affected by a precautionary notice earlier this week no longer need to boil their water, company officials said in a statement on Thursday.

“The second sample came back clean and we’ve notified the impacted customers via voice reach that they no longer need to boil their water,” said Tom Oakley, Great Basin Water Company spokesman.

Arnold Knightly, Nye County spokesman, also said that the Nevada Department of Environmental Protection notified the county Thursday about lifting the precautionary boil water order in place for a portion of the Pahrump.

The Great Basin Water Company had issued a precautionary boil water notice for about 300 Pahrump customers on Sunday.

Wendy Barnett, Great Basin Water Company president, said Great Basin had a main break due to aging infrastructure. Although the main break has been repaired, the company issued a precautionary boil water notice to all those served by that main.

Some of the streets affected had included Winery Road, S. Cortina Street, Maricopa Street, Iroquois Avenue and others, the utility said.

“We have no reason to believe that there is an issue with the water, but our customers’ safety is of primary concern to us,” Barnett said in a statement.

As prescribed by Nevada Administrative Code, Great Basin took two samples to ensure the water quality. These samples had to be taken 24 hours apart so any precautionary boil water notice will last at least 48 hours.