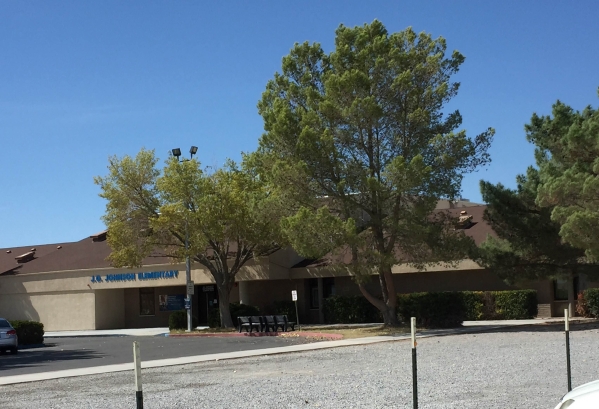 A new state-backed initiative began this school year in order to ensure kids in qualified schools start their day off with a healthy meal.

Breakfast After the Bell, or Senate Bill 502, which passed in June and is supported by Gov. Brian Sandoval and his Governor’s Council on Food Security, states that all schools with a free and reduced lunch eligibility of at least 70 percent serve breakfast after the bell beginning the school day rings.

The reason behind this is to make sure children in the participating schools eat breakfast, helping them start their day with a nutritious meal. It is likely that kids attending schools that qualify for the program live in food-insecure households.

Various items are available on a changing basis, all geared toward providing a nutritious beginning to the student’s school day.

Between the schools there are 1,368 students enrolled in the program at a total cost of $49,000. Manse Elementary and Johnson Elementary make up the majority of students involved in Breakfast After the Bell, with 490 students at Manse and 484 students at Johnson enrolled.

The grant funds used for the project can go toward a school’s equipment, staff time, or activities to support the implementation of breakfast after the start of the school day.

Martinez explained that schools in town only ran into one issue the first week of implementing the program.

“(The only problem) was not having enough food delivered to our two Breakfast in the Classroom schools (in Pahrump),” Martinez said. “Which was very exciting because it meant that the program was doing what it was meant to do: Increase participation. The problem was immediately fixed that day. More food was delivered to those classes.”

Nevada is below the national average for students who eat school breakfast, so this initiative was aimed at bringing that number up in the schools.

Nevada was ranked 43 nationally in children participating in school breakfast with a 21.8 percent rate, under the national average of 27.3 percent.

Many feel that breakfast is the most important meal of the day as it gets one’s mind and body ready to deal with tasks at hand. Not eating can be a distraction and can cause low energy in someone who doesn’t have a healthy meal to prepare them for the day.

Research has shown that those who consume breakfast earn higher test scores and have fewer behavioral incidents and are less likely to visit the school nurse.

With the breakfast being handed out after the bell it helps deal with those who might eat at school in the morning due to arriving at school just before class starts or those who arrive tardy.

It also helps curb the stigma that only poor people eat school breakfast, especially at the middle school level, as everyone in the class is provided with a meal.

“It’s more in the middle schools. For some reason or another, middle schoolers are very aware of that kind of thing,” Martinez said. “Some of them would not eat because the child could be on free and they do not want to get in line because they never have to pay and possibly their friend would find out they were on free.”