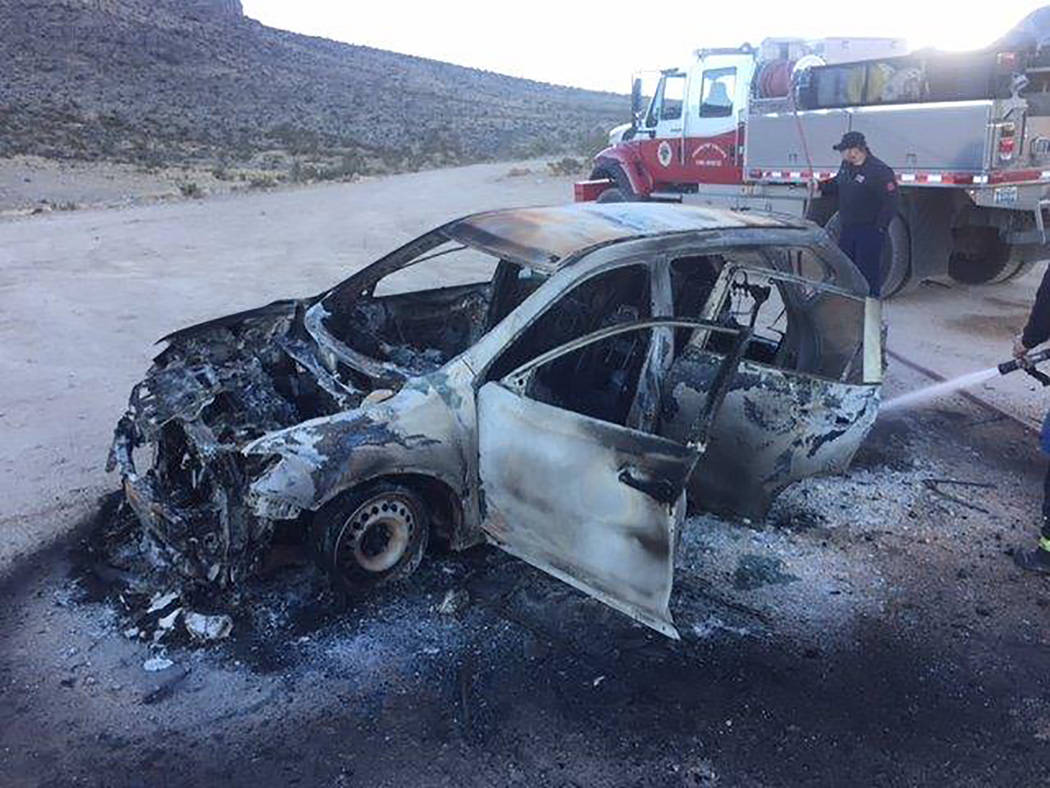 Special to the Pahrump Valley Times Pahrump fire crews were dispatched to Highway 160 near the Sandy Valley exit for a vehicle fire on Tuesday January 3. The mutual-aid assignment involved working with Las Vegas Metropolitan Police Department officials to attempt to identify the owner of the vehicle. The fire was controlled and extinguished in short fashion. The exact cause of the fire is suspicious, according to Fire Chief Scott Lewis. 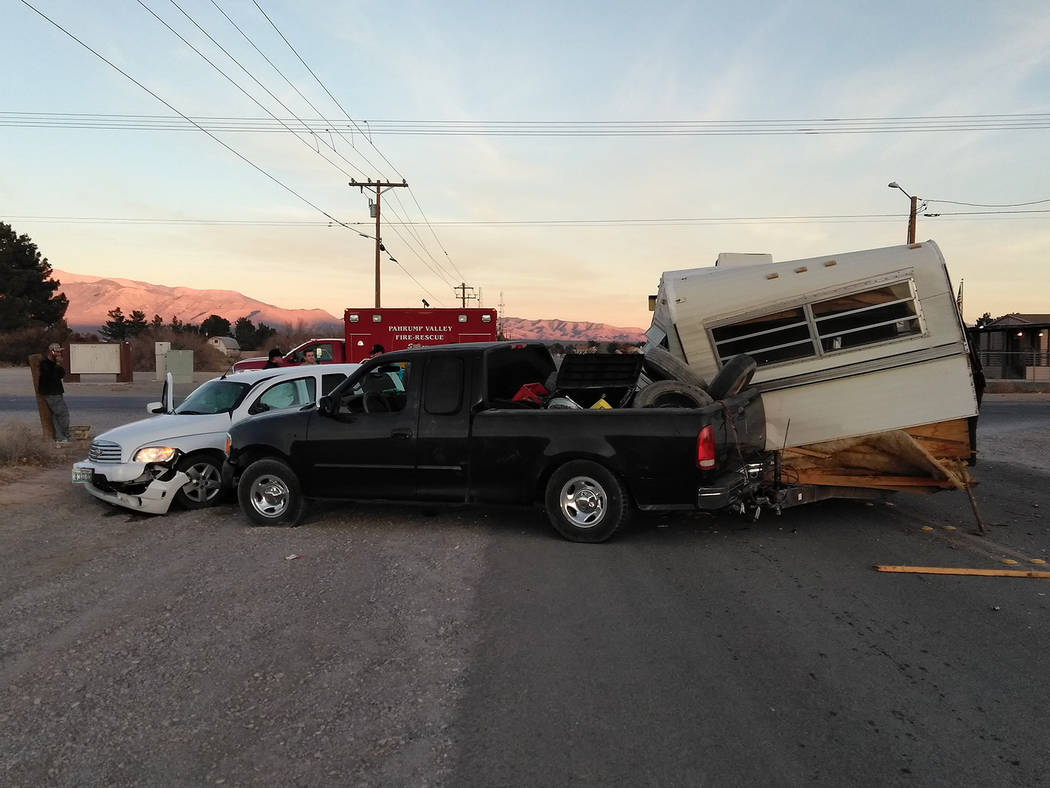 Special to the Pahrump Valley Times One person was transported to Desert View Hospital following a three-vehicle collision at Homestead and Kellogg Roads just before 4:30 p.m. on Thursday. Southbound traffic along Kellogg was completely blocked off until crews finished clearing the scene.

Special to the Pahrump Valley Times Local emergency crews are investigating a single-vehicle crash occuring just before 2 p.m. on Wednesday Jan. 3, along the 5600 block of N. Alderwood Pl. It remains undetermined where the accident actually occurred. The driver of the vehicle was transported to Desert View Hospital. The Nye County Sheriff's Office is investigating the incident.

Pahrump fire crews responded to a suspicious vehicle fire, along with motor vehicle collisions as they started off the first week of 2018.

“This was a well-involved vehicle fire in the area of the shooting range off of Highway 160, near the Sandy Valley turnoff,” Lewis said.

“Upon arrival, crews found a fully-involved vehicle with no immediate exposures. That fire was quickly controlled and extinguished. Crews also worked with Las Vegas Metropolitan Police Department officials to identify or attempt to identify the owner of the vehicle. The cause of the fire is suspect in nature.”

The following day, fire crews were summoned to the 5600 block of N. Alderwood Place, for a single-vehicle crash just before 2 p.m.

“Upon arrival, crews found a moderate-to-heavily damaged vehicle parked in front of the residence,” Lewis said. “The occupant was out of the vehicle, however, it was undetermined where the accident actually occurred. That individual was subsequently transported to the local hospital. The situation became a law enforcement issue and they are continuing their investigation.”

Roughly two hours later, fire crews were dispatched for a two-vehicle crash at the intersection of South Homestead and Kellogg roads at 4:30 p.m.

“Crews arrived to find a two-vehicle accident with no entrapment, however, several people were injured and one was transported to the local hospital.”

On Friday, Jan. 5, Lewis said crews were dispatched for a single-vehicle rollover crash along Front Sight Road off of Highway 160 at approximately 5:53 a.m.

“Crews arrived to find the accident as reported,” Lewis noted. “The occupant had self-extricated and was subsequently transported to the local hospital.”

Additionally, Lewis noted that his department marked a milestone for service calls during the month of December 2017.

“We had the most responses ever in one month in December,” he said. “We had 1,003 responses in one month. The average is anywhere from 750 to 820 responses a month.”