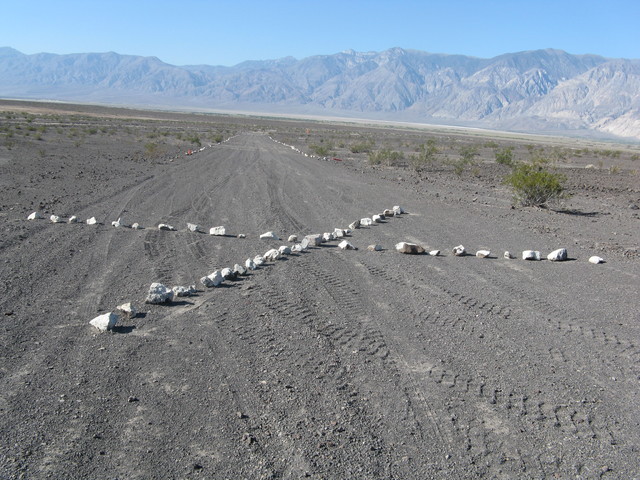 As the safety of the landing strip at Death Valley National Park has come into question, park officials have temporarily shut the stretch down.

The Chicken Strip, a 1,400 feet long and 35 feet wide remote back-country airstrip in Death Valley, had to be closed due to washouts which occurred on the runway. There is no estimated date for reopening, according to Abby Wines, management assistant at Death Valley National Park.

A storm that drenched the area earlier this month made the landing area dangerous, causing multiple incidents on the airstrip.

On July 12, a pilot was trying to land on the Chicken Strip when it almost flipped over, but was able to lift back up in the air without landing.

The near-crash was the third such event that occurred on the the Chicken Strip in the last six weeks. The airstrip is already known for being a difficult area to land for pilots and the washout made the situation all the more hazardous.

A plane crashed while attempting to land on the Chicken Strip on June 5, when the airstrip was still in standard condition, showing the difficulty the Chicken Strip poses. A parked plane also flipped over due to high winds on July 1.

With Saline Valleys extreme summer temperatures and the remoteness of the location, the consequences for those who crash in the area increase.

Temperatures exceed 110 degrees often in the area, resulting in few people visiting Saline Valley in the summer. Due to the sparse visitation in the summer months, the volunteer campground host is not always present to initiate an emergency response, if and when a crash happens at the airstrip. Response time can be up to four hours due to the long distance emergency personnel have to travel over rough roads.

The volunteer campground host marked a big X on the airstrip with white rocks to alert incoming pilots that the airstrip is closed and unsafe.

The Chicken Strip is maintained by volunteers coordinated by the Recreational Aviation Foundation under a Memorandum of Understanding with the National Park Service.

RAF is working with its volunteers to choose a work date to address the safety concerns,

The Chicken Strip faced closure back in 2012, when Death Valley was designing a new management plan, but after pilot response, the airstrip was included in the plans.