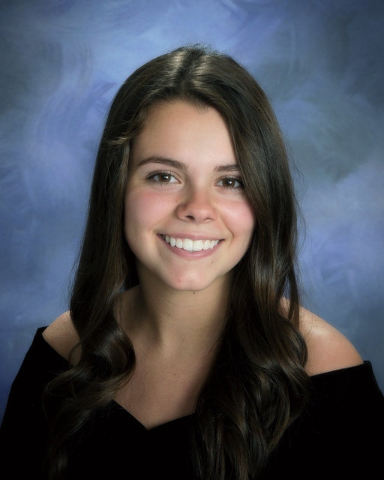 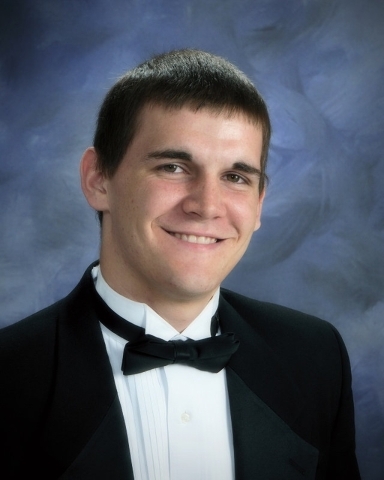 Both are athletes carrying a 4.6 grade point average and plan to attend the same university come fall.

“It still hasn’t hit me just yet and it’s crazy because looking back to my freshman year I thought this day would never come, but it flew by,” Samantha Altiero said. “I will be attending UNLV this fall where I will major in biology. I would like to venture in the medical, dental or veterinary fields. I chose biology because it was the best way to go for me.”

As far as her favorite classes, Altiero chose two.

“They were honors world history with Ms. Nelson and pre-calculus with Mr. Paxton,” she said. “I did have a hard time in U.S. history and government but history just wasn’t my thing.”

As far as advice for underclassmen, Altiero, who also played volleyball, softball and was on the cheer squad, urged students to find time for other school-related activities.

“Don’t spend all of your time studying,” she said. “Take time to participate in a sport or join the band or even a club. Make some good friends that you will have for the next four years at the very least.”

“In 10 years, hopefully I’ll have my own practice of some sort,” she said.

He said any accolades he earned while at Pahrump Valley High required much effort and support from his family.

“I think I worked pretty hard for the last four years to get where am so I’m pretty proud,” he said. “I’m happy because my parents are proud of me and it feels real good. I’m going to major in psychology because it has always fascinated me so I decided to study it.”

Newcomb, named pre-calculus and advance placement English and government among his favorite classes, while biology was his least favorite.

Newcomb who played football and wrestled, imparted a few words of advice for those who are just entering high school.

“I would say work hard through your early high school years because the way I did it, I was pretty much done my senior year,” he said. “I just had to take a few classes that I needed to. I still worked hard but I wasn’t super stressed out all senior year with a heavy class load. If you work hard at the beginning the ending won’t be as bad.”

“I think what I’ll miss most about high school is my friends,” he said. “In 10 years, hopefully I’ll have a good day job by then and starting my career.”