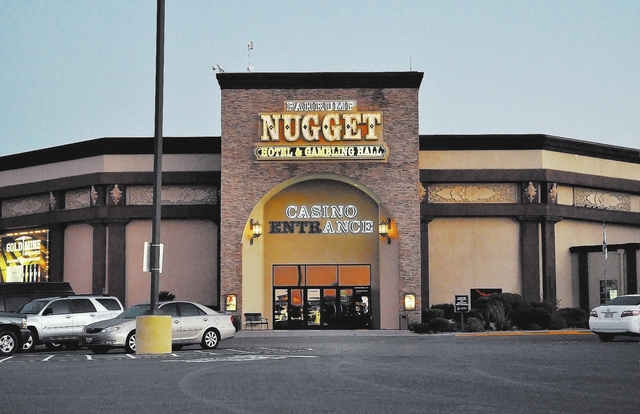 Golden Entertainment Inc., which operates three casino properties in Pahrump – The Nugget, Gold Town and Lakeside — is acquiring a company that owns four Nevada casinos, including the Stratosphere, for $850 million.

The deal with American Casino &Entertainment Properties also includes two Arizona Charlie’s properties in Las Vegas, as well as the Aquarius in Laughlin.

“This is a transformational event for our company, creating a significant gaming portfolio centered around Nevada-based casinos that, in addition to our Pahrump properties, will include two well-known Las Vegas local casinos, a destination resort in Laughlin and the iconic Stratosphere property on the Las Vegas Strip,” Golden Chairman and CEO Blake Sartini said in a release announcing the transaction.

The transaction, announced early Monday, will include $781 million in cash and about 4 million shares of Golden stock issued to the four casinos’ current owner, Whitehall Street Real Estate Partners 2007, a real estate equity fund managed by the Merchant Banking Division of Goldman Sachs.

In addition to the Pahrump properties and the Rocky Gap Casino Resort in Flintstone, Maryland., Golden operates slot routes with more than 12,000 machines in Nevada and Montana. Golden Entertainment also is the operator of the PT’s Pub chain in Southern Nevada.

The biggest part of the transaction, literally and figuratively, is the 2,427-room Stratosphere and its 1,149-foot tower, the tallest free-standing observation facility in the United States. The site, technically, is just off the Strip within the Las Vegas city limits.

Conceived by and built by Bob Stupak on the one-time site of his Vegas World casino, the Stratosphere opened with fanfare on April 30, 1996, but within six months went bankrupt. The company operating the property filed for Chapter 11 bankruptcy protection in January 1997 and it soon fell into the hands of Carl Icahn, who acquired outstanding bonds to take control of the property.

In April 2007, Icahn sold the Stratosphere, the two Arizona Charlie’s properties and the Aquarius to American Casino &Entertainment Properties for $1.3 billion.