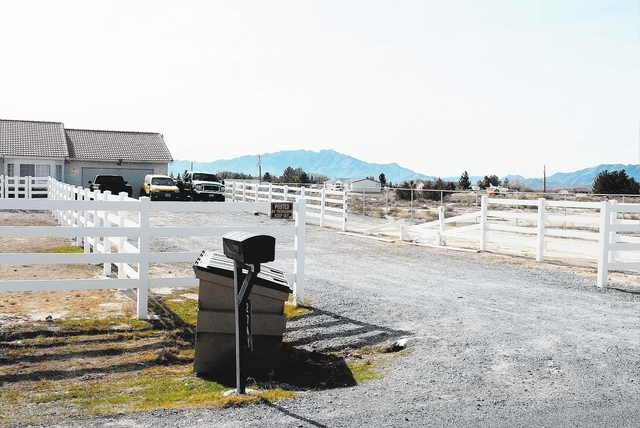 According to the coroner’s office, the boy’s death has been ruled an accident.

Chandler was fatally injured after he and a man were reportedly struck on Jan. 8 by a moving vehicle in the driveway of a home in the 2700 Block of West Blosser Ranch Road.

Pahrump Valley Fire Rescue Services and Nye County Sheriff’s deputies were called to the property at approximately 12:22 p.m. that afternoon for a report of a vehicle versus pedestrian accident.

Upon further investigation, police said Chandler had been left in the running vehicle while it was parked in the driveway.

At some point the vehicle reportedly began to move and an adult male on scene was struck and injured when he ran over and attempted to stop it.

Police said Chandler then attempted to get out of the moving vehicle when he was struck and injured by it as well.

When medics arrived on scene, they reportedly discovered witnesses giving CPR to an unresponsive Chandler.

The adult male complained of leg and back pain from where he had been hit by the vehicle.

The adult male was transported locally to be treated for his injuries at Desert View Hospital.

Chandler later succumbed to his injuries at UMC.

Sheriff Tony DeMeo said as of Tuesday the case remained under investigation.

Police are continuing to look at how and why the vehicle began to move. At this point DeMeo said it is being investigated as a tragic accident.

“Unfortunately there was the loss of a child,” DeMeo said. “We’re still investigating, but at this time we’re looking at it as an unfortunate incident.”