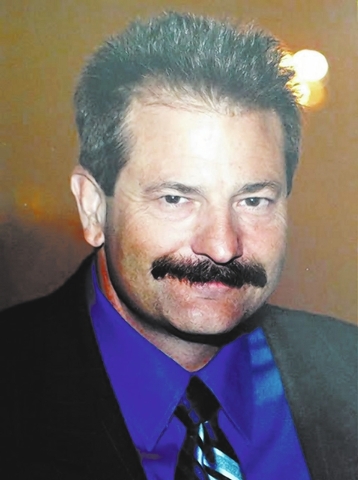 But he said the main asset he brings to the job is the A word: Administration.

Roberts teaches race instructors how to do their jobs. He looks at video cameras in the cars to see if customer service representatives did a good job and advises them accordingly. That sort of customer relations as well are something he feels the county assessor’s office can use.

“I’m pretty much an administrator,” Roberts said. “I review video on every instructor every month and I write up a report on them.”

“Our company is very proactive on publicity. If we have somebody who has a negative experience, whether they really earned that negative experience doesn’t matter. If they put it on all this social media, that’s going to drive customers away. So we’re going to check if they did their job right or not,” he said.

Roberts received his bachelors degree from the University of Nebraska. His significant other is Fifth District Judge Kimberly Wanker, who lived in a nearby town in western Nebraska; Roberts said they started dating when they were both undergraduates in college and have been together 29 years.

Among his other jobs, Roberts said he sold life insurance and health insurance for a State Farm agent in Colorado and has worked on rental properties.

Roberts said he’s lived in Nevada for 25 years. He was regional executive for the Las Vegas region Sports Car Club of America for roughly nine years, until he faced term limits; he said during his term the club grew from about 150 people to 350 people.

As head instructor at Spring Mountain Motor Sports Ranch, Roberts said he basically wrote the curriculum for the Radical and Lotus driving schools.

Roberts said he’s never set foot in the county assessor’s office. He said initially County Assessor Shirley Matson wasn’t going to run for reelection, so he put feelers out in the community.

Matson said Monday she hasn’t decided whether to seek re-election and has plenty of time to think it over. The filing period isn’t until March 2014.

After he decided to run, Roberts manned a booth at the Pahrump Fall Festival; he went as far away as Railroad Valley Days in remote Currant and visited Tonopah several times.

“I had people approach me and asked me if I was interested in running for the position. When I looked at all the requirements, I decided I would run,” he said.

“Most of my time is spent managing people and getting them to do their job correctly,” Roberts said. “My job is running the office, making sure people are doing their job in a timely manner, which is one of the problems in the office currently not happening.”

Roberts used a football analogy to describe the assessor’s office and dealing with employees.

“It’s way easier for me to get you to do better than to replace you. It takes a long time to get somebody up to speed. My job is to play coach. When I see something wrong, I’ll tell you how to fix the problem. It’s not a person to go rant and rave. It’s how we can play better as a team. With a limited number of players, you need everybody to play their position,” he said.

He said the current assessor’s problems — Matson was fined after an ethics complaint against her and has been in trouble recently for mishandling a piece of county mail addressed to the FBI — have nothing to do with his candidacy. But he criticized the current assessor, who threatened to fire some of her employees, claiming they had personal agendas against her.

“Who are you going to replace them with? I’ve talked with a couple employees in the office, they worked here a number of years, they know their job,” Roberts said. “They’re not working a personal agenda there. Well, if you go into an office and say everybody has a personal agenda, well, elected officials may have a personal agenda.”

Roberts said he’d work during the first two years of his term on obtaining his assessor’s license.

“My goal once I’m in office, will be once I get my license to follow up the assessors to learn how they actually do their job. Nye County being one of the largest counties in the country, there’s a lot of territory. I’ve been in a few towns around the county. That’s a pretty daunting job,” he said. “A lot of the job is paper trail, not getting the paperwork caught up. I know that from talking to people in the treasurers’ office. It holds their job up. Things get bottle-necked.”

Roberts didn’t comment on Matson’s legal or ethical woes. He said he’s not part of law enforcement and doesn’t have any insight into the problems other than what he reads in the newspapers.

“I will tell you as Nye County Assessor I will be the county assessor. I will not just stay here in Pahrump. I’ll go throughout the whole county. There’s an office in Tonopah, that’s the county seat and unless that changes, I’ll go there. There’s a lot of communities and they all need their direct official to talk with them. One of my goals is to bring dignity back to the office. Honestly, when I talk to my friends in Las Vegas who are aware of this, they think of Nye County as a laughingstock,” Roberts said.

He feels optimistic about his chances in the election.

“Of course, I’m running on the Republican ticket. That’s my plan at this time. Some folks are Democrat. I wish the county positions were non-partisan, because I don’t think the partisan comes into play too much because I’m not a lawmaker, I’m an administrator,” Roberts said. “We’re not making the law, we’re just following the rules.”