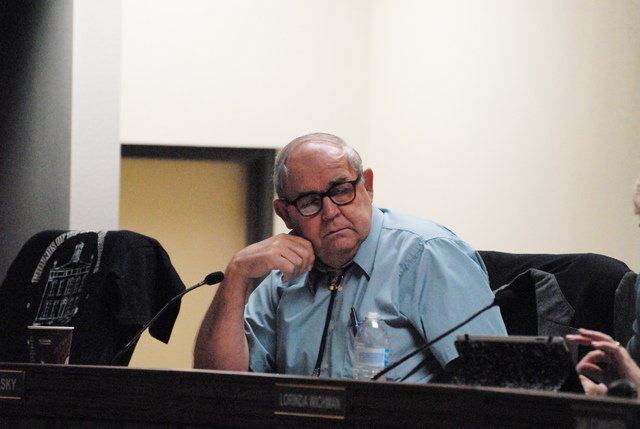 Nye County Commissioner Butch Borasky is exploring the viability of opening a county-owned Pahrump firearm shooting range at no cost to the taxpayers. He made the announcement at a meeting of the commission on March 3.

The obstacle, he said, is funding the project, which he hopes can be done by forming private-public relationships and seeking grant funding from different sources such as the Department of Homeland Security.

Pahrump residents have sought him out with the request, he said. A nearby firing range is available, located several miles outside of Pahrump on Bell Vista Drive. That shooting site is located on BLM managed land, he said.

Borasky said the timeline for the project is two years, with many unknown variables. Berms must be created and sound barriers implemented, in addition to addressing a multitude of other issues including property maintenance.

County emergency services personnel and sheriff department personnel support the proposal, he said, because it could funnel Department of Homeland Security funding into the county.

Borasky said he hopes to report his initial findings to the Nye County Commission in April.

The only privately owned shooting facility in Pahrump is Lone Wolf Shooting Range, but it is closing is September.