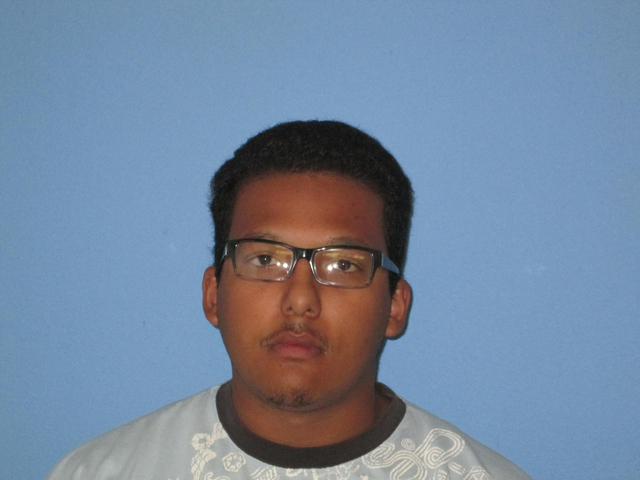 A social media posting has led to the arrest Monday of a Pahrump man and woman on solicitation and prostitution charges after police responded to a Craigslist ad.

Michael A. Estrella was arrested and charged with violating parole, accepting/receiving earnings of a prostitute, conspiracy to solicit for/engage in prostitution and adult pandering. He was held on $12,500 bond.

Jannette Jordan Robertson was arrested and charged with solicitation/engaging in prostitution and conspiracy to solicit for/engage in prostitution. She was held on $3,640 bond.

Nye County Sheriff’s detectives located the advertisement that led to the arrest in the casual encounters section of the website Craigslist.

According to a sheriff’s arrest report, the advertisement depicted a photo of a young woman who is 18 and looking for a guy, providing sex and was always available.

The ad made reference to the woman, later identified as Robertson, as living in Pahrump.

Authorities made contact with Robertson, who allegedly offered sexual services for $100.

While setting up an appointment to meet at an address along South Linda Street, a detective, according to the report, could overhear a male’s voice in the background telling the woman what to say.

Sheriff’s records identified the man living at the Linda Street address as Estrella, 21, a registered sex offender, according to the Sheriff’s Office.

Estrella allegedly told officers that the woman was engaging in prostitution.

According to the report, Robertson told detectives that Estrella had no source of income and both worked landscaping, which covers only the rent and utilities of their trailer.

Detectives also said Robertson told them that all of the money Estrella had on his person was from her services as a prostitute, while noting the money that was earned was to go for vehicle repairs and meals.

She reportedly told officers, the decision to solicit sex on the website was a mutual decision she and Estrella made.

The report also stated that Estrella made the ads and handled all of the corresponding emails from individuals looking to purchase sex from the woman because she was “horrible at handling money.”

The cash confiscated from Estrella amounted to $280, $100 of which was the cash used in the undercover operation.

Officers said the money was scanned and printed prior to leaving the Sheriff’s Office.

The money was then matched by the serial numbers on the bills.

Prior to the arrests detectives said the undercover officer met with Estrella and Robertson at an undisclosed location where the officer followed both suspects to their trailer.

The arrest report made sure to note that no sex took place between the undercover officer and Robertson.

Both Estrella and Robertson were transported to the Nye County Detention Center where they were booked into custody.